by RealFix
in General, Must Read, Relationships
0

A besotted elderly couple celebrated their 60th wedding anniversary at a care home – on a virtual TRAIN.

Kenneth Hudson, 87, and his wife Anne Hudson, 83, enjoyed a two-course meal on the incredible recreation of a train carriage inside the home to toast their special day.

It was the first time the couple – who met 66 years ago when Ken ‘stole some of Anne’s chips’ – rode together in the newly built carriage installed in February 2019.

Using seats donated from an old steam engine – courtesy of the Keighley and Worth Valley Railway – care home staff decided to build residents the realistic train. 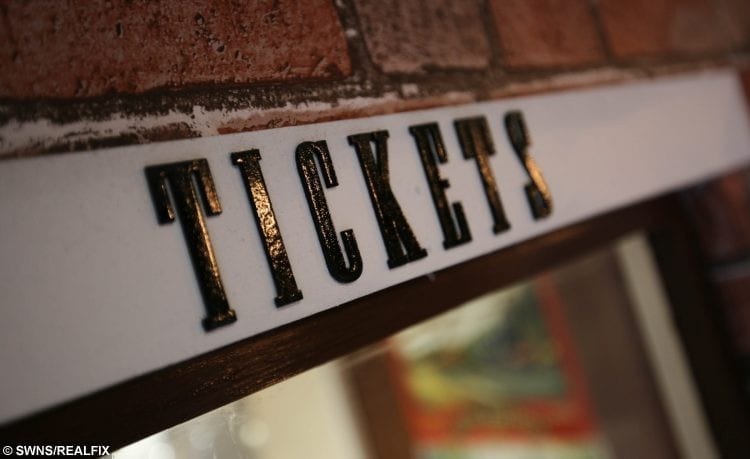 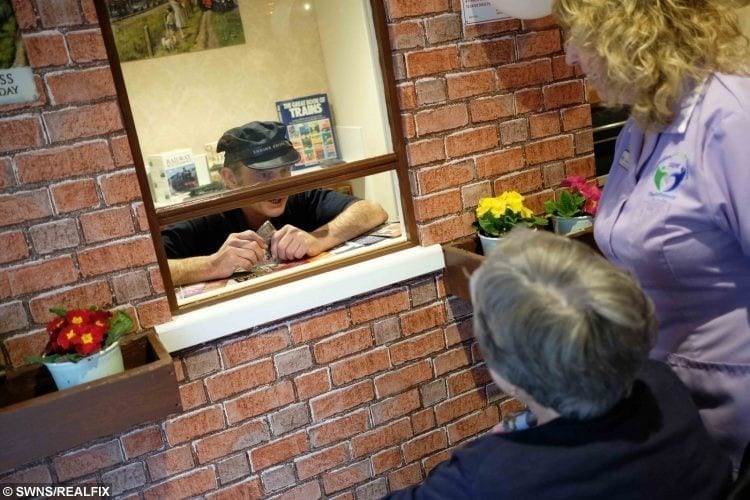 The eight-seater ‘carriage’ in the Gateway Care Home in Bradford, West Yorks., allows residents and their families to experience the thrills of the track without needing to leave the comfort of the home.

The Gateway Express comes complete with rolling countryside views and staff at the care home have even built a ticket office to complement the experience.

Trips available on the train are “limitless” and include the Yorkshire Dales, the Scottish Highlands and the valleys of Wales.

Anne, visibly emotional when she saw the carriage for the first time, said: “I think it is absolutely fantastic.

“It is so posh, it is fabulous the way they have done it.

“It really does feel like we are on a train, with the noises and the scenery. I haven’t been on a train with Ken for over ten years so this is amazing.” 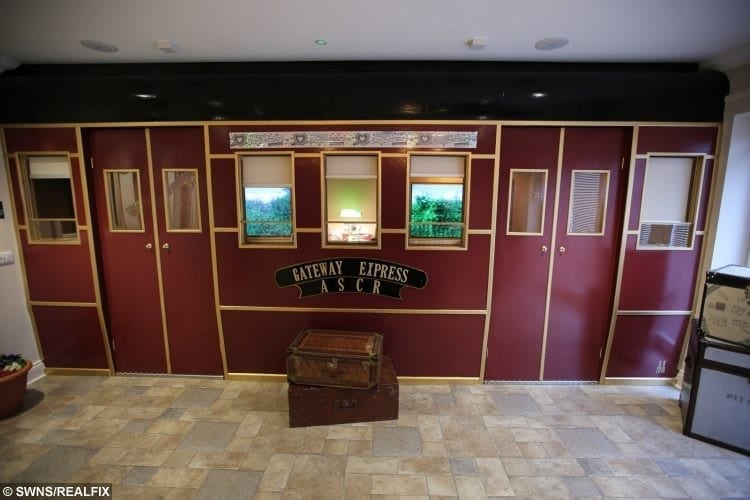 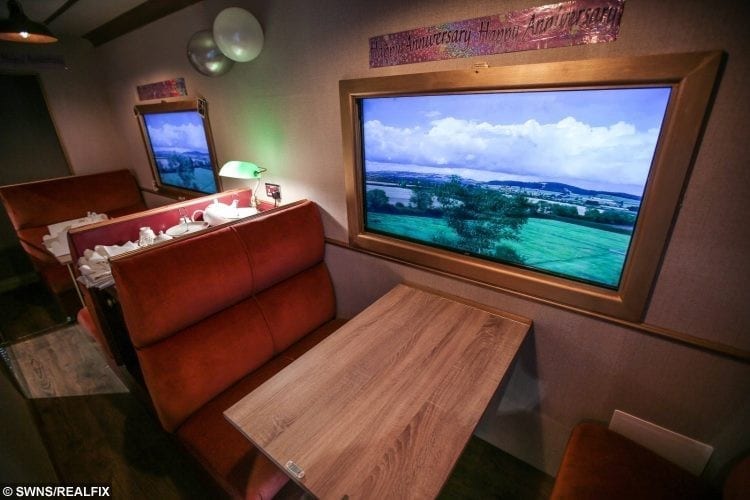 Many of the residents in the home have advanced dementia and deputy manager Sarah Moore said the train is “their way to escape and be able to relive past memories”.

Residents are allowed to pick their ‘journey’ from a range of options and can enjoy a meal served on a white linen table cloth – reminiscent of old trips they may have taken.

Sounds including a train whistle and rumbles on the track are also played to make the experience as authentic as possible for the ‘travellers’.

Flat screen TVs were installed as the train ‘windows’ during the three month build.

The train ‘opened its doors’ in mid February 2019 and residents have loved the high-tec new addition to their home.

Deputy manager of the home, Sarah Moore, 29, said the train has already made a huge difference to the residents. 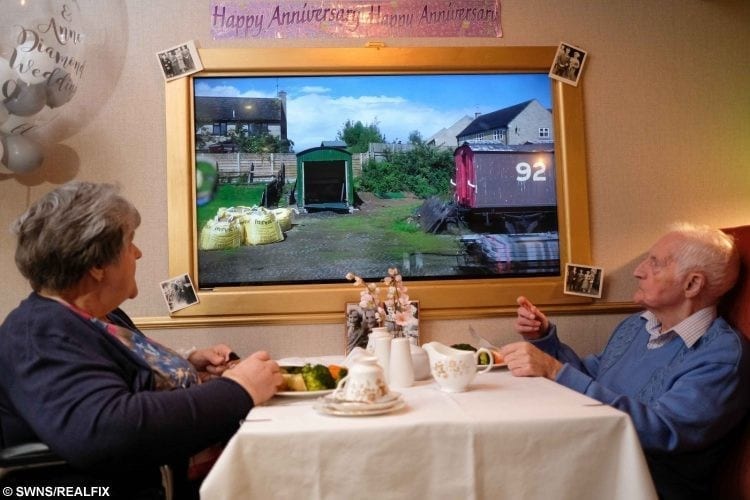 She said: “Everybody has absolutely loved it, it gives them an opportunity to escape.

“Within the home we have so many train enthusiasts who love to just come and sit in here all day.

“It is very relaxing for the residents.

“Some of the people here were World War Two refugees whose first experience was the evacuation so this gives them such an amazing experience.

“We have memorial benches to remember residents who have passed, flowers which have been planted by our residents during a Monday gardening club and a full ticket booth to recreate the whole experience.

“Residents with dementia can often become a little overwhelmed when they are outside so to be able to bring the experience to them is fantastic.”

Anne, a retired barmaid, recalled the moment she met Ken, who worked as a joiner for his entire career, more than 66 years ago.

She said: “I was walking down Manchester Road in Bradford with my friend when two lads came running over.

“They were talking to me and next thing I knew Ken had stolen all of my chips.

“It all started from there.”

The loved-up pair married in 1959 in a church on the same road where they had first met – and have been together ever since.

Anne now visits Ken – a resident of the home who has advanced dementia – as much as possible.

She cried when she saw the anniversary balloons and flowers which adorned the carriage. 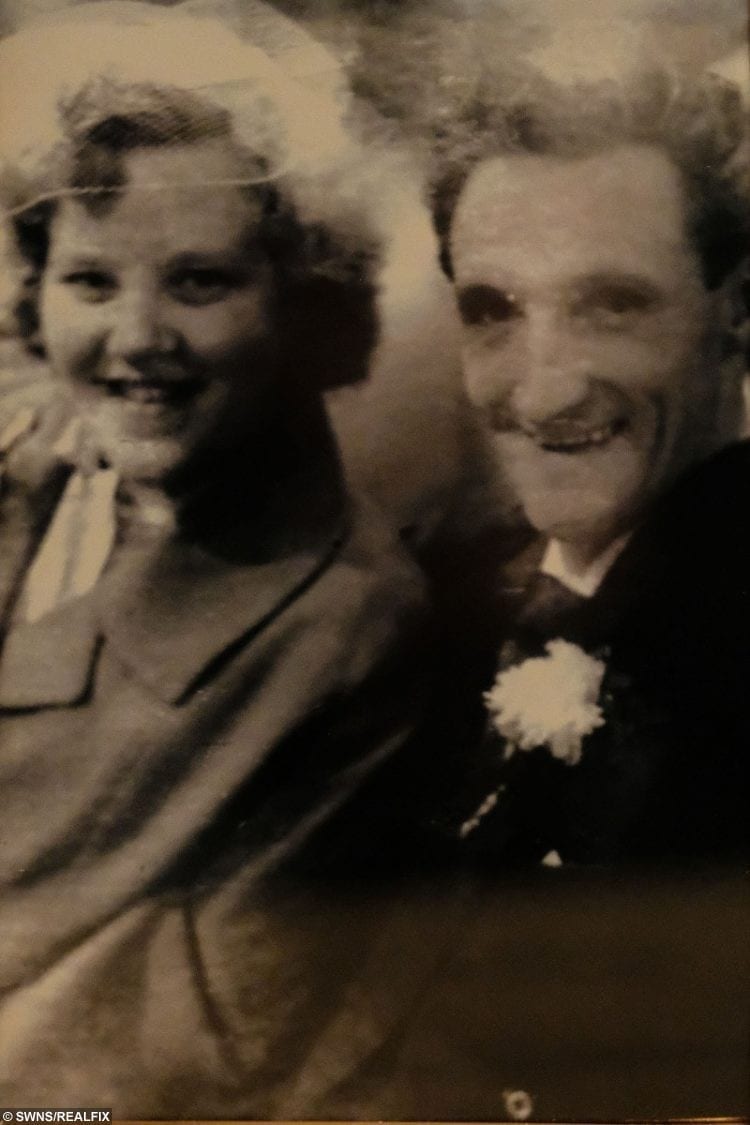 The couple, who have one daughter named Beverley-Anne, even queued to buy a “ticket to paradise” at the fully functional ticket booth outside the carriage – complete with a ‘station master’.

Ken had chosen a Cambridgeshire-Warwickshire journey and the couple enjoyed a salmon main course and custard pudding on a china set inside the carriage.

Sarah said the most requested journey was the Scottish Highlands but residents can choose almost anywhere in the world to experience.

Social media users reacted to a viral video of the train posted on Facebook – which has been viewed more than half a million times in less than two weeks.

Many people said their parents or relatives would love the chance to experience the train. 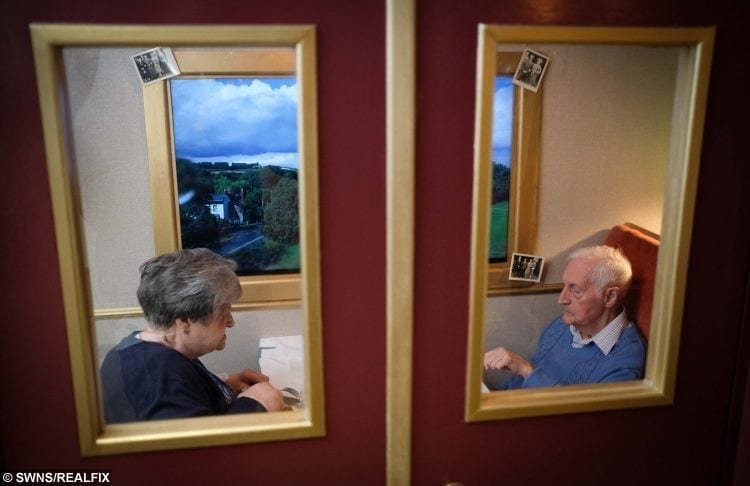 One said: “What a lovely idea especially for those residents who may be too frail to venture out and a good reminiscence opportunity with their friends, carers or family.”

Another added: “We need her kind of thinking in every Care home. It’s sad to see elderly people who gave so much, sit in chairs sleeping or watching tv.

“This is a fantastic idea so well done.”