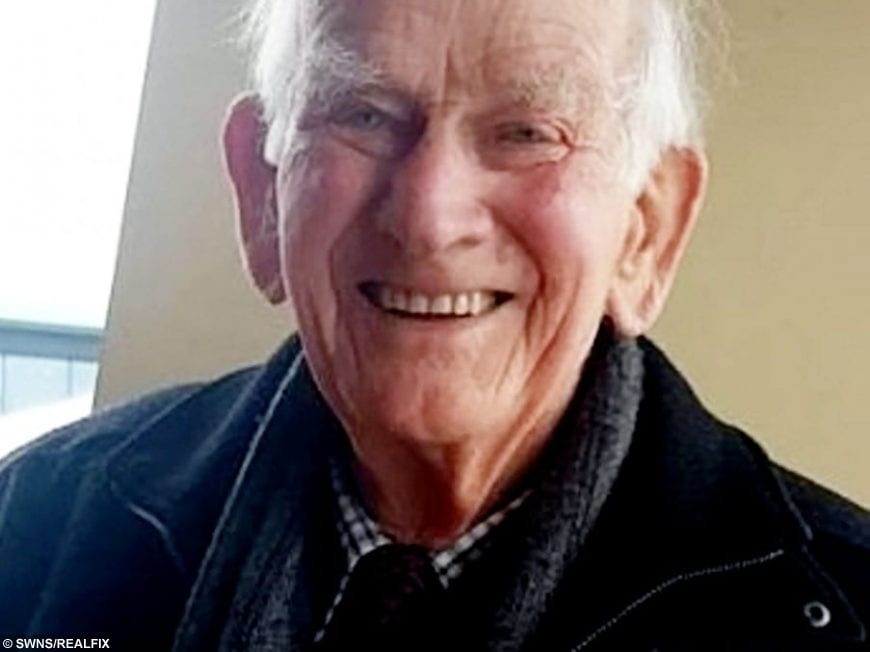 The body of a 91-year-old pensioner who went missing from his home following the death of his wife has been found in a river near Warwick Castle.

Officers had been hunting for Ronald Lovell who disappeared in the middle of the night on Sunday, October 13.

Mr Lovell, of Old Milverton, Leamington Spa, Warks., was last seen by neighbours at 6pm that when he dropped off some magazines at their home.

But when they went the following morning to drop off the Sunday paper, he wasn’t in the house and the key was left in the door.

Family members described his “disappearance” as completely out of character but revealed the widower had “lost confidence” since his wife Edna died earlier this year.

Rescue teams with specialist dogs had been searching for the missing pensioner in helicopters and boats after Warwickshire Police launched an appeal to track him down.

But sadly, the force confirmed that a body found in the River Avon near Warwick Castle on Saturday (26/10) is believed be that of Mr Lovell.

Detective Inspector Jim Rankin, from Leamington CID, said: “While formal identification is yet to take place, the body discovered on Saturday is sadly believed to be that of 91-year-old Ronald Lovell who went missing from Old Milverton on Sunday, 13 October.

“We are not treating the death as suspicious at this time and our enquiries are ongoing to establish the circumstances surrounding this death.

“Our thoughts remain with all of Ronald’s family, who are being supported by specially trained officers.

“Finally I would like to take this opportunity to thank Warwickshire Search and Rescue who have worked tirelessly in the search for Ronald, and I would also like to thank the local community for all of their support which has been a vital part of our investigation.”

His niece, Rachael Hamish Lovell spoke of her devastation in a heartbreaking Facebook post over the weekend.

She wrote: “Words can’t describe the pain , even at 91 you had so many years left , life really isn’t fair.

“I didn’t even get to say good bye to you, you were so loved by everyone who had the pleasure of meeting you, your warm kind blue eyes and big bright smile.

“I will never forget your face, You were just one of a kind, a true gent.”

Floral bouquets have been laid on a bench overlooking the river where he was found along with tributes.

One read: “In loving memory of this local Milverton man Ronald Lovell may you be at peace now.

“Will be greatly missed by family, friends and the local community. You were missing for a while but now you have been found, you can be at peace.”

Rachel had previously appealed for information about her uncle’s disappearance after left behind his dentures and medication for heart problems.

She said: “He is so bright and it is just so unlike him to leave the house on his own, especially in the middle of the night.

“He has no dementia or confusion problems, he is sharper than me most of the time. When the neighbours saw him Saturday evening, he seemed his normal self.

“It just feels like he has been abducted by aliens.”

She also wrote on Facebook earlier on the day he was found: “Please tell me how your supposed to just get on living your life when someone so close to your heart is missing.

“I just feel this massive guilt like I shouldn’t be doing anything,even the most simplest things.”