Bow-wow and arrow: puppy survives being shot with a foot-long dart

by RealFix
in Animals, Crime, General, Health, Most Popular
0
121
SHARES
123
VIEWS
Share on FacebookShare on TwitterWhatsapp

A puppy had to undergo emergency surgery after swallowing a foot-long ARROW.

The owners of 12-week-old Loula rushed her to the vets last week because she wouldn’t stop vomiting.

They had assumed she had swallowed a pen, having found a chew-up lid in the house, but the 18-inch-long puppy had actually eaten something almost as long as her.

But following an X-ray, they were stunned to see the arrow – which was almost as long as the Staffordshire Bull Terrier – lodged in her stomach and digestive tract. 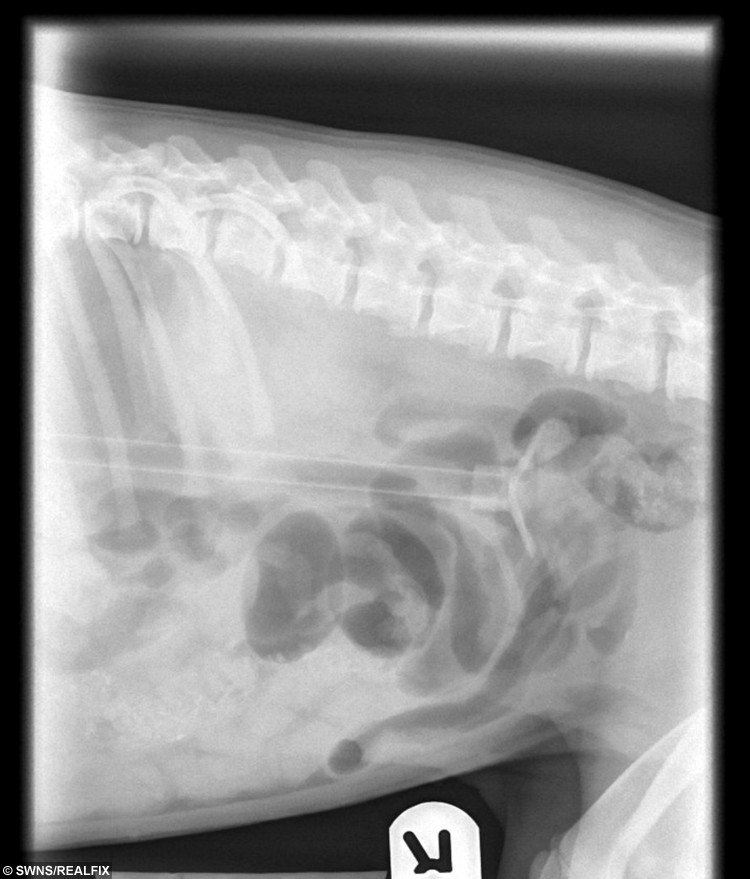 Vets carried out swift abdominal surgery to remove the object, which turned out to be a toy arrow complete with a bright orange suction cup.

Head nurse Jane Lewis said: “The arrow was a whopping 30cm long – almost as long as Loula herself.

“She is recovering well from her ordeal and is now resting at home with her family.”