Tattoo fans were queuing for over seven hours for the chance to have a free inking – but they have no idea what they’re getting.

Hundreds of people lined the street overnight for their chance to put their arm through a hole and receive a tattoo from celebrity inker Scott Campbell.

The project, entitled Whole Glory, started in New York last year, encourages people to “be less conscious about their physical self” and put their arm through a ‘glory hole’ for a mystery design.

A raffle determines lucky winners, with numbers called on the hour between 11am and 4pm across the weekend.

This is the first time the project has come to London, taking place at Covent Garden’s Lazarides Gallery in central London. 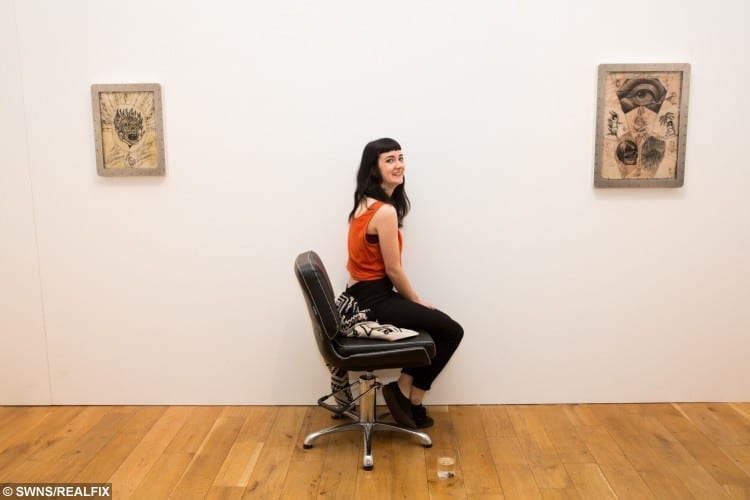 Lucky first winner Holly Gordon, 25, a student from Inverness, said: “I’m so excited. I’ve been queuing for an hour-and-a-half.

“I already have a couple of tattoos so I’m not too scared.

“I didn’t tell anyone because I didn’t think I’d get a chance to have it done.

“It’s fun and it’s different, I like not knowing what to expect.”

Her arm emerged an hour later adorned with an intricate geometric ray design, featuring a detailed eye and pattern.

She added: “I am so happy with it, it’s absolutely gorgeous.

“I’m so shocked, happy and relieved.

Holly Tighe, 24, from York, and Andy Levitt, 31, from Leeds, were first in the queue in their bid to be inked.

Eager Holly joined the queue at 2:30am in her bid to get her first tattoo.

She said: “I was just super excited to try and get a tattoo.

“My friend brought me along but I thought ‘f**k it, if I’m going to get a tattoo I might as well do it this way.

“It wasn’t about him necessarily, my friend was the driving force, but I just thought I’d come along.” 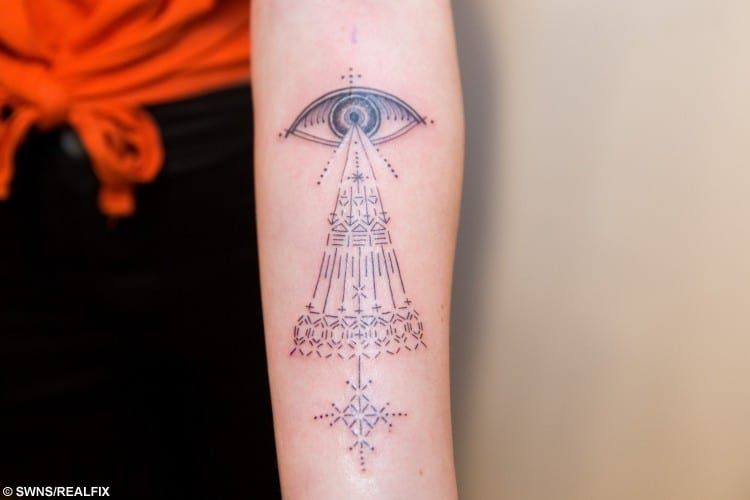 Die-hard tattoo fan Andy, 31, had been queuing since 3am.

He said: “His artwork is astounding, I love his work.

“It’s very hard to get in with him, so it’s all or nothing.

“I don’t care what it is, I’d have anything from him.

“I have ten tattoos already but you can never have enough tattoos.

“I’ve got work this afternoon but I’ll be back after.

“I’ll stay until Sunday if I have to.”

Love rat conman JAILED after fleecing partner out of £10,000

Love rat conman JAILED after fleecing partner out of £10,000