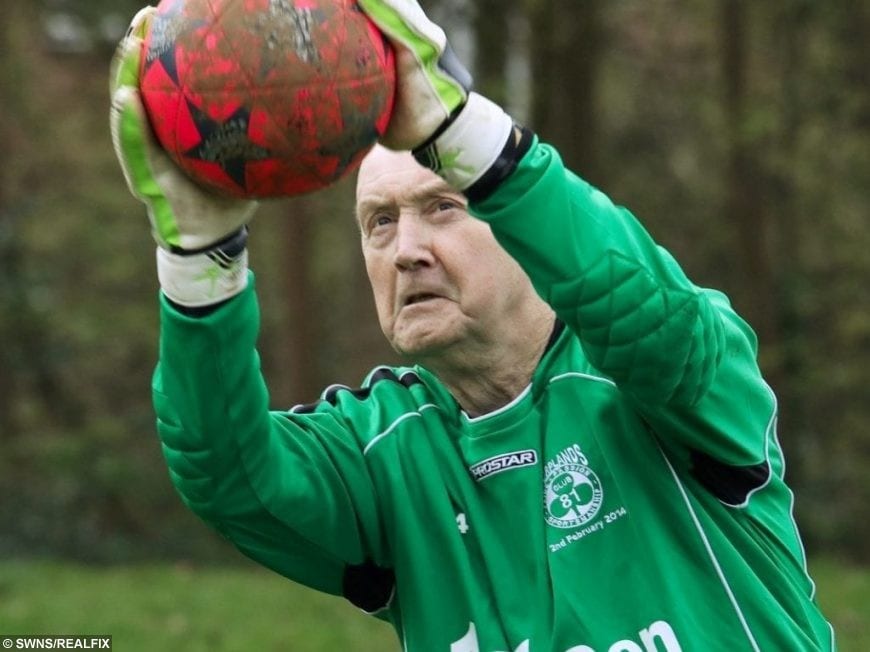 The pensioner is secretary for eight teams in his home town of Northampton, including a veteran’s team which he also plays in most Saturdays.

He was also awarded the Barclays Community Sports Award for his community football work. 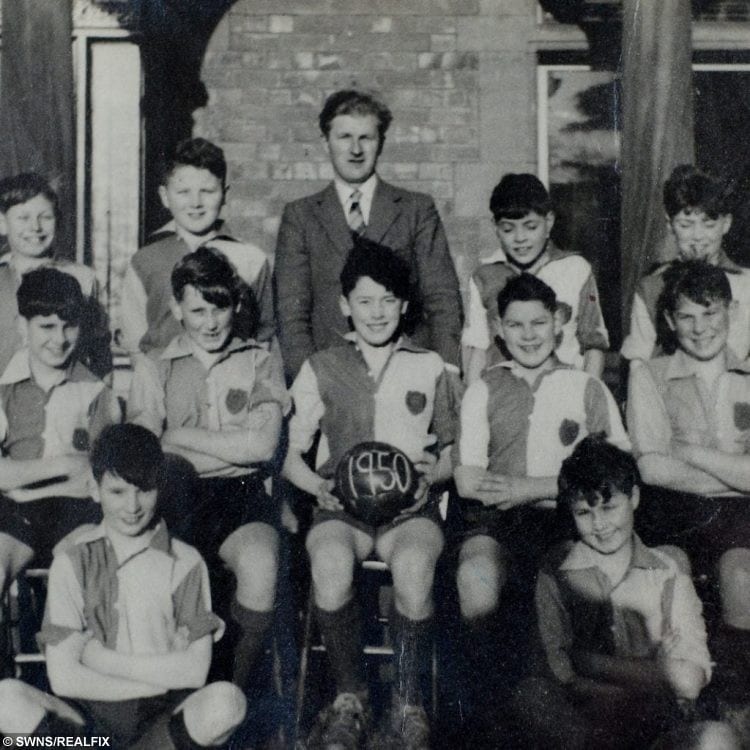 The Wolverhampton Wanderers fan said: “I’ve been told you have to be mad to be a goalie, so I guess I must be bordering on that as I’ve done it for so long.

“I love chucking myself around the goal like a lunatic.

“I’ve had lots of bruises but amazingly I’ve never had any serious football injuries in more than 70 years.

“I’ve got arthritis in my hands and my joints and knees are stiffer than they used to be but I still love it when I make a good save.

“I turn 80 in June and I’ve got no plans to stop playing. I will play for as long as my body lets me and of course, if I’m still picked for the team.”

Mr Lee began kicking a ball in the playground when he was six and joined his school team four years later.

He has since played for six teams, initially as a centre half and for the last six decades as a goalkeeper.

He said: “When I first started playing I went in any position I could just to get a game. But since 1949 I have played in goal, I just really enjoy it.

“I’ve got a knack for knowing were the players are going to shoot and it’s a matter of pride for me to get my body in front of the ball.”

Mr Lee formed Thorplands Club 81, a Sunday League team with his workmates, after he left the RAF in 1974. 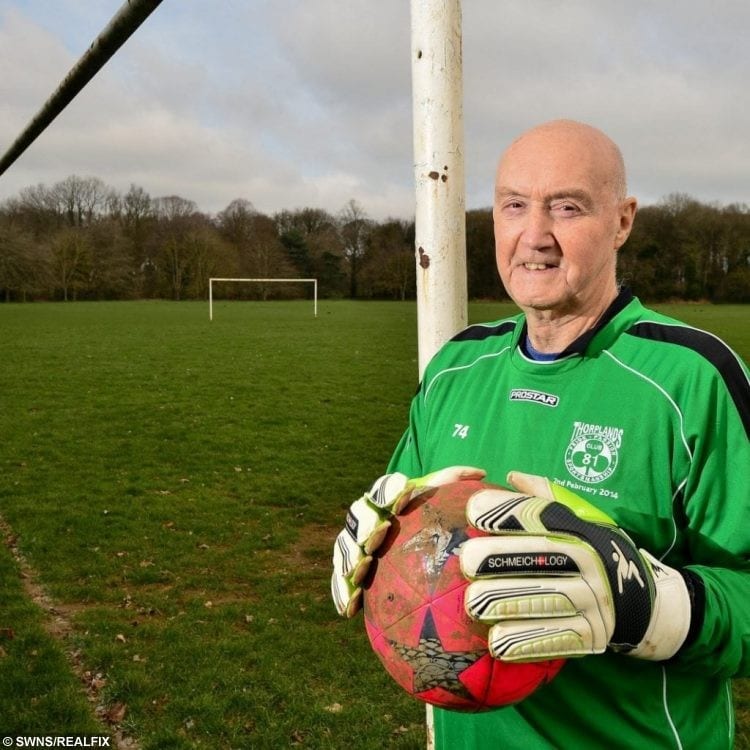 Since then he has established three additional adult teams, three youth teams and the RAF veterans’ team, which he founded to help older players exercise on a regular basis.

He now plays with his son Colin Junior, 50, and his grandson Tom, 21, who are members of the same team.

Mr Lee said: “It is wonderful to play with my son and grandson.

“Unfortunately Colin has the same knee problems I’ve suffered with but it’s great when we all turn out for the same team.

“I can still play a full 90 minutes but I also do a lot behind the scenes and we’re currently trying to build a new club house and community centre for the future generations.”

Mr Lee, who has three grown-up children and eight grandchildren, is supported by his second wife Joy, 66, who watches him play.

He said: “Joy is great and supports me. She even helps me train and often kicks the ball for me on the park.

“She knows how passionate I am about football and she’s been a great supporter of mine.”

Mr Lee’s all-time football hero is Manchester United midfielder Ryan Giggs, and his top goalkeeper is Bert Williams, who played for England from 1949 to 1955.