One of Britain’s oldest punk rockers has finally settled down – after tying the knot at a Sex Pistols-themed wedding.

Johnno, a retired council worker, also shunned more conservative wedding traditions by wearing a ring not only on his finger – but also one through his nose and his ear.

The self-confessed rocker even went a step further and wore a kilt over a pair of red, side-strapped trousers and topped the look off with a bright red beret.

The couple were joined by a host of guests for the nuptials at Leicester Town Hall’s registry office on Friday (9/9), with many choosing to follow suit by wearing similar punk attire.

But others opted for more formal attire, wearing more traditional cardigan and skirt or jacket and slacks combinations.

The loved-up couple, who live in Netherhall, Leics., met in the Humberstone Park cafe more than three years ago.

Love blossomed and Johnno proposed outside the cafe where the couple still celebrate the anniversary of their meeting and even enjoy Christmas dinner there.

Johnno cites himself as the biggest fan of The Damned – the first punk rock band from the United Kingdom to release a single, “New Rose”, in 1976 – having seen them 1,000 times, now even introducing them at gigs. 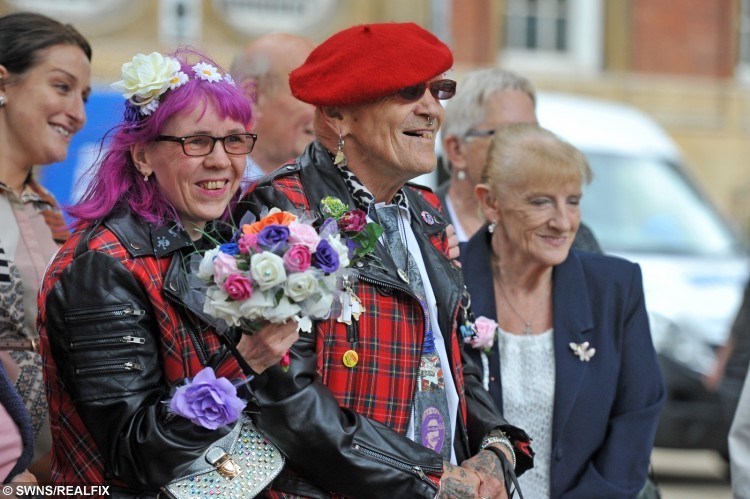 Johnno, who claims to have been to a whopping 12,000 gigs in total since the 60s, following various music genres before falling in love with punk, said: “Getting looked at for the way you dressed was worse 40 years ago, but people accept it more now.

“I first got into The Damned when I went to a T-Rex concert and they were the support act. I’ve been their biggest fan ever since. 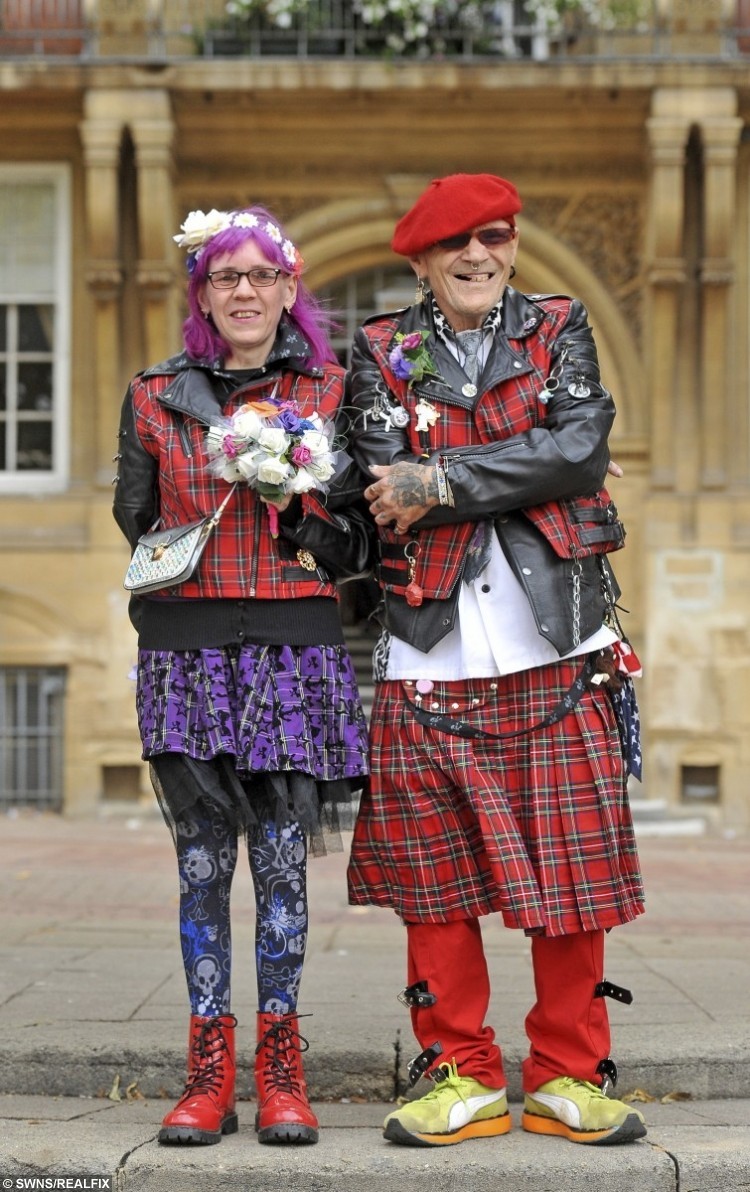 Speaking about the day the pair met, Elaine, who is from Bury, Lancs., said: “Johnno had missed the bus and came into the cafe saying he was fed up of people looking at him in his clothes.

“I said there was nothing wrong with the way he was dressed and they were probably upset because he looked better than them.

“He is quite a fascinating man, he knows so many people.”

Several of the couple’s friends they regularly meet in the cafe on Tuesdays were there to celebrate the couple’s nuptials and reception at The Shed live music venue in Leicester for a night of punk music.

You will never guess what happened to this student after a night out...