Brits lose estimated £155 million down the back of the sofa each year!

A new study has found that British households lose an estimated £155 million down the back of their sofa each year.

The survey by furniture manufacturer, DistinctiveChesterfields.com, found that households lose an average of £5.77 in loose change to their sofa each year – equating to £155,790,000 across 27 million homes.

But it’s Londoners who keep careful tabs on their money, with a fifth only finding up to five pence when hunting for spare change – compared to a national average of 27p.

Whereas those in the East Midlands are coining in the cash, raking in an average of 32p per search.

But some horrors lay lurking in the darkness as well, with those surveyed admitting to finding mouldy pizza, dead mice, used condoms and even other people’s underwear within the furniture.

And a shocking 27% of people admitted they cleaned behind the couch cushions less than once a month – despite 40% of respondents spending between three and four hours slumped on the settee each day.

Over 10% of the 2,000 people surveyed said they spent a staggering 5-6 hours sitting on the couch but 5% of people surveyed in Wales, found seven hours or more to relax. 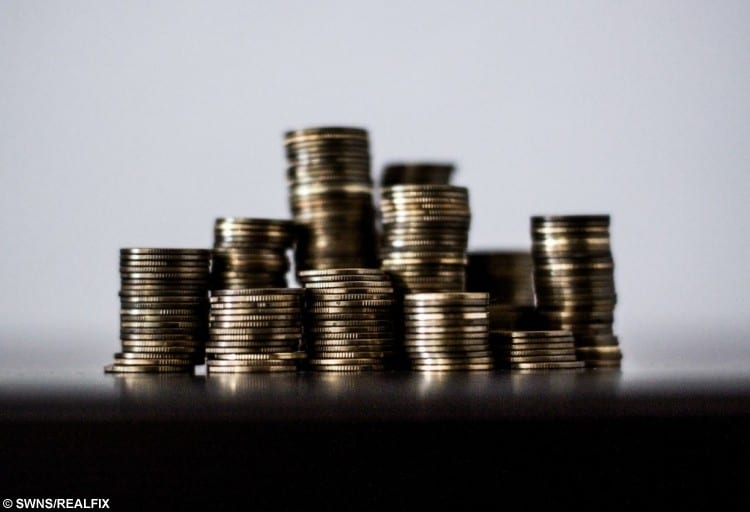 Meanwhile, 7% of people fall asleep on the sofa at least once a week, with 3% finding themselves snoozing there as a daily occurrence. Over half of those living in the North West said they would never be found sleeping on the couch.

The average household reckons they have £5.38 in loose change around the rest of the house at any one time, equating to £145,260,000 of loose change hidden in British homes.

Over a quarter (26.8%) of residents said their children were the biggest culprits when their belongings went missing, including pens, lighters and hairbands, with half of respondents saying that their bedrooms were the second most-searched room in the house for lost items.

Steve Laidlaw, director at Distinctive Chesterfields, said: “No one likes to lose their hard-earned possessions, but at least having recognised the couch as the most likely culprit, we know where to begin our search!

“With Christmas around the corner, you could have a fair stash of cash at your fingertips – great for some decent stocking fillers or some wine for those unexpected guests – simply by having a quick scan under those pesky cushions!”