A cheeky driver is accepting donations to help pay for parking tickets – after racking up £350 in fines.

Six yellow parking fines have been placed on the windscreen of the silver Fiat Punto – alongside a ‘donation note’.

The note explains how the owner parked the car on the street in Plymouth, Devon, on Christmas Day, before getting drunk and losing his keys.

The note is titled ‘donations for my parking fines’ and has an arrow pointing to a cup below, which has been steadily filling with cash. 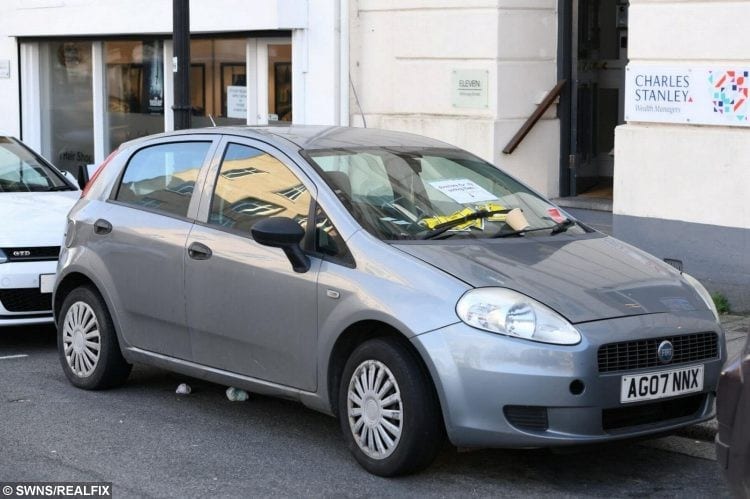 The message, which has been taped to the windscreen, says: “I left my car here on Christmas day.

“Ate three roasts, half a box of Quality Streets and smashed a bottle of Fireball Whisky. I’ve lost my keys.”

Alongside the £350 in parking fines, the car has also run out of tax and its MOT is due to expire on Saturday, January 12.