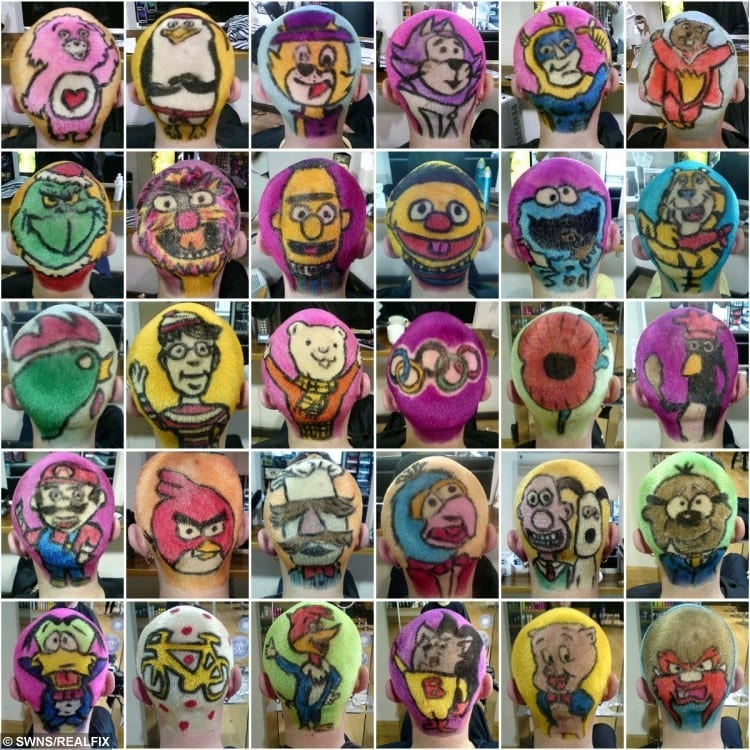 A chef determined to have a good hair day has spent £7,000 having a different design each month – including his latest design of a poppy.

Justin Harrison has spent 16 years having his colourful barnet re-designed and has sported such characters as: Sylvester the Cat, Tony the Tiger, Wallace and Gromit, The Grinch, Cookie Monster, Sonic and the Olympic rings.

And now, in the wake of Armistice Day and as Remembrance Sunday approaches, he is sporting a patriotic poppy

Despite the hefty financial cost Justin, 44, has no plans to stop – because it makes people happy.

The head chef from Holmfirth, West Yorks., said: “As far as I know nobody else is doing anything like so why not do it?

“I have been doing it for around 16 years and over that time, I reckon, I’ve had about 170 different hairdos. 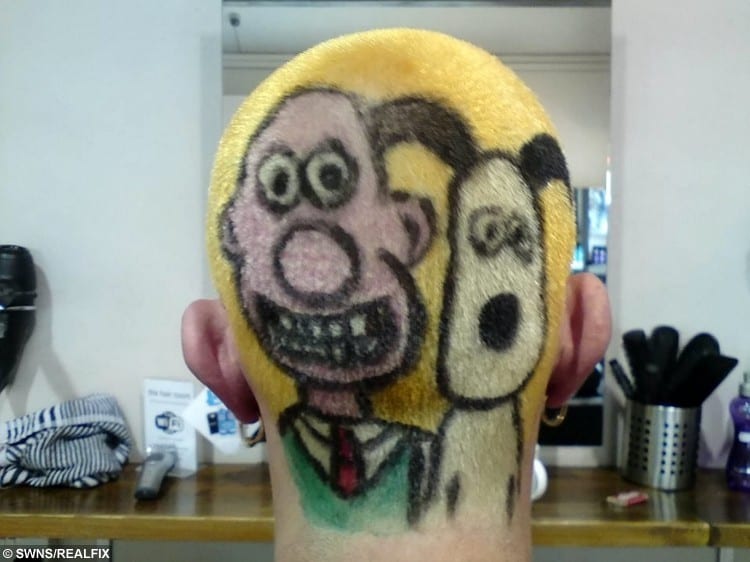 “The first design I ever had done was a small chess board and I’ve never looked back and I’m not going to stop while I still have hair.

“I work in a family restaurant though, so whatever I choose has to be relevant for ages five to 60.

“I go with whatever takes my fancy and its always a real talking point around town.

“People are always giving me ideas and asking me what I’m going to get done next.” 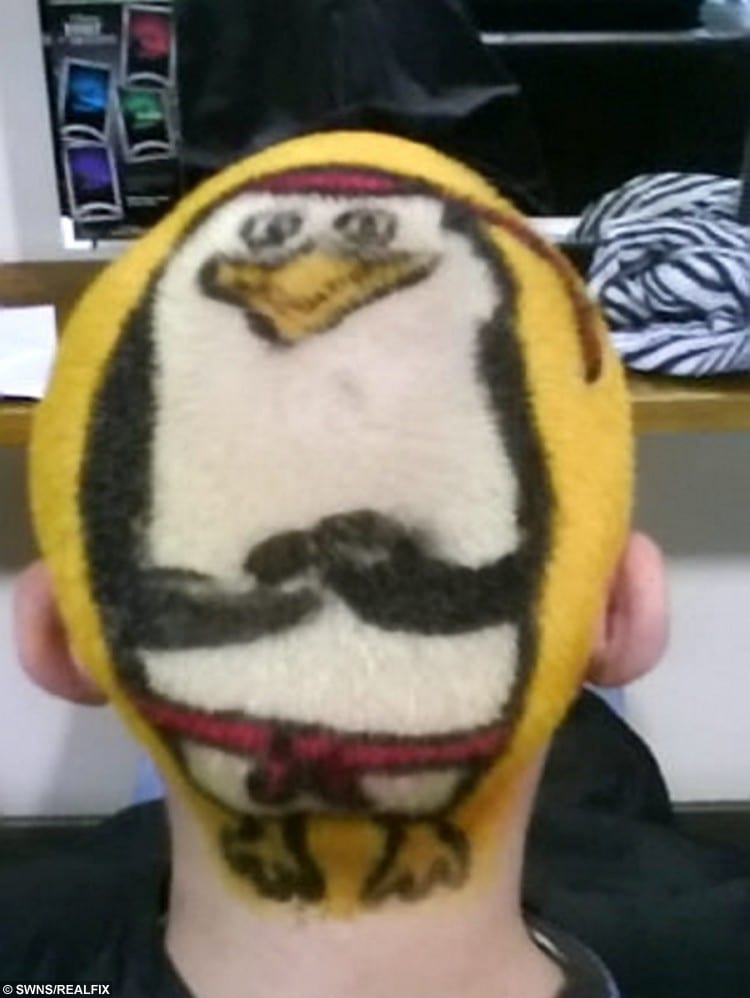 Always striving for originality, Justin can only remember one occasion when he has had the same design twice – a festive Christmas pudding.

“Christmas is always difficult to come up with something new, but this year we are thinking of a nativity scene.”

For the past 15 years Justin has been getting his ‘do done by Mark Harper at the Hair Room in Holmfirth. 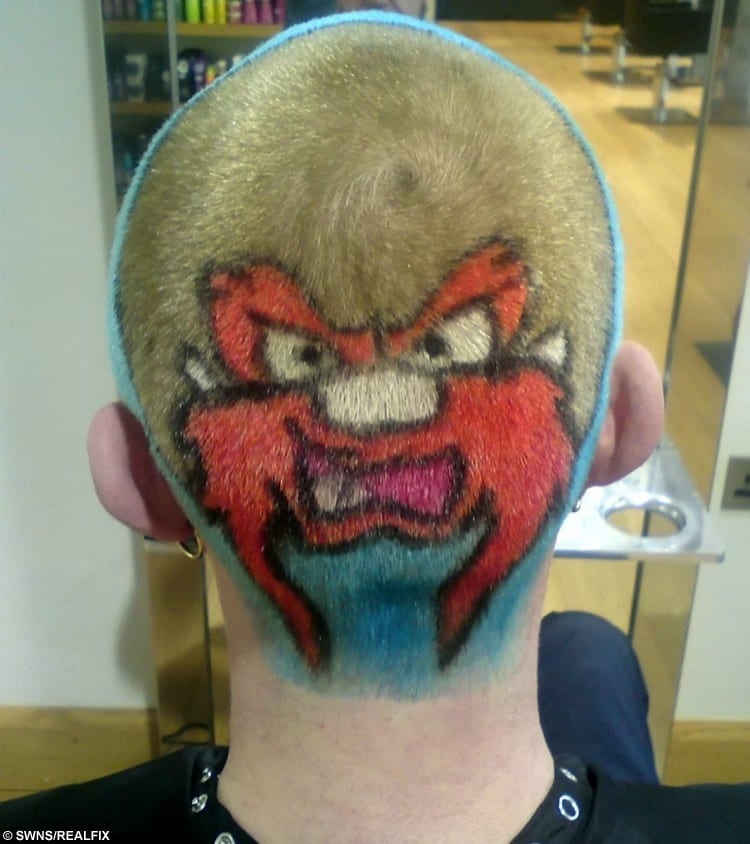 Each time it starts with his hair being trimmed down and the outline drawn in black – the colouring is done with hair dye.

Justin said: “I don’t think it’s done my hair any harm, its still here isn’t it?”

The chef, who is engaged to be married, said his fiance likes it well enough, but she doesn’t really have any other option as he’s not stopping anytime soon.