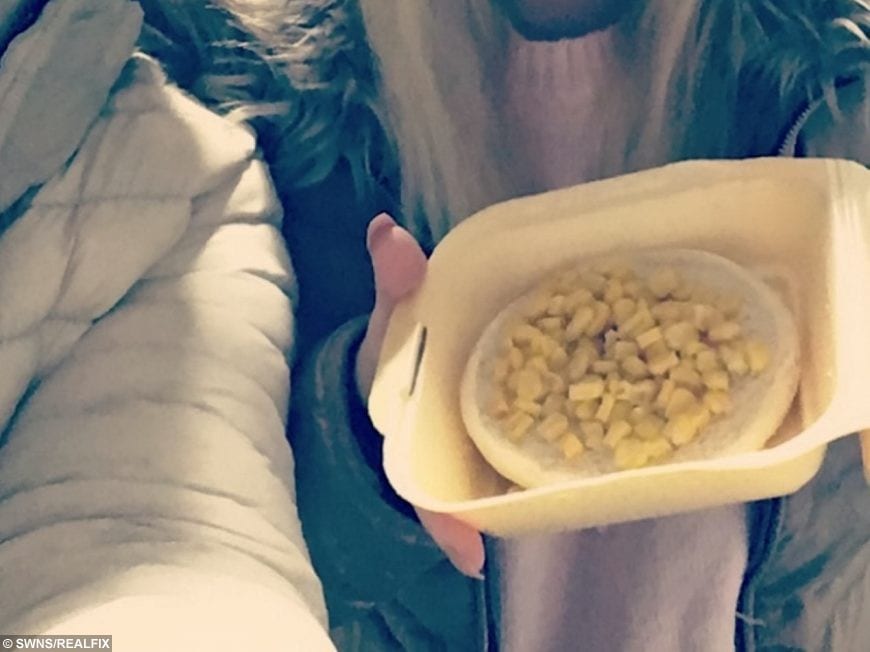 A couple who ordered a corn on the cob from their local takeaway were baffled to be served – a bread roll filled with sweetcorn.

Paige Hart, 24, and boyfriend William Maddock, 32, popped into a local takeaway in the Midlands, where a bread roll is known commonly known as a ‘cob’.

They placed a £14 order – including a £3.50 dish of corn on the cob – before returning home to their flat in Carlton, Nottingham.

But when Page got home she discovered she’d been given sweetcorn on a bread roll. 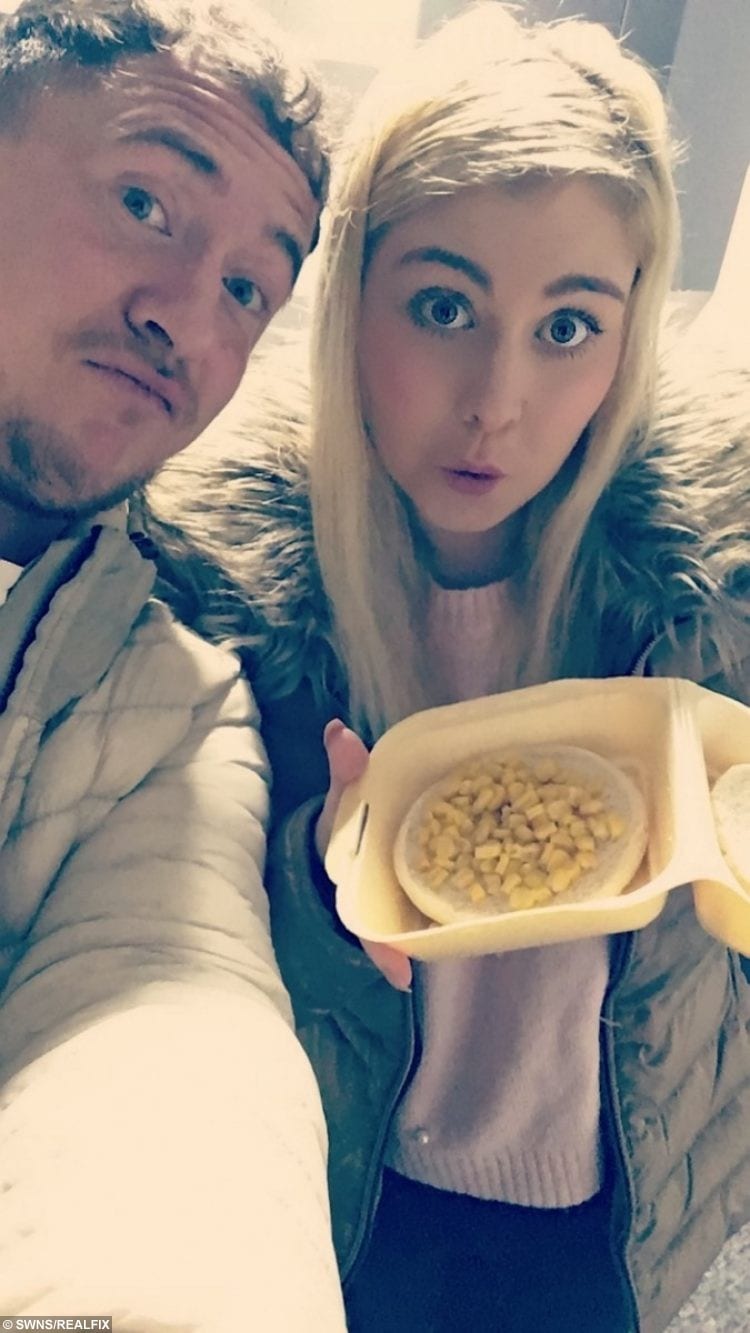 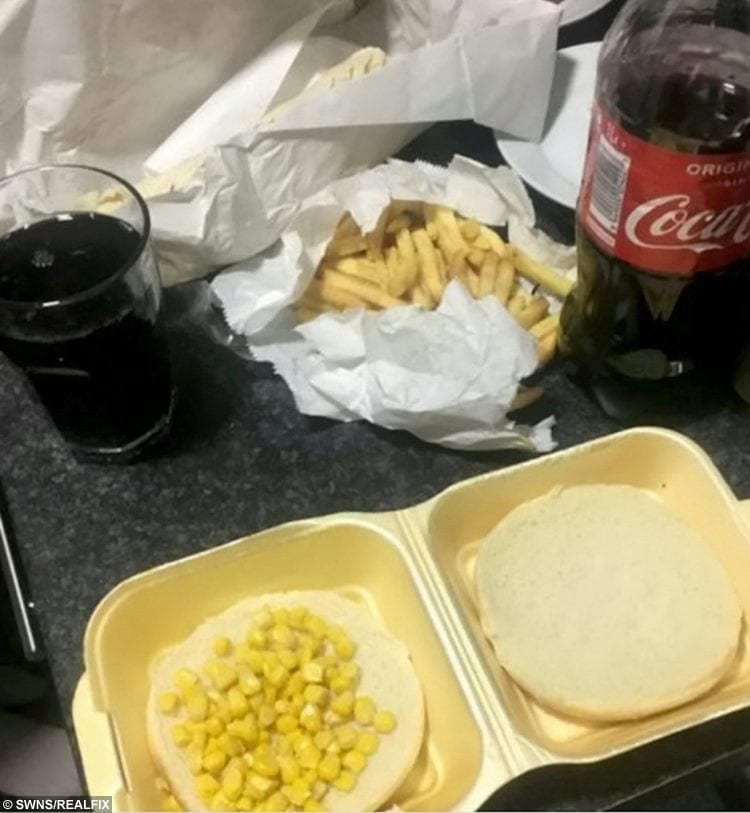 Paige said: “Me and William wanted something to eat before we got home and couldn’t be bothered to cook.

“It’s a bit like Nando’s so we ordered our chicken.

“I turned to William and said I fancied I corn on the cob so I asked the guy behind the counter if he did it.

“At first he looked at me a bit weird and said ‘of course darling’ and bagged it up.

“We were just gobsmacked.

“We were both in stitches as he took it so literally.

“What some people call baps we call cobs so he took it literally.” 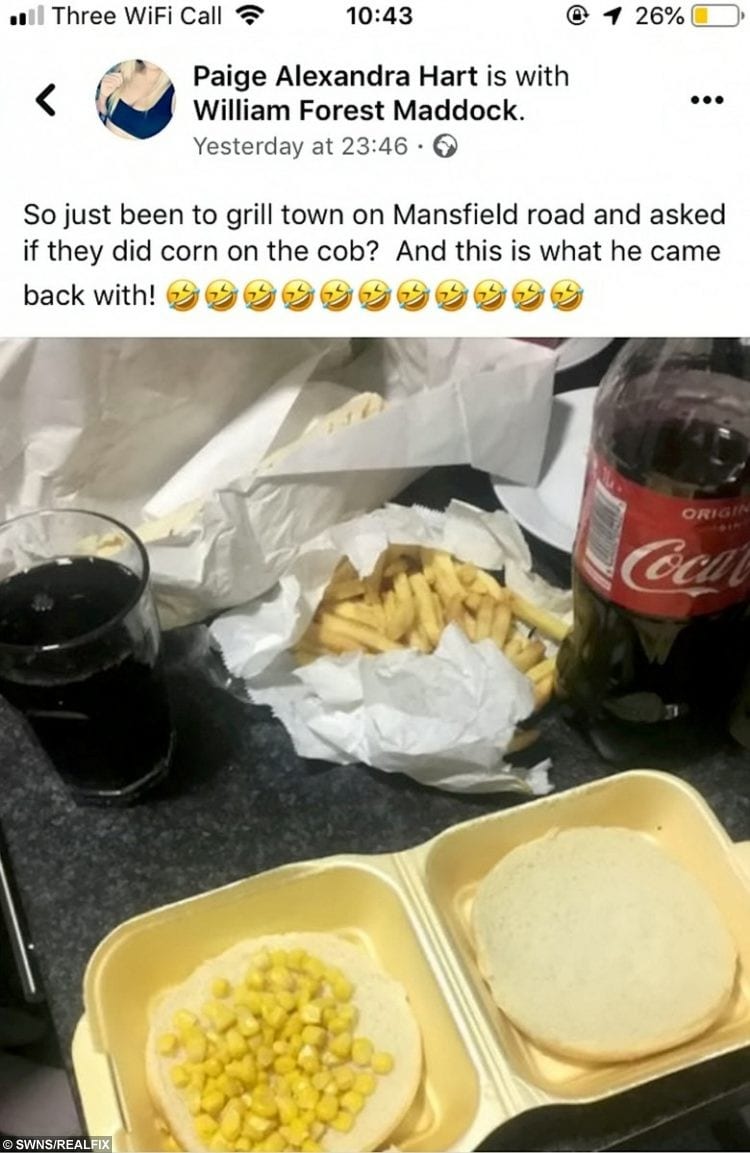 Last year a YouGov study revealed how more than 50 per cent of people in Derbyshire, Leicestershire and Nottinghamshire use the word ‘cob’ for a bread roll.

“The thing is it didn’t even have butter on,” said Paige. “And I still was really craving a corn on the cob.

“It’s not nice without butter. We didn’t eat it in the end. We took a few pics and put it in the bin.”