A creative pensioner has come up with an incredible Wallace and Gromit-style contraption – that makes BREAKFAST.

The ‘Sunday Morning Breakfast Machine’ serves up perfectly runny soft-boiled eggs and toast, tea and coffee and even hands over the morning newspaper – all at the push of a button.

Retired airline pilot and silversmith Peter says he’s been coming up with inventions his entire life, but this is his pride and joy. 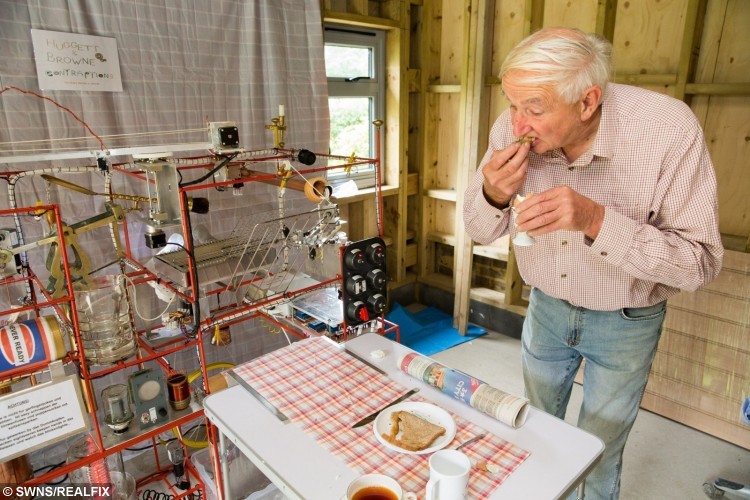 “It was hard work for three months but it was worth it.

“It really does make a perfect breakfast.

“The eggs are timed for four-and-a-half minutes and makes perfectly browned toast.

“You can have tea or coffee, and it even hands over the morning paper.” 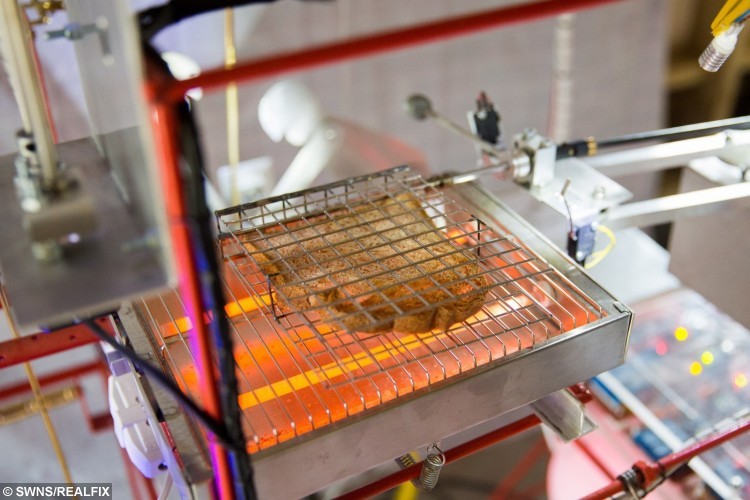 The 5ft x 5ft x 2ft machine is made from welded steel and aluminium with 13 DC motors, stepper motors, servos and gears all controlled by eight microprocessors.

Users can select a tea or coffee, whereby a motor heats a cup of water, adds their chosen drink and delivers it to the table. 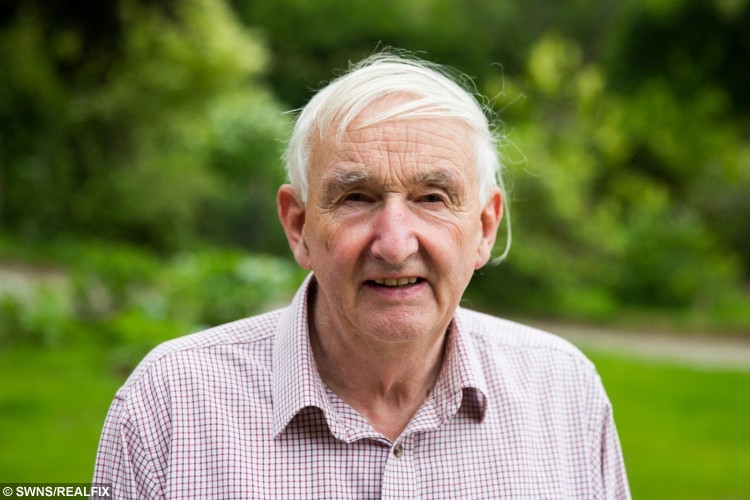 A ‘crane’ picks up an egg and drops it into boiling water, whist infra red elements sweep over bread to create perfectly browned toast, dropping it down a ramp to the table.

To complete the morning meal, additional mechanics deliver the newspaper, and even clears up the table. 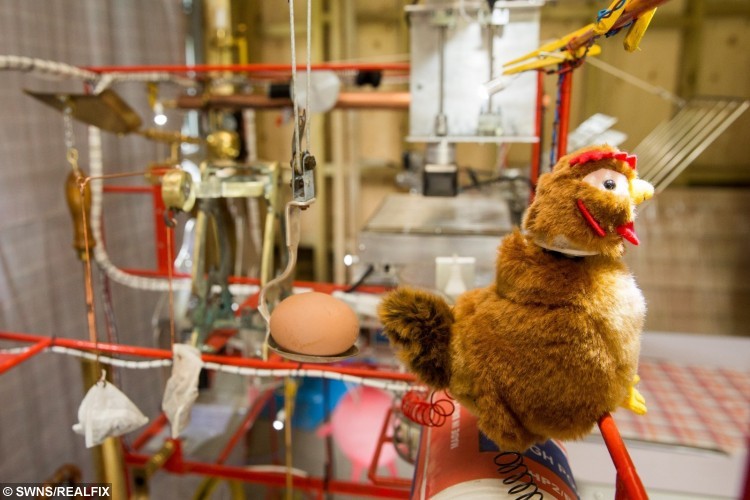 Peter, of Lindfield, West Sussex, hopes the machine can be enjoyed by the public on display at a museum in future. 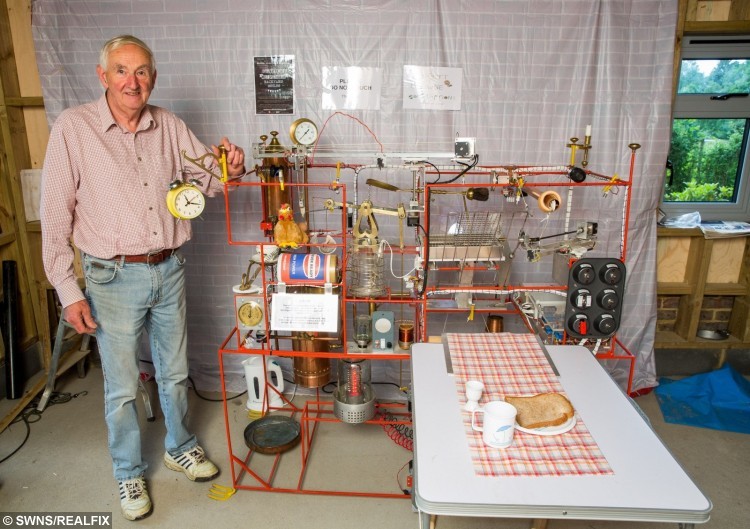 He said: “It’s all in perfect working order.

“The fun is in designing and making it but we don’t always know how to store it.

“I’ve got three or four other contraptions in my garage and a couple outside.” 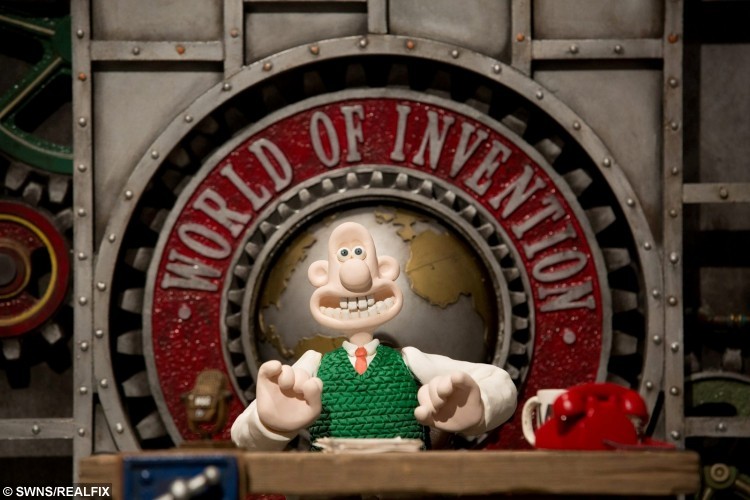 Their breakfast machine consists of three main elements, all linked together and timed.

The tea and coffee-maker is heated up by a copper boiler and the tap is opened by an Archimedes screw that fills the cup with boiling water – before it is moved by conveyor under either the tea or coffee bag. 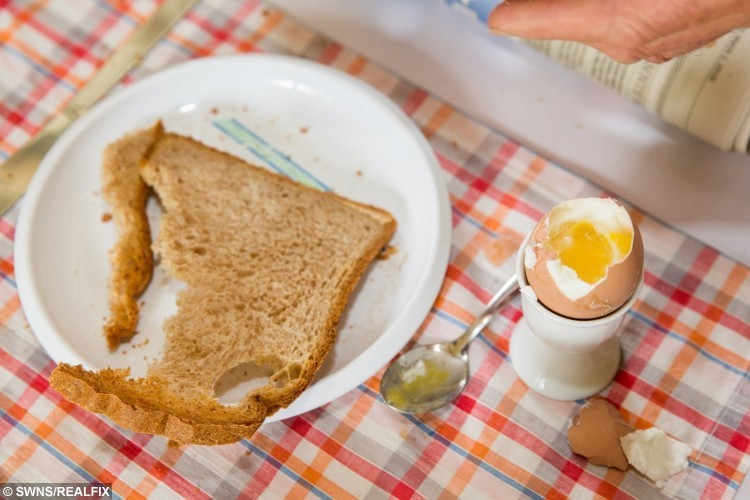 The other elements are the egg-crane and boiler and the infrared toasting station – all of which are linked by a series of wires and levers.

He added: “We took it up to The One Show – it was very interesting to see how these programmes are made – it was great meeting the presenters, Matt Baker and Alex Jones, as I watch them on TV every day.” 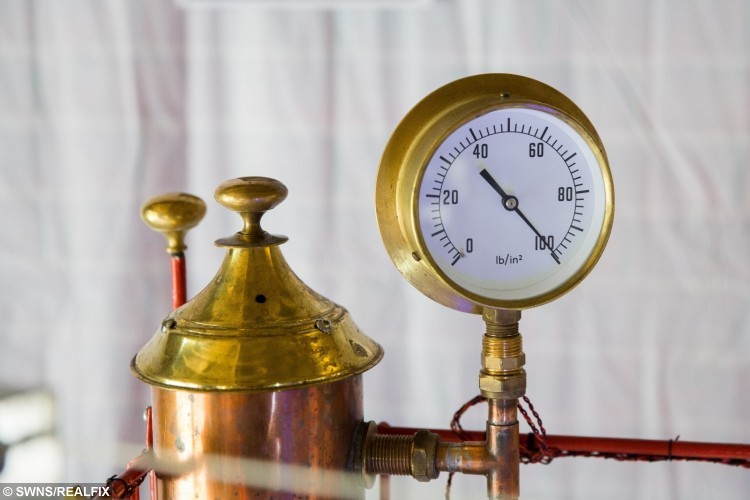 YOU MUST BE REAMING! Shopper given the world’s longest receipt

YOU MUST BE REAMING! Shopper given the world's longest receipt