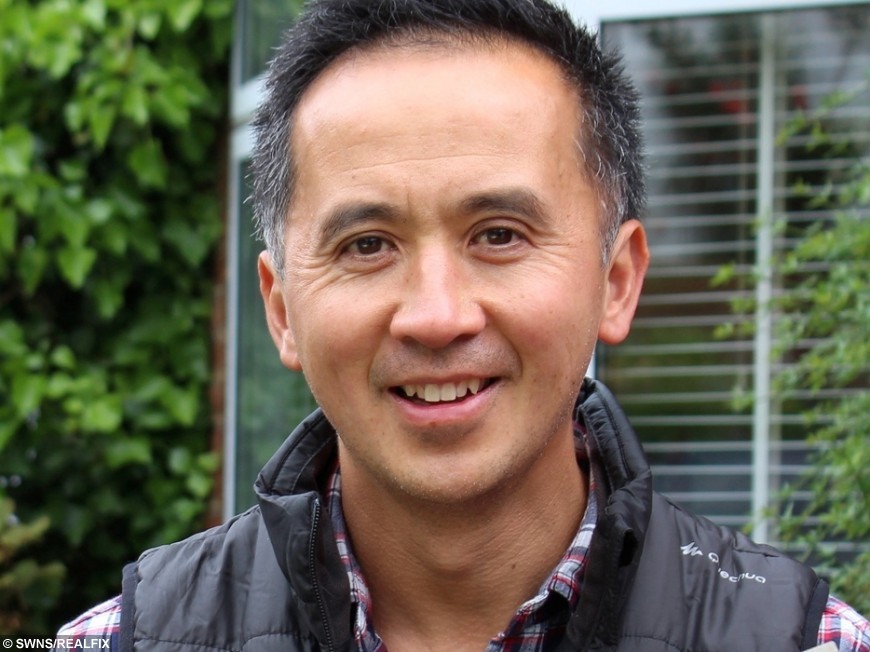 A father who found an unexploded German bomb in his cellar waited until the next morning to call the police – because he “didn’t want to wake up the neighbours”.

Stephen Sin, 44, was mid-way through a spring-clean when he stumbled across the 1930s incendiary device.

He and his wife, Janice, eventually reported the discovery to the police – but only after a night’s sleep and a morning-full of errands.

Civil servant Stephen, from Crystal Palace, south London, said: “We knew that this was going to happen, where literally everything stands still, so because I had to see some Scouts off to Brussels this morning I thought, it’s been down there for 50 years, another couple of hours isn’t going to matter.”

A bomb-expert later identified the explosive as being from 1936.

It was originally made for use in the Spanish Civil War, but was dropped on London during the blitz.

Fortunately for Stephen, his wife, and their two teenage children, the bomb was not live.

The family researched the device online after Stephen casually mentioned over dinner that he had found the bomb. 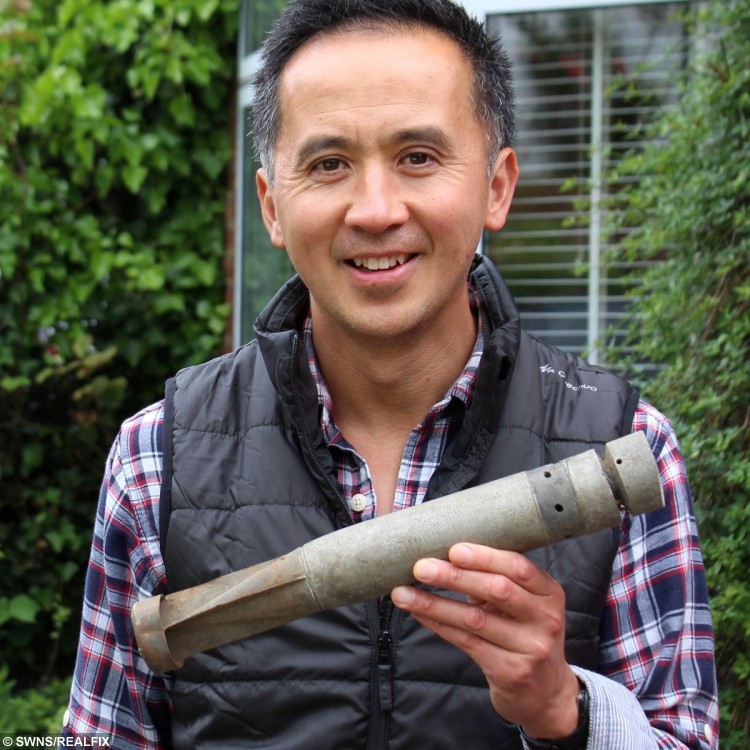 Janice said: “It wasn’t until we were having dinner yesterday and I asked how it went cleaning out the basement and he said, ‘oh, I think I found a bomb,’ in a joking way.

“We decided to do a bit of research. There were markings on the bottom and it said 1936 on the side.

“We found a picture on the internet that matched it and it tells you it’s a German incendiary bomb.

“They designed them for the Spanish civil war and I can only assume that they had some many left over that come the Blitz they decided to just chuck them all over the UK.”

Fearing that the police would put their road on lock-down, the couple decided to call them in the morning instead.

Janice said: “I saw this piece from the Mail Online about someone finding a bomb that looked just like that bomb.

“It said it took several hours to blow it up, they had to put a 200-metre cordon around the house, close the road so we decided we were just going to sleep on it.

“To us it didn’t seem like it was going to blow up any moment now because it hadn’t blown up the whole time we have been here.

“We thought rather than wake up all our neighbours and get them all standing on the street in the dark we decided we would leave it to the morning and work out who to ring and what we are going to do.

“But it turned out all alright in the end.”