Dad’s nightmare start to family holiday left him itching all over!

A dad-of-two had a nightmare start to a family holiday – when he left his delayed British Airways flight covered in a HUNDRED bites.

Paul Standerwick, 36, was looking forward to a break in America, but instead he arrived at his hotel room covered in dozens of itchy, infected bites the size of 50 pence pieces.

He, wife Maribel, sons Frankie, five, and two-year-old Hector had already been hit by a 24-hour delay.

But when their flight finally took off from Heathrow for Boston, Paul was attacked repeatedly by the parasites.

Only after landing did financial adviser Paul learn that passengers had been moved from the seat he was sitting in after complaining about the bugs.

Paul, of Wallington, Surrey, said: “Me and my son moved seats to sit and watch the landing by the window.

“It wasn’t until after we landed, actually, that someone tapped me on the shoulder and said the people sitting in the seats we moved to were moved on after they complained about bed bugs.

“I thought nothing of it at the time. But about an hour later, at our hotel, these horrible, itchy bites started to appear.

“They got really infected. Lots of pus. They were everywhere. On my neck, my back, shoulders and legs.

“Where I was bitten lots of times in one place there was what looked like large bites the size of a 50 pence piece. If I had to guess I would say I was bitten well over a hundred times. I’m still scarred. It’s horrible.” 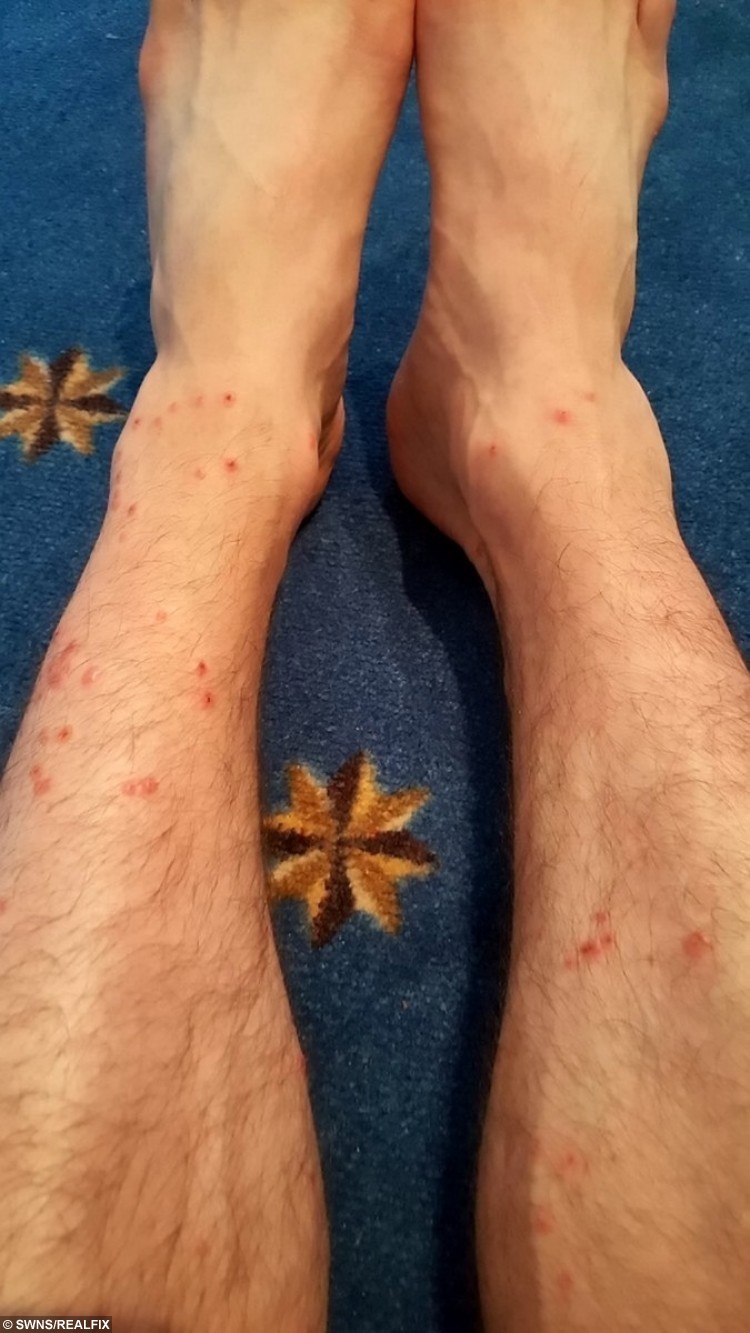 The itch-inducing incident, which marred the family holiday, led to only a £50 voucher as compensation from the airline following the flight on July 19 this year.

But it was the complete lack of a ‘proper apology’ that angered Paul and led him to speak out.

He added: “I’m not even a compensation person. I don’t like that attitude.

“All I want is a proper apology. I paid for a premium service, and what I got was the complete opposite.”

A British Airways spokeswoman apologised for the incident.

She said: “We have said sorry to our customers for their experience and appreciate it must have been upsetting.

“We work hard to provide the best possible experience for customers on our flights and we’re sorry that on this occasion we haven’t met our customer’s expectations.”