A daredevil great-gran has fulfilled a life-long wish by riding on a Harley Davidson – to celebrate her 80th birthday.

When family members asked Lil Corten what she wanted for the milestone, she told them all she wanted was to go for a spin on the classic bike.

Her daughter Angie Griffin, 52, was then inundated with offers from bikers after putting out an appeal Facebook.

And the retired pub landlady had the shock of her life when around 20 Harley Davidsons turned up on her doorstep on her 80th birthday last Saturday (5/11).

The mum-of-five then hopped on the back out one of the bikes and was taken on a “ride-out” which included hitting speeds of 70mph.

Today (Fri), Angie, who lives in Swadlincote, Derbys., said the gran-of-five, who has two great-grandchildren, loved her birthday surprise.

She added: “I told her I needed to make some plans for her birthday.

“I said do you want a present and she said I’ve got everything I want.

“But then she said I have always wanted to ride on the back of a Harley Davidson.

“I certainly wasn’t expecting her to say that but I got on Facebook and really quickly I had loads of offers from bikers offering to help out. 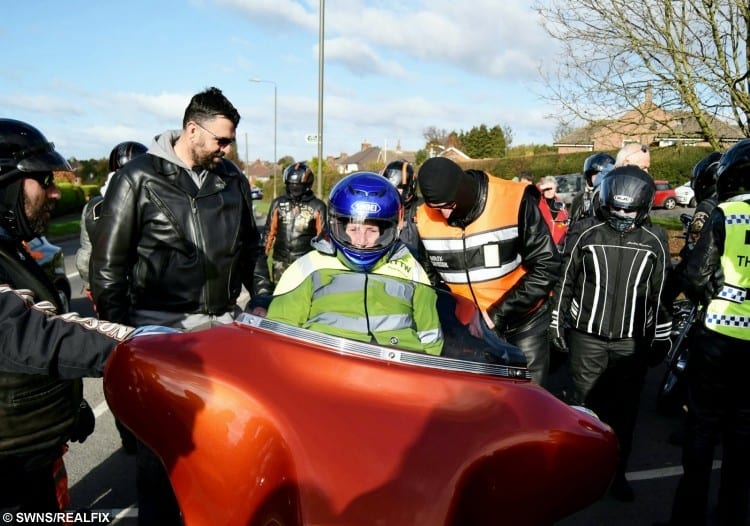 “The Birmingham chapter of the Harley Owners Group said they would come out and help but then someone else got in touch to say you have to think about the safety side.

“We just told her that we had organised a bike for to go on the back of but when they turned up at her house there was more than 20 bikes.

“The look on her face was a picture.

“I have no idea why she wanted to do it so much but she loved it.

“They took her on a really good ride-out, through Hunstanton, Ticknall, on the A38 and then the A50 back to the OK Diner.” 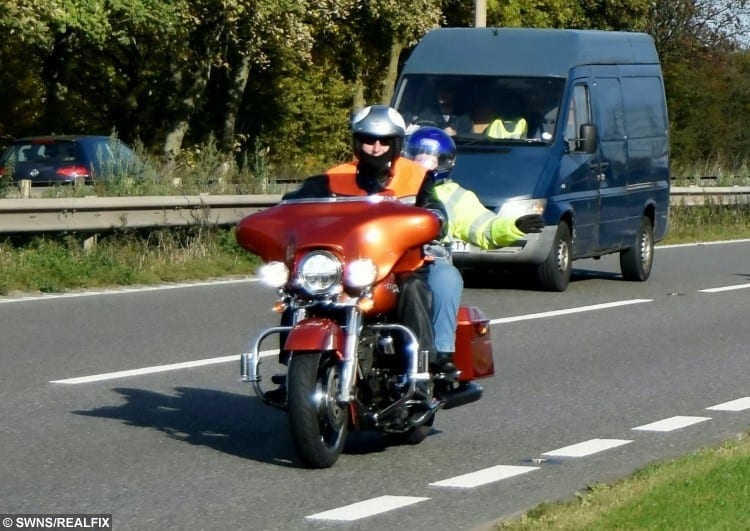 Widow Lil, who lives in Stanton, Derbys., also helped raise £5,000 towards a charity chosen by the Birmingham chapter of the Harley Owners Group, who provided the bikes.

Angie added: “The chapter fund-raise every year for a different charity and this year they have been raising money for guide dogs.

“The dogs cost £5,000 to train and with donations from Lil’s friends and family and a donation from Bennetts we managed to raise enough to buy a guide dog. 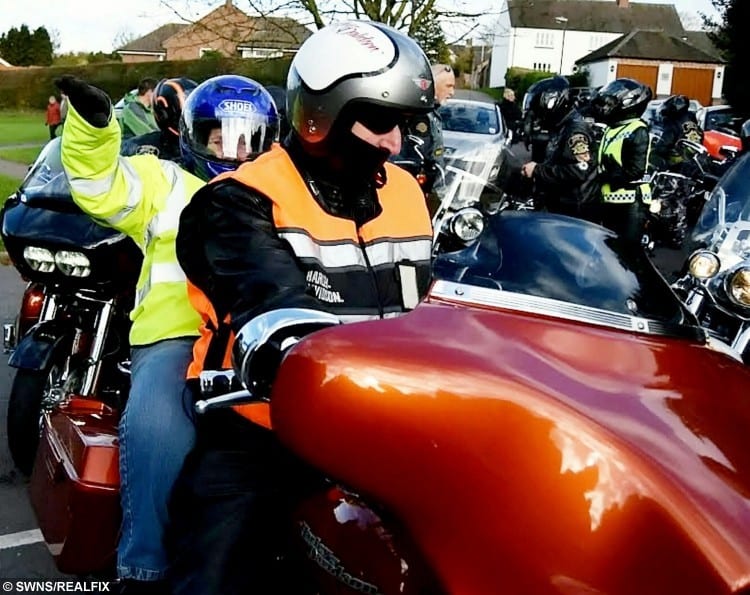 “It was brilliant, we couldn’t have asked for anything better.

“She’s quite a quiet person really, this is the most adventurous thing she’s ever done.

“She always put us first when we were growing up and never really did anything for herself, so to see her looking that happy was great.”