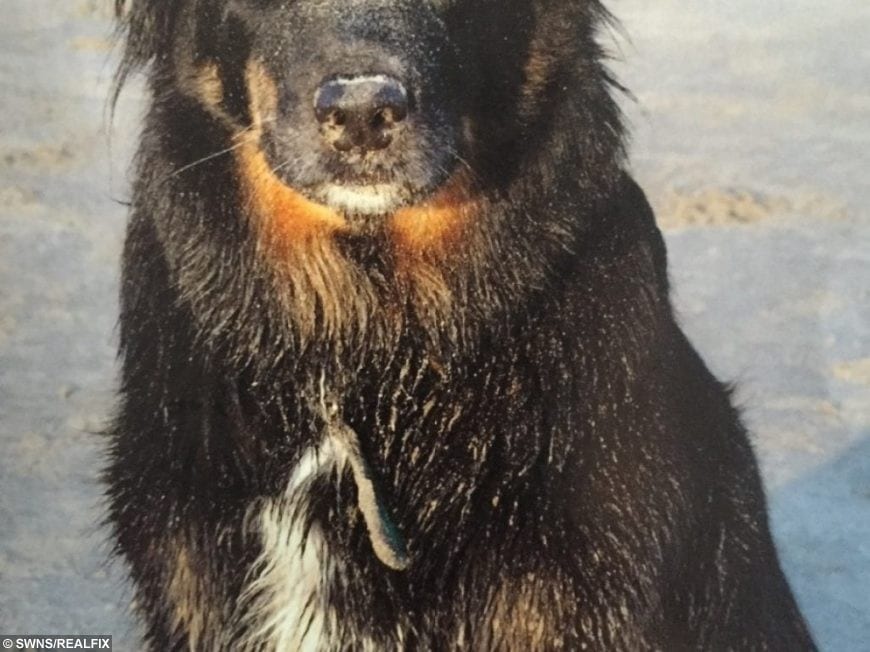 A devastated couple are pleading with thieves to return the ashes of their beloved family dog stolen along with their van at Heathrow Airport.

Alex and Jo Lawrence returned from a 10 day break in Vietnam to find their van had been nicked – and some of their most treasured belongings gone forever.

Locked inside the white Citroen Berlingo, were the ashes of the Birmingham couple’s beloved pet dog, Murray, who died in 2016.

Before her death the adorable pup used to travel the country with Alex, 45, a photographer, who spent most of the year on the road for work.

Ever since Murray, a Kelpie Collie cross, died over two years ago aged 16, Alex has kept her ashes in his van.

She “meant the world” to him and the pair were “inseparable”, according to Alex, whose van was stolen from the Park Inn by Radisson car park, close by to Heathrow. 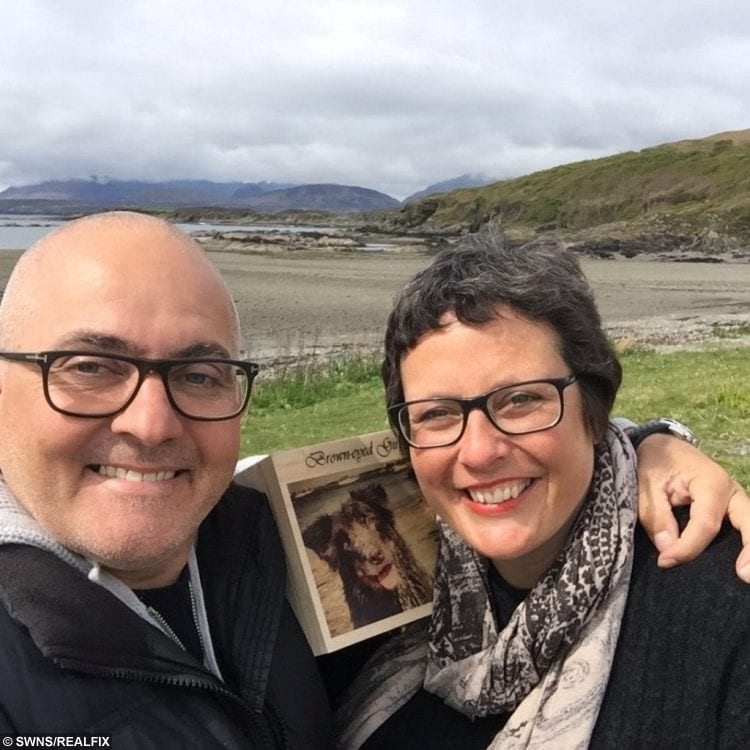 Alex and Jo Lawarence returned from a 10 day break in Vietnam to find their van had been nicked along with the ashes of their beloved pet dog, Murray, who died in 2016.

Thieves were caught on the hotel’s CCTV making off with the van at around 4.20am on March 10, two days before the couple returned home.

Alex and Jo arrived back at the hotel, on March 12, and found themselves in disbelief that their van – and its entire contents – had taken by cruel thieves.

“I just couldn’t believe it. I expected it to be secure”, said Alex, who reported the theft to Metropolitan Police and hotel staff immediately.

He said: “I spent my life on the road and basically live in the van for 90 per cent of the year.

“Murray always came with me where ever I went. She would come to work with me and stay in the back of the van.

“When she died I didn’t want her to be on a shelf at home. We had a connection.

“It sounds daft but if it hadn’t of been for her I wouldn’t know how to care for anyone else.

“When I got the dog she improved my life massively. That face in the morning, it used to make everything seem worthwhile.

“She meant the world to me and I was devastated when she died.” 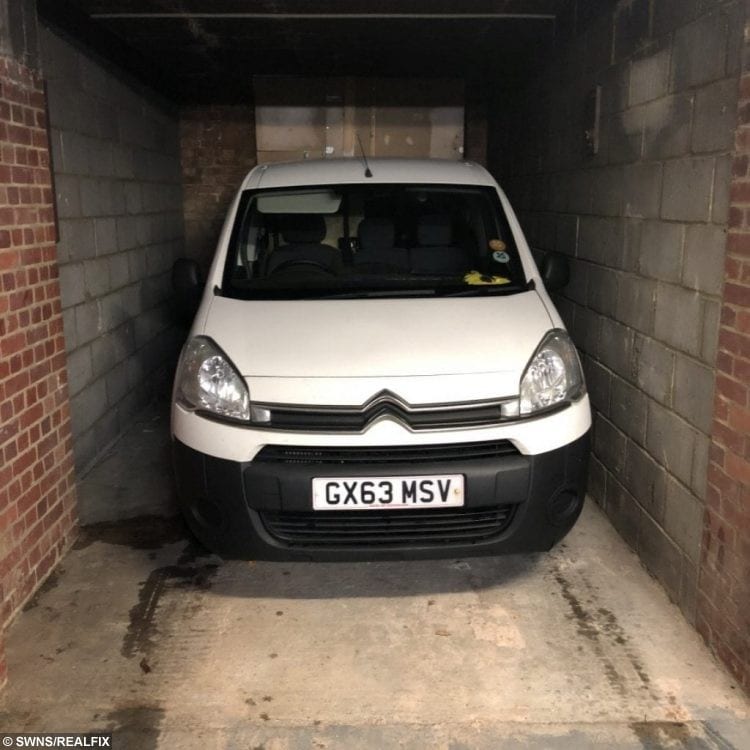 Locked inside the white Citroen Berlingo, were the ashes of the Birmingham couple’s beloved pet dog, Murray, who died in 2016.

Along stolen when the van was taken was around £7,000 worth of camera equipment, almost all of the couple’s remaining clean clothes and a Bugs Bunny toy bought for Jo, 40, by her dad when she was two-years-old.

For Alex, it’s the sentimental personal belongings that matter more than the van and its expensive contents.

He is pleading to anyone who might know anything about the whereabouts of his van and what was inside to “please come forward”.

Alex said: “I kept her ashes in the van to keep her close to me.

“I closed down and it didn’t register at first. But it really hit home when I told my family.

“The camera stuff and clothes were just things. They can be replaced.

“I can’t replace Murray. I have an element of anger but these things happen. I’ve had to deal with it and don’t want to dwell on it.

“Someone, somewhere will know something. If you do know anything please come forward.

“I just want the sentimental things back. They are irreplaceable and worthless to anyone apart from us.”

The discovery of the van theft came after Alex and Jo’s trip to Vietnam was marred by a terrifying street robbery.

Just an hour after setting foot in Vietnam, before they had even checked into the hotel, the couple were robbed in broad daylight.

As they walked along the street looking for a coffee shop, Alex says a man riding on the back of a moped swiped Jo’s handbag from her grasp.

The thieves made off with both of their passports, Jo’s mobile phone and her purse.

This left them with the stress of organising their flight home with no passports and dealing with the Vietnamese police after reporting the crime. 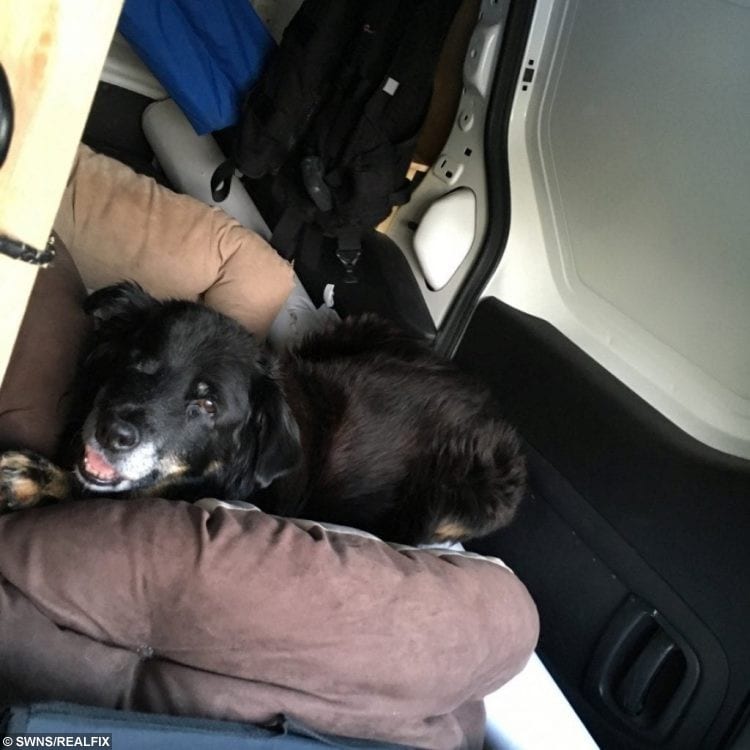 Ever since Murray, a Kelpie Collie cross, died over two years ago aged 16, Alex has kept her ashes in his van.

Alex, said: “We had gone to find a cafe before we were able to check in at the hotel.

“We hadn’t even been there an hour. A moped drove past and just swiped her bag.

“Jo was spun around and the bag’s strap snapped. It was an absolute nightmare to sort out.

“It’s the last thing you need when you’re on holiday.

“We were robbed when we were away and we had just got over that when we got back to the hotel at Heathrow.

“We had already checked in and I went down to fetch our clean clothes from the van.

“I just couldn’t believe it when it wasn’t there. They caught it on CCTV being driven out of the back of the hotel.

“I was dazed and in shock.”

A Metropolitan Police spokesperson said: “Police in Hillingdon are investigating the theft of a van which was stolen at approximately 4am on March 10 from a car park in Park Inn hotel, Bath Road, Harlington, UB7.

No arrests have been made. The vehicle has been reported as stolen on the police national computer which is linked to ANPR cameras across the UK.

A number of enquiries are ongoing.”