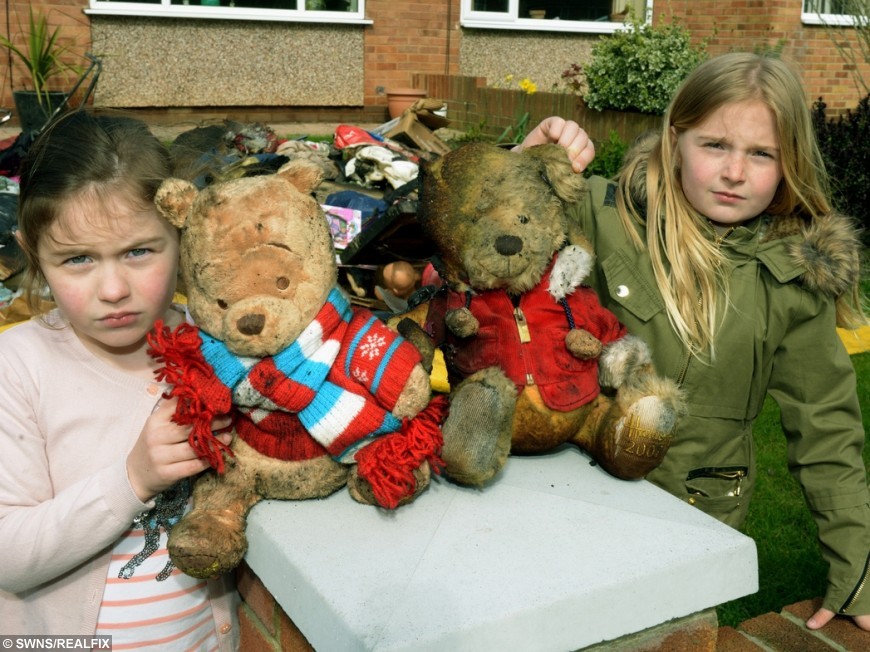 A family were lucky to escape unhurt when a bolt of lighting struck their home and set it on fire.

The Robinson family were watching a dramatic storm from their living room window when they heard a mighty crash and the house suddenly fell into darkness.

Michelle and Andy Robinson, their two daughters aged six and nine, and pet dog Fritz then saw smoke and fled to a neighbour’s home in Leeds, West Yorkshire. 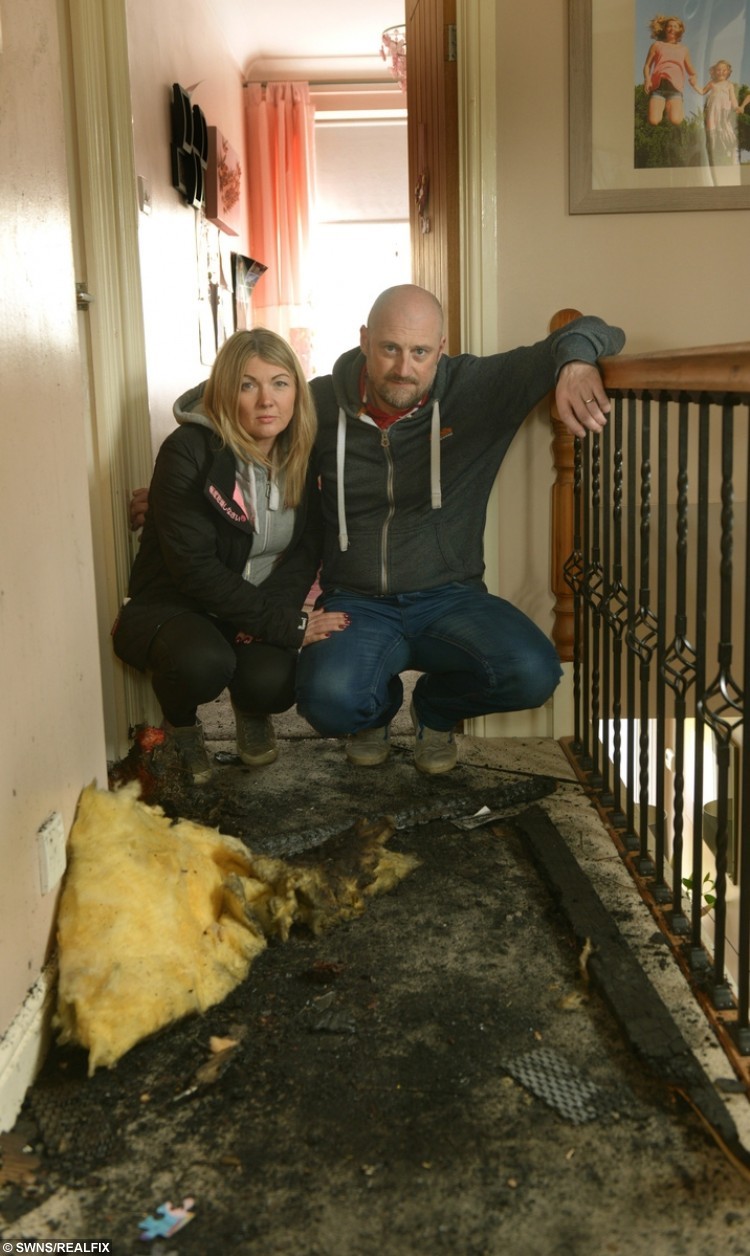 Michelle and Andy at home

Andy, 45, said: “There was a large flash, like a sheet of lightning, and a huge crash and bang.

“I could hear crackling and thought it was hailing but realised it was actually fire because the back garden was full of smoke.”

The lighting started a small fire in the attic which destroyed family photo, children’s toys and other sentimental items. 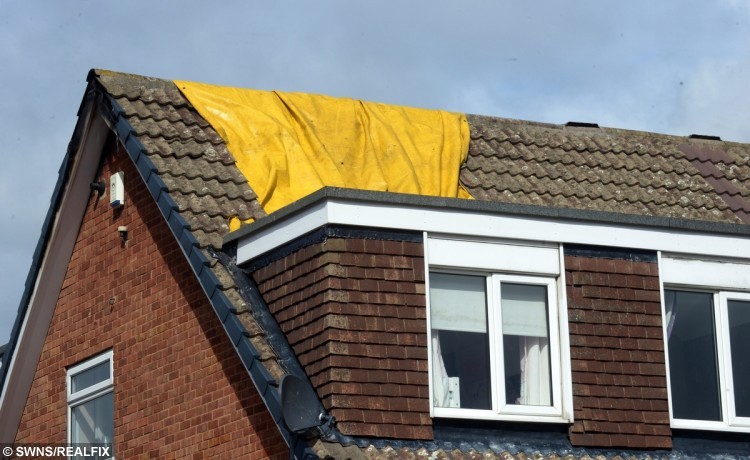 The outside of the house

Mum Michelle added: “We just can’t believe it. But as long as the children are alright, the rest is just bricks and mortar.”

The family praised the work of local firefighters after crews arrived on the scene within minutes to tackle the blaze and help rescue whatever belongings they could. 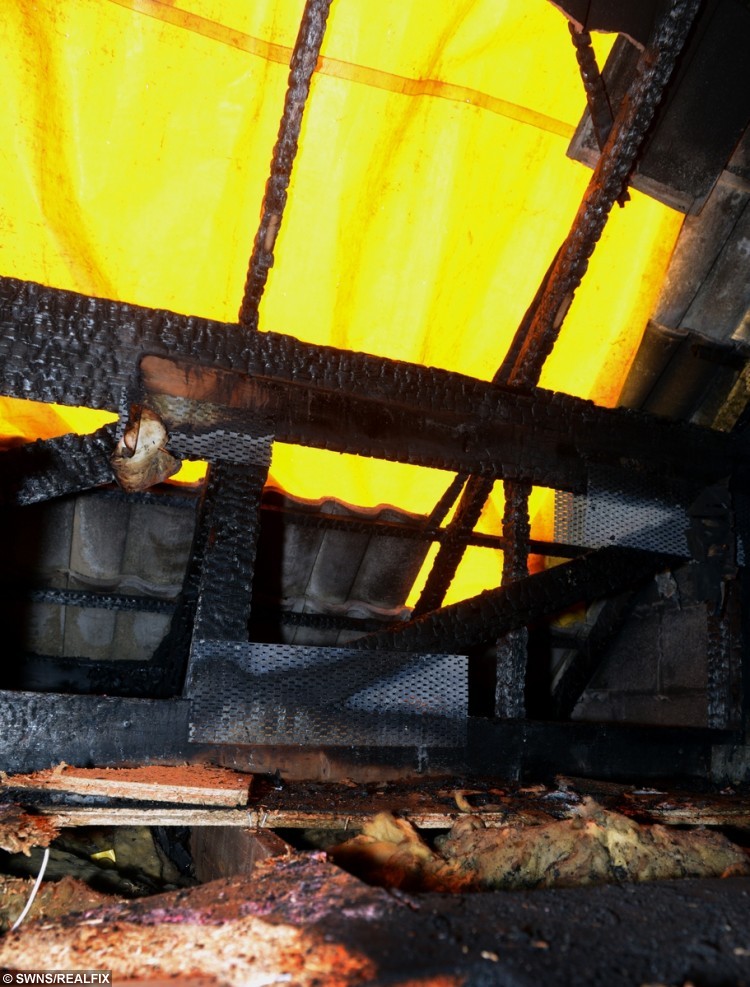 Michelle added: “If they hadn’t got here as quickly as they did, the house wouldn’t be here – and neither would the neighbours.

“The kids made them a card to say thank you – they are their heroes.” 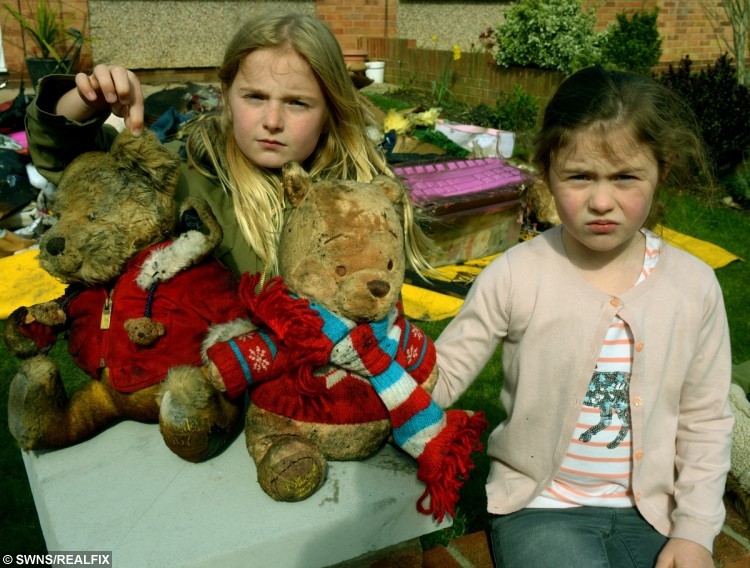 Libby 6 , Amy 9 outside their home which was struck by lightening

The semi-detached house which had recently been redecorated, was left with a hole in the roof and extensive damage to the loft as well as soot damage. 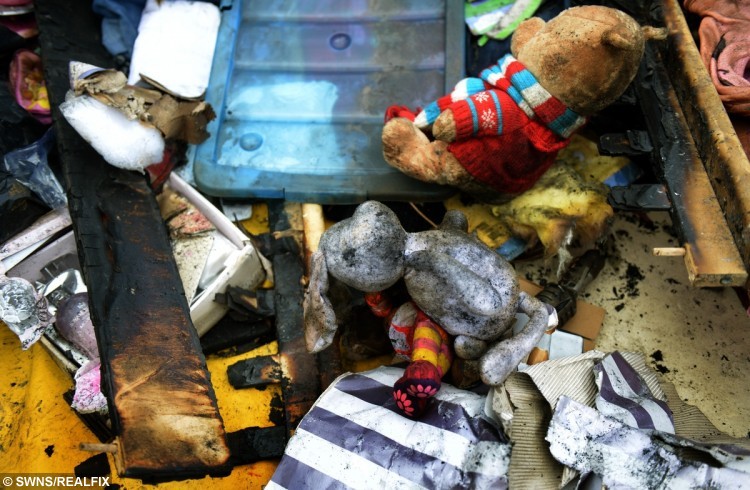 “We believe it was lightning that caused the fire.”

« Previous post Care home residents are sent back to a bygone era - with a room transformed into a vintage CARRIAGE
Next article » Where's Wayne? Can you spot Rooney in this picture?