This hilarious photo shows a firefighter who arrived at a 999 call with half his head shaved – after being called out during a HAIRCUT.

Retained firefighter Joe Cartwright was getting a short back and sides but had to jump our of the barber’s chair mid-trim when his pager went off.

Much to the delight of Joe’s colleagues, from Buckfastleigh Fire Station in Devon, the 31-year-old turned up with a stripe of hair shaved off around the sides.

“It was only five minutes in, she’d just started cutting the sides,” he said. 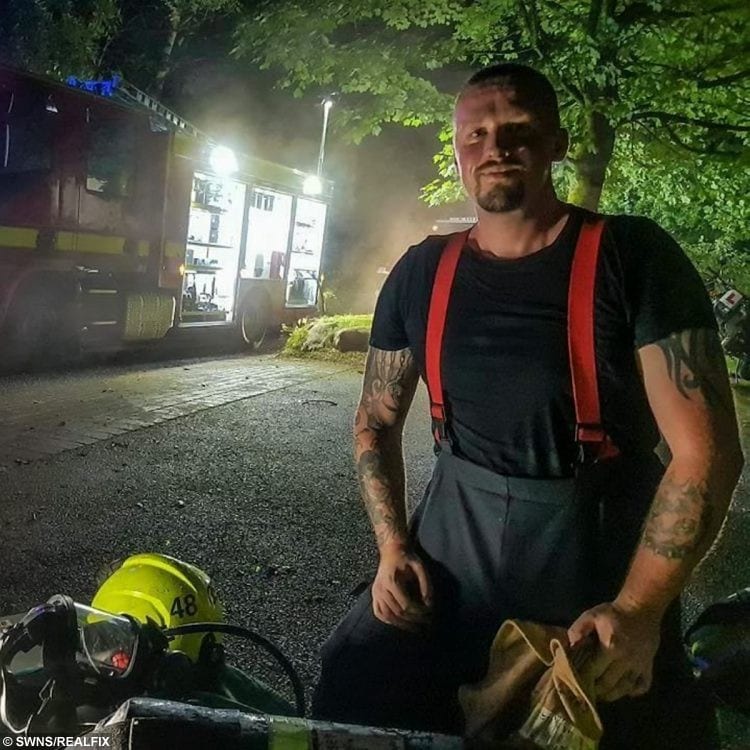 “The call was to some bales of hay piled up next to a barn that were smouldering. They get very hot this time of year and sometimes they self-ignite.

“I ran out of the barber’s with tissue still hanging out of my t-shirt after taking apron off.

Joe drove to the station, got his fire kit on then took the wildfire 4×4 pump to back up the main fire engine in the nearby village of Ashburton on the edge of Dartmoor.

Joe has been a retained firefighter for 2 ½ years – on call for 84 hours a week while also working his day job as a student paramedic. 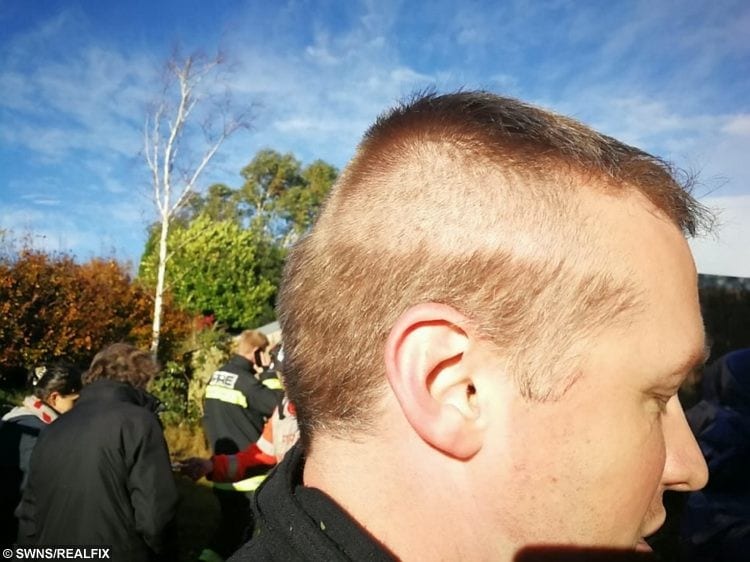 He said his colleagues were delighted when he turned up with his unusual do.

“Some of the older ones thought I was trend-setting and it was some modern new look,” he said.

“When I told them what had happened they said, ‘Oh my God I thought you’d just got a naff haircut’,” Joe explained.

“My boss just thought it was hilarious, he laughed and laughed. I’ll never live it down.” 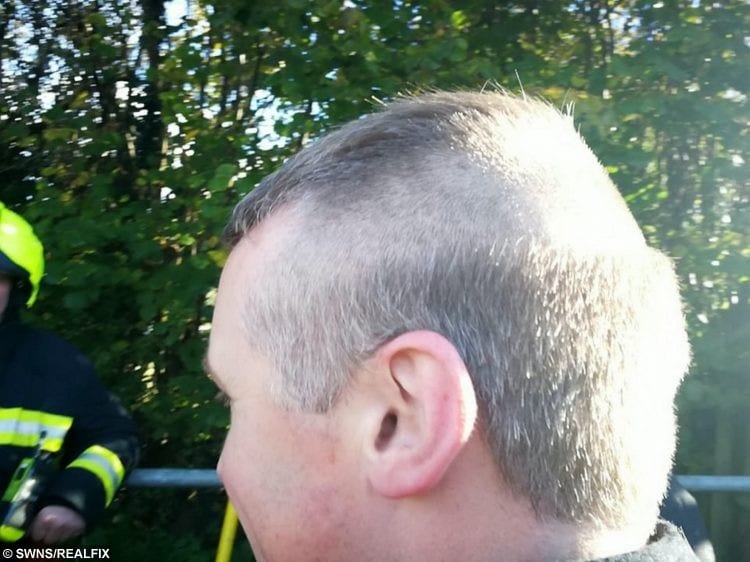 Luckily the situation was resolved safely and Joe was stood down – he went straight back to finish getting his trim.

In a statement Buckfastleigh Fire Station said: “To be a retained firefighter takes a certain type of person, to respond to your alerter 24 hours a day, seven days a week takes dedication, stopping what your doing no matter what.

“However leaving a haircut half-way through when your alerter goes off is on another level.”