A firm is paving the way for more women to enter the construction world by launching Britain’s first ever bricklaying competition – just for girls.

Building material supplier Forterra aims to find the best female apprentice and student bricklayers in the country with the launch of its new ground-breaking event.

The Bricklaying Forterra Females contest (BFF) also aims to encourage more girls and women to consider bricklaying and construction as a career amid ‘severe skills shortages.’

According to the Federation of Master Builders (FMB) women make up more than fifty per cent of the population but form less than two per cent of manual construction trades. 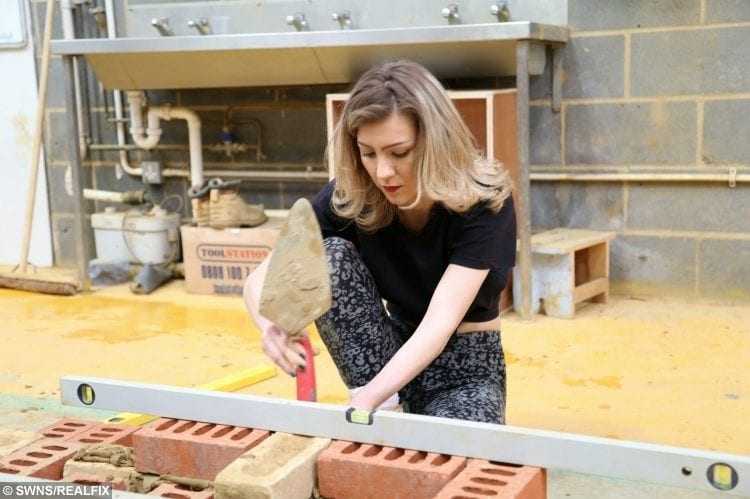 But it is hoped the BFF contest will encourage more women to enter the industry and help fill the void.

Young female students will compete to be crowned the UK’s ‘best bricklayer’ at the event, hosted by Havering college in Rainham, Essex, on March 29.

Bob Noseda, a sector skills advisor at the academy, praised the initiative as a way of showcasing students’ talents amid ‘severe’ skills shortages within the construction industry.

The former electrician, who has worked in construction for 50 years, said: “We’re very proud to be hosting the competition – it is a fantastic opportunity to showcase the skills of young women studying in colleges across the country.

“The construction industry is suffering from a severe skills shortage and I feel not enough is being done to encourage young women into trades.

“Many will qualify and progress into management but will be better equipped if they have a trade to support their transition.

“The concept of this event was to give female students a platform and hopefully encourage them to participate in the other skills events that take place each year.

“The vision of Forterra and Havering College is totally aligned regarding this challenge and will be adopted by other sectors within the Construction.” 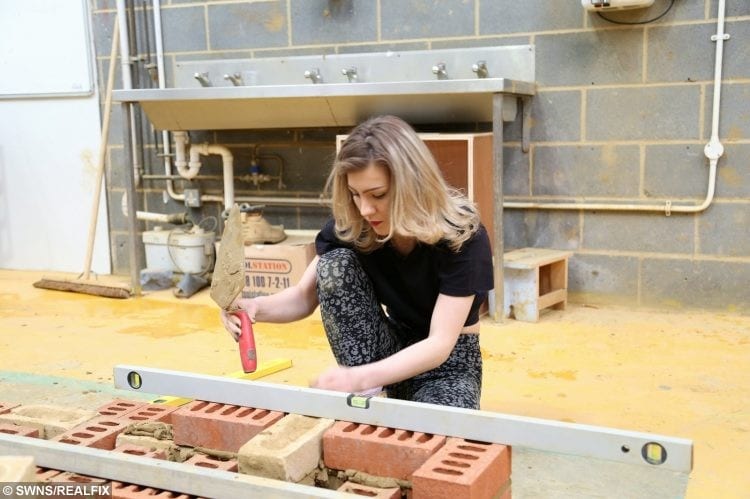 Last year, the FMB revealed construction worker shortages were at a ‘record high’ in UK, with two-thirds of small and medium-sized construction firms struggling to hire bricklayers.

Lulu Shooter, FMB policy and public affairs executive, said: “The Bricklaying Forterra Females is a positive step forward in encouraging more women to take up a career in construction.

“The construction industry is in the midst of a skills shortage and we need to make sure the industry appeals more to both men and women to dig ourselves out of this skills hole.

“Women make up more than fifty per cent of the population, but less than two per cent of manual construction trades – and this needs to change.

“By encouraging more women to apply for construction apprenticeships we can address the skills crisis and kick the stereotypes into the long grass.

“The construction sector can appeal to anyone who takes pleasure in the built environment and wants to avoid being trapped behind a desk all day.

“This can and should apply to both men and women equally.”

Kerrie Chambers, the 2012 London Apprentice of the Olympic Project and two-time champion of Skill Build London, will be attending the BFF competition.

All junior and senior female bricklaying students currently studying at colleges in England, Scotland, Wales and Northern Ireland can sign up, with a maximum of two students per college.

Entries close on Valentine’s Day and are filled on a first-come-first-serve basis, with 16 spaces up for grabs.

Forterra also heads the prestigious Best In London Brick contest which seeks to find ‘the most talented bricklayer in the UK’ among people aged between 25 and 35.