A family have resorted to flower power in a bid to win a Britain in Bloom competition after they built a giant plant pot – out of a CAR.

It has been created by the Robinson family who hope to represent their town in this year’s East Midlands in Bloom competition. 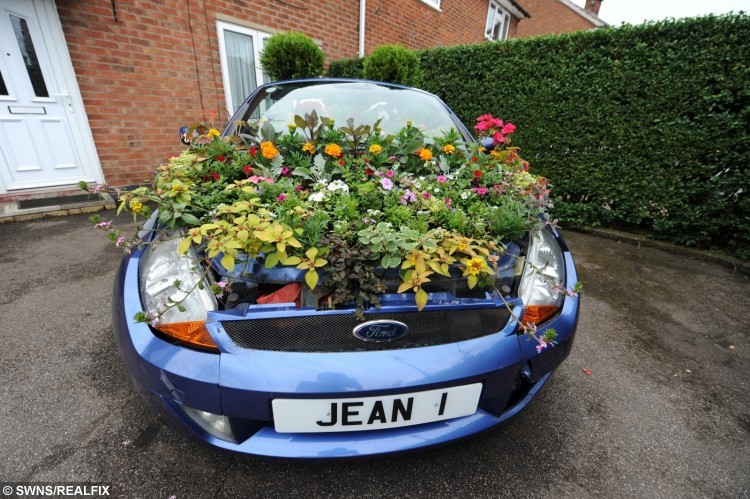 The family, from Wigston, Leics., have entered a ‘unique container contest’ and after previously planting flowers in a piano and drums, were looking for something a bit
different this year. 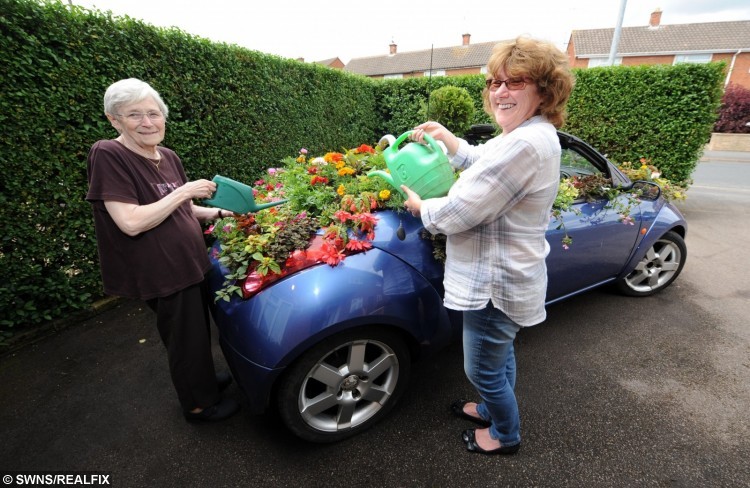 Sheila Robinson said: “My husband asked his friend at Wigston Car Dealers if he had anything we could use. He said yes he did, after he got up from the floor laughing.”

After filling the blue Ford Ka convertible with 20 bags of soil and compost, the family spent two days planting all the flowers in the bonnet, seats and boot. 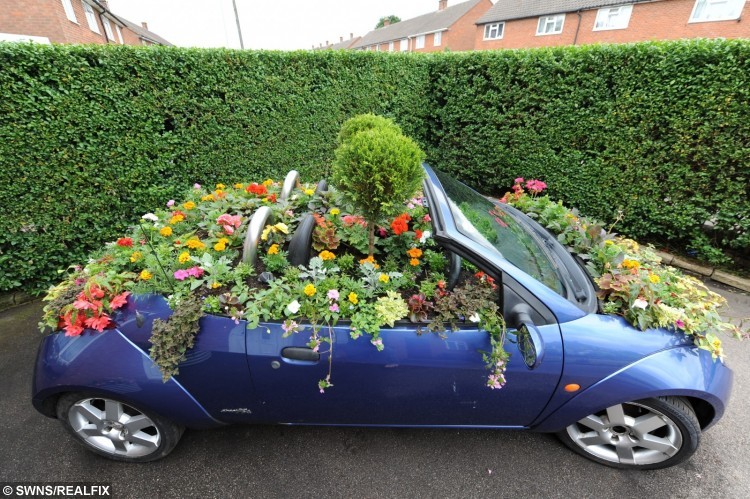 The whole family consider themselves avid gardeners, including Sheila’s 82-year-old mother-in-law, Jean Robinson, in whose name the car has been entered under.