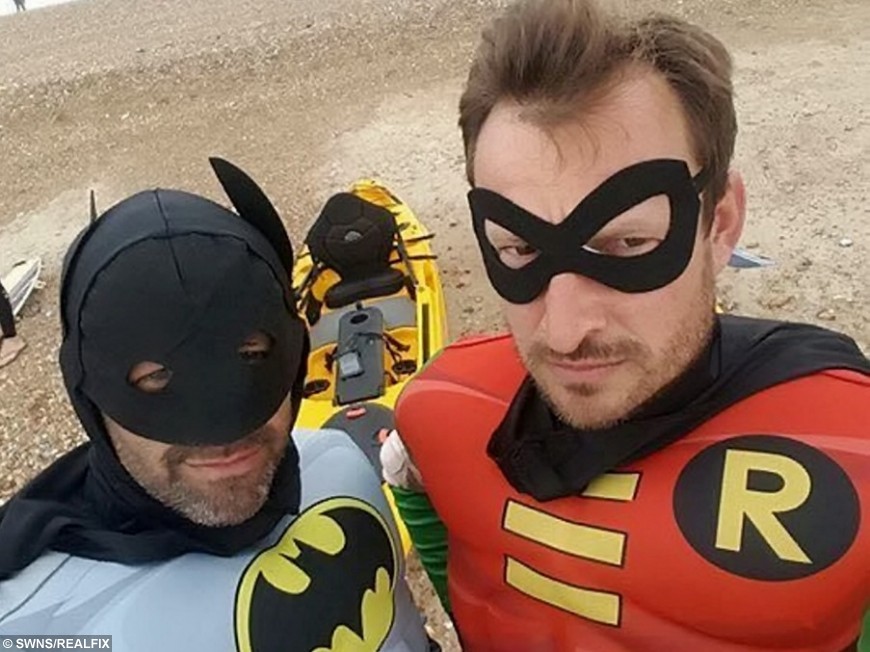 A kite surfer who got into trouble was rescued in a scene straight out of Only Fools and Horses – by a pair of mates dressed as Batman and Robin.

David Schneider and Derren Guile, both 40, were kayaking in their costumes for a Superhero Paddle when they spotted the victim being dragged across the beach and into the English Channel.

The pair paddled over to the man who was struggling to take control of the kite at Shoreham Beach, West Sussex, who looked ‘gobsmacked’ to be being rescued by the two superheroes.

The situation is a real-life replica of the famous Only Fools and Horses scene where Del Boy and Rodney are dressed as the caped crusaders when they stumble upon a woman being mugged in her car.

David, dressed as Robin, said: “We were out in the water having a bit of fun and I noticed this kite surfer had got into a bit of trouble.

“His kite was in the water and he was being dragged across the beach. 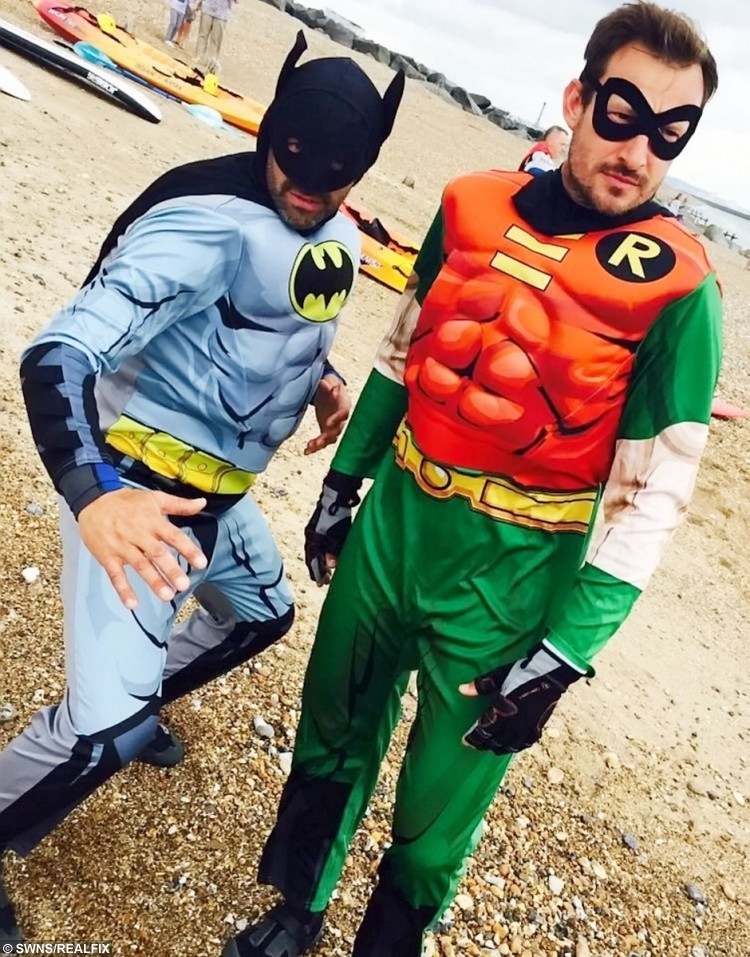 Batman and Robin to the rescue

“I probably watched him for about ten minutes and thought ‘he’s not getting that back up’, so I paddled over, obviously dressed as Robin and called my comrade to help me.

“He was gobsmacked when we turned up. He just looked round and said ‘oh no’.

“I said ‘it’s not every day Batman and Robin come to save you is it?’.”

Derren and David helped the stunned man back to shore, before collecting his surfboard.

David, dressed as Batman during the Sunday morning incident, said: “He wasn’t drowning but he was in trouble.

“Unless he got his kite back up he was going to struggle, and the southwesterly wind was dragging him across.

“I would have thought another kite surfer might have helped him because they normally do, but it became obvious no one was coming.” 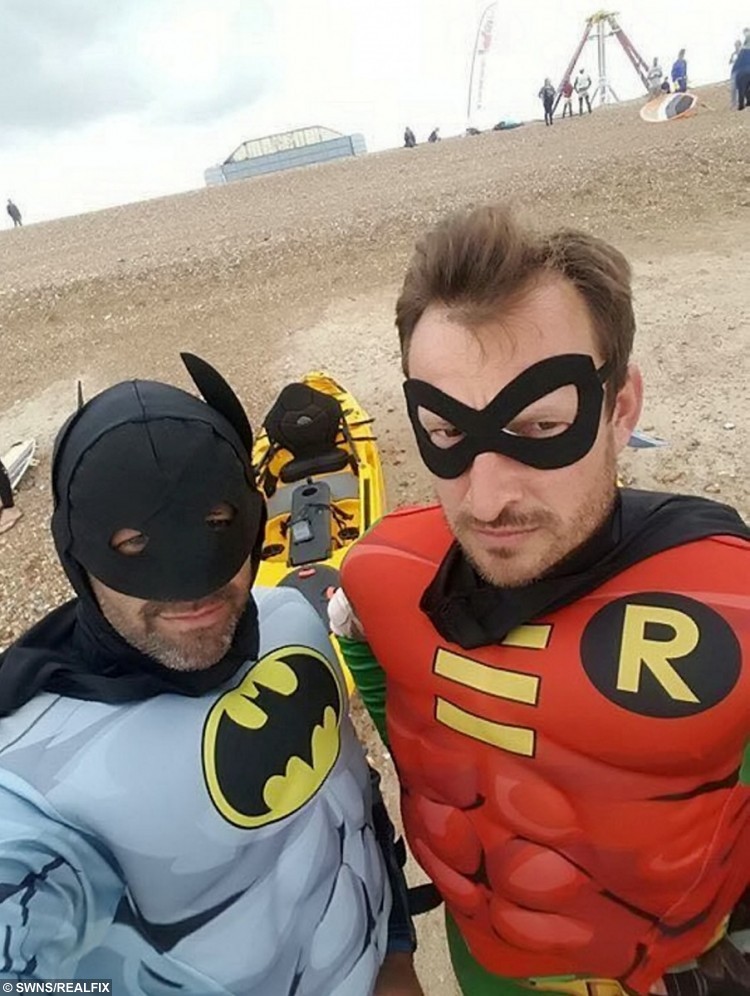 Batman and Robin to the rescue

David said that his friends have been drawing parallels between the couple and Only Fools and Horses characters.

David said: “Lots of people have been having a good laugh, there’s been quite a bit of mickey-taking as you’d expect.

“Obviously I’ve seen that famous Only Fools and Horses episode, someone even put a photo of Del and Rodney on my Facebook page.

“We didn’t come out of the dark or surrounded by smoke like them but we were obviously dressed the same way so it was similar.”

David added that the kite surfer disappeared after his board was returned.

He said: “After we returned his board to him he very quickly disappeared, I think he was a bit embarrassed.”