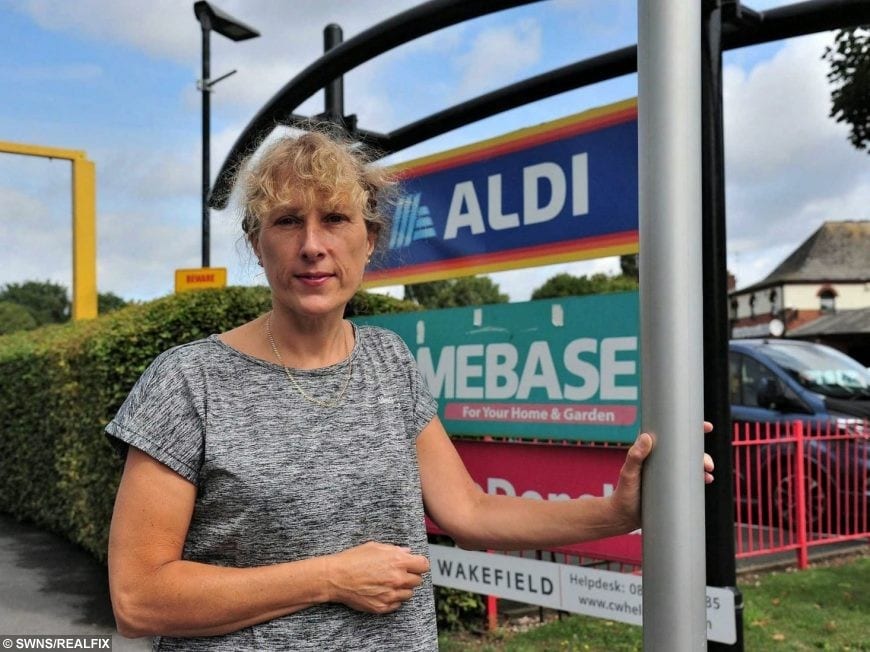 A furious mum was refused gin ice pops and cocktail mixers in Aldi because she was shopping with her 15-year-old daughter.

Sue Manton, 52, approached the till with the drinks which she was buying for a party for a group of school mums.

She then claimed the cashier asked her for her daughter’s ID.

But to her amazement, the employee told her she could not buy the booze because of her daughter’s age.

Stunned Sue said staff at Aldi in St Johns, Worcester, made her feel like a “criminal”.

She said: “They are basically saying that no parent with children can buy a drink. I can’t see how that can be possible.

“Surely this is not right. I feel very embarrassed, as does my poor daughter, that they are implying I would give my 15-year-old daughter alcohol.

“I just felt stupid and they were accusing me of being a bad parent.

“Upon checking out, the cashier questioned my daughters age and asked for ID – she is 15. They then refused to sell me my alcohol.

“I explained that the alcohol was for me and that my daughter always comes with me as I don’t want to leave her home alone.

“They said that they thought I was buying the alcohol for her. They then said they would serve me if she was not with me.

“So she went to the car and I returned to the back of the queue, which was massive, only to be told half-an-hour later that I still couldn’t buy it as they had refused me previously.”

She posted about her experience on Facebook, saying: “First time I have ever been refused purchasing alcohol and all because I had my 15-year-old daughter with me.

“I had two managers and the till girl arguing with me – they assume that because my daughter is with me the alcohol is for her.

“I have never heard anything so ridiculous. So, mums and dads, watch out – no adult is allowed to purchase alcohol if you have your children with you. It’s the law.”

Eventually the store let her buy the alcohol and Aldi apologised to Mrs Manton.

A spokesman said: “We operate a Challenge 25 policy at all of our stores and staff can apply this if they think alcohol may be passed to someone underage.

“We apologise to Ms Manton for any inconvenience caused.”

It is illegal for an adult to buy or attempt to buy alcohol on behalf of someone under 18.

Retailers can legally reserve the right to refuse the sale of alcohol to an adult if they are accompanied by a child and think it is being bought for them, according to Drink Aware.