by RealFix
in Animals, General, Health, Most Popular
0

A grandma is lucky to be alive after she was savagely mauled by a Staffie-type dog – which bit her leg ‘down to the BONE’.

Theresa Anderson, 65, was left with life-changing injuries to her lower left leg as surgeons battled to save her limb.

The married grandmother-of-17 had been walking up a flight of stairs to her son’s flat in Barrow, Cumbria, when she was maimed by the hound on Wednesday, August 22. 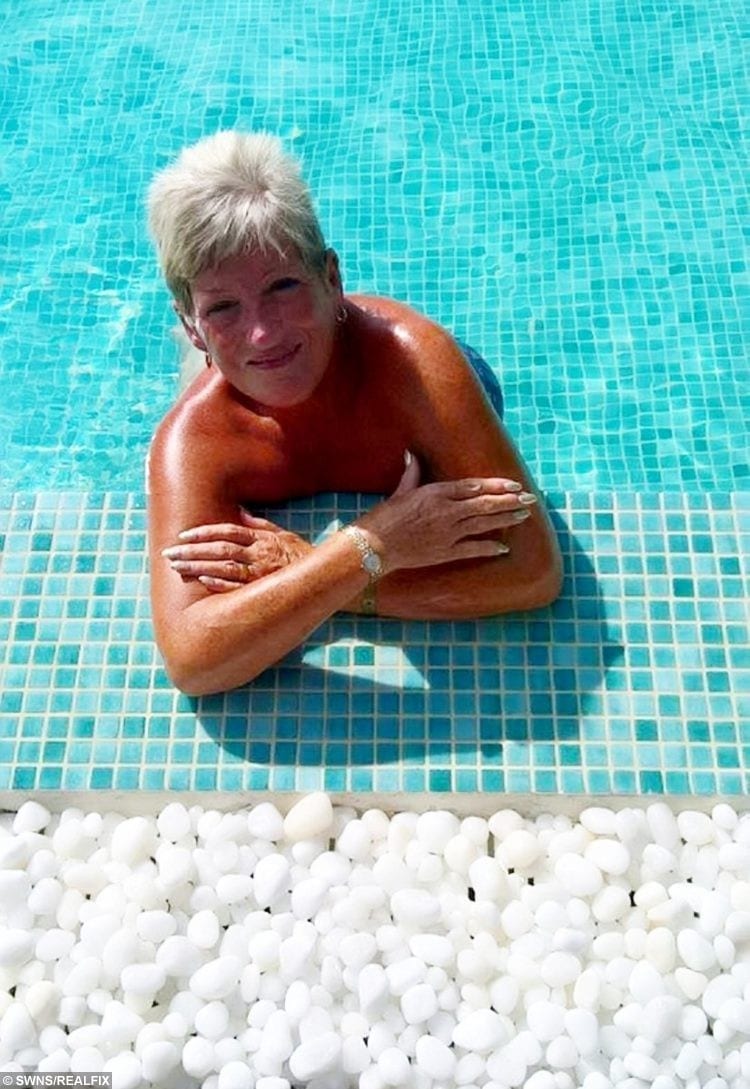 The animal dragged her from the steps as she tried to free herself – and it was all witnessed by her terrified grandchildren from her car.

“Every time I close my eyes I hear and see it [the dog]” Theresa said.

She added: “It’s so sad that it often seems to be this kind of dog but there are a lot of them around.”

Theresa had left her grandchildren Zak, 10, and four-year-old Eleanor, in the car for just a minute while checking to see if her eldest son was at home. 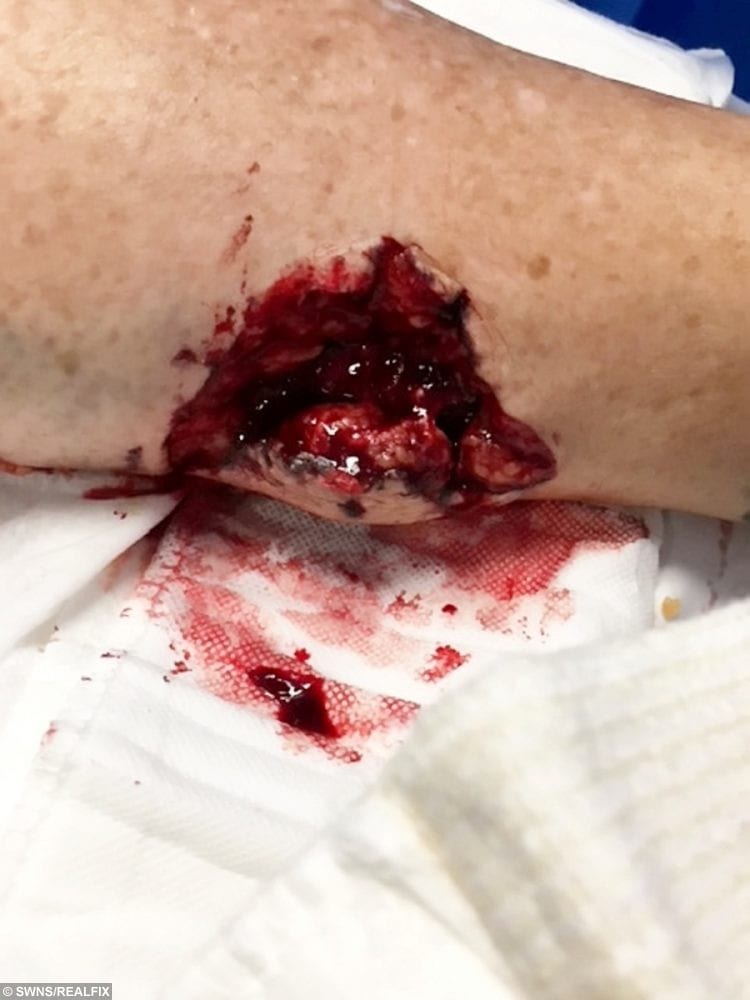 However, as she got to the first of three flights of steps, the dog launched itself at her.

She was dragged outside by the beast before it was chased off by a builder nearby who then phoned for an ambulance.

Theresa, a retired cafe owner, said: “It was all a blur – I just can’t believe it.

“I’m just glad it wasn’t my grandchildren, they’re only small, and the youngest would have been killed.

“I thought oh my god this is it isn’t it, but luckily Zak had realised what had happened and made sure his little sister couldn’t see.

“He rang his mum and got her out of work and she came.” 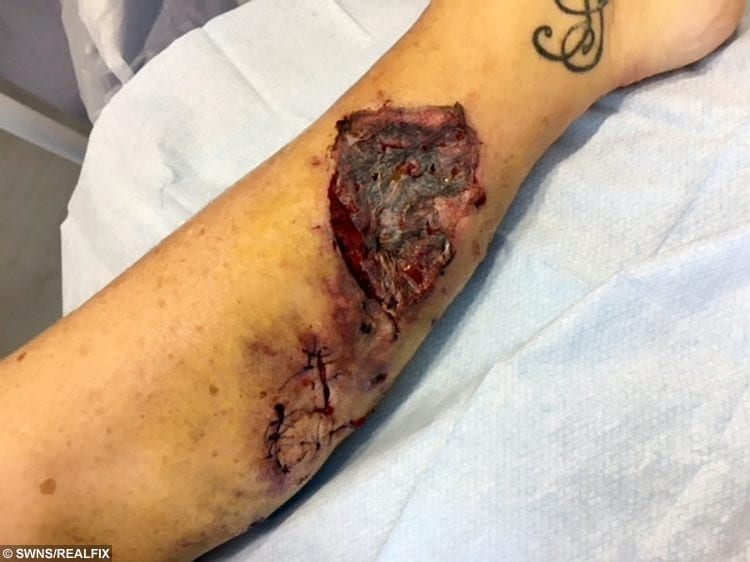 The ambulance took her to Furness General hospital before being moved to Royal Preston Hospital, Lancs.

She spent seven hours in surgery where doctors battled to save the damaged part of her lower leg but they were forced to graft some skin from her other leg.

She has been told she might not be able to walk properly – and to top it off she is unable to go on her pre-booked Maldives holiday for three weeks this month.

It is understood the dog’s owner has had the animal put down. 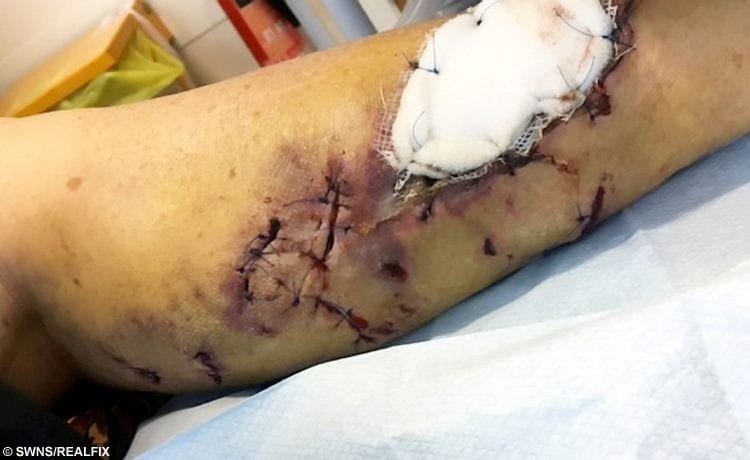 Theresa, who is a dog-lover and grew up with Alsatians and Dobermans, added: “You don’t get ‘dangerous dogs’ you just get bad owners,” she added.

Cumbria Police said they were investigating a possible offence of a dog being dangerously out of control.

A police spokesman said: “Officers are investigating the incident for the potential offence of a dog being dangerously out of control.”