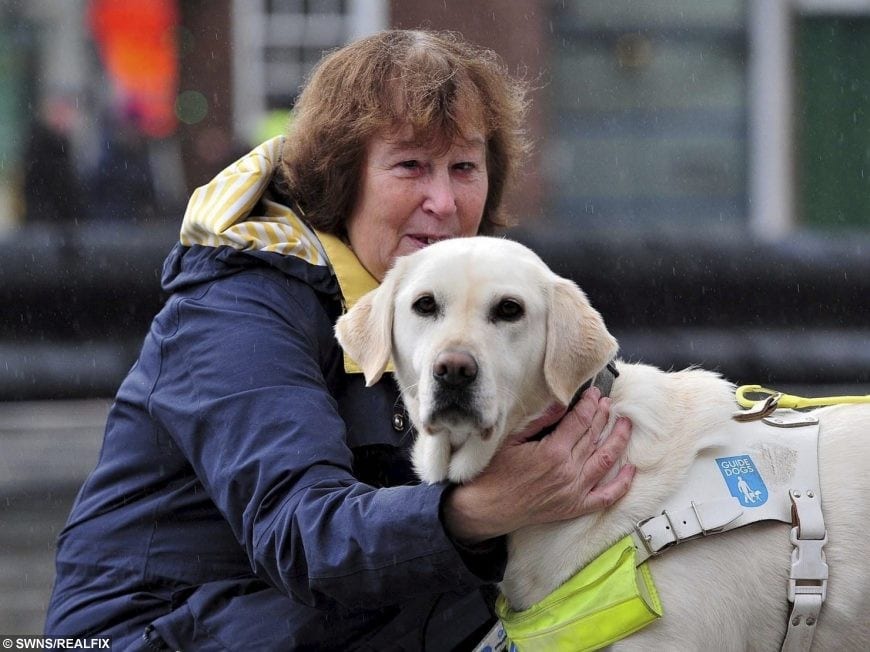 A council is investigating a cabbie accused of leaving a partially sighted pensioner by the roadside – after refusing to take her guide dog in his taxi.

Rosie Chandler, 68, tried to board a minivan at a pick-up point near Cathedral Square, Worcester, with her guide dog Sally and son, Daniel Thompson, on November 21.

But the driver said he would not take the dog because he did not believe it was an assistance dog, despite it having a harness and Guide Dog UK branded vest.

Rosie, of Great Witley, Worcs., said: “When I go out, I don’t anticipate getting refused travel.

“Having a sight issue is difficult enough without this added stress.

“Are taxi drivers being trained correctly and are checks being carried out?”

“I’m lucky Daniel was with me – if I was on my own I would have been more worried.”

Daniel Thompson, 45, said he explained his mother’s disability to the driver, and added:“When I questioned him again he responded by asking why we didn’t take the saloon in front of him, to which I told him his style of vehicle is easier for mum and the dog.

“He said again he would not take the dog.”

Mrs Chandler managed to get service with another taxi nearby but has since lodged a complaint with Worcester City Council which is investigating.

A spokesman for Worcester Taxi Drivers Association said: “Drivers who do this need to have their licences looked at.”

A spokesperson for Worcestershire Regulatory Services, acting on behalf of Worcester City Council, said: “I can confirm that a formal complaint has now been lodged.

“Officers will be investigating the allegations which have been made, with a view to taking formal action.

“Taxi drivers have a legal responsibility to carry any passengers accompanied by assistance dogs, unless the driver is exempt from doing so on certain medical grounds.”

Last month, taxi driver Anil Mathew, 45, lost his licence after refusing to pick up a blind man and his guide dog in Nottingham.