A mum has hit out after her nine-year-old autistic son managed to escaped from school at lunchtime – and walked the 10-minute journey home across three roads all on his own.

Lewis Smith has such a fascination with cars due to his severe autism that his mum, Lisa, always fears for his safety near roads.

He has the mind of a three-year-old and is unaware of his surroundings.

Yet the youngster, who attends a mainstream school, was able to crawl under a locked gate while the kids were playing outside after lunch.

It was only 10 minutes later that school friends told teachers they had spotted Lewis escaping from Bilsthorpe Flying High Academy in Bilsthorpe, Newark, Notts.

Full-time carer Mrs Smith, 34, said: “The thought of him walking along and across the roads home scares me to death.

“Lewis has a fascination with cars and quite often likes to look at them in great detail. How he got home on his own I do not know.”

Now Lisa, also mum to Brandon, 11, has removed Lewis from the school until she has assurances that he will be safe.

Lisa got a phonecall from the school last Wednesday (Sept 14) saying Lewis had left the school.

She said she had to put pressure on the school to get the police involved, as she was away from home at the time, shopping in Mansfield. 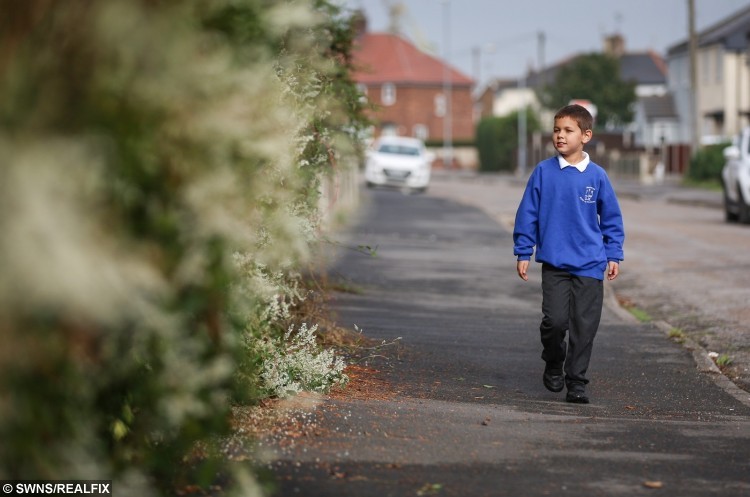 The academy denies staff mishandled the situation, saying police were alerted and staff were sent to look for Lewis without prompting from Lewis’ mother.

But Lisa said: “They told me he had been missing for 15 minutes and when I asked them to call the police they were reluctant.

“I raised my voice and shouted ‘call the police’. I was in a panic.

“I was shopping in town and collapsed because I was so worried.”

Lewis is vulnerable with “severe autism” and was in significant danger while on his own away from the school, because his condition means he has little alertness to his surroundings. 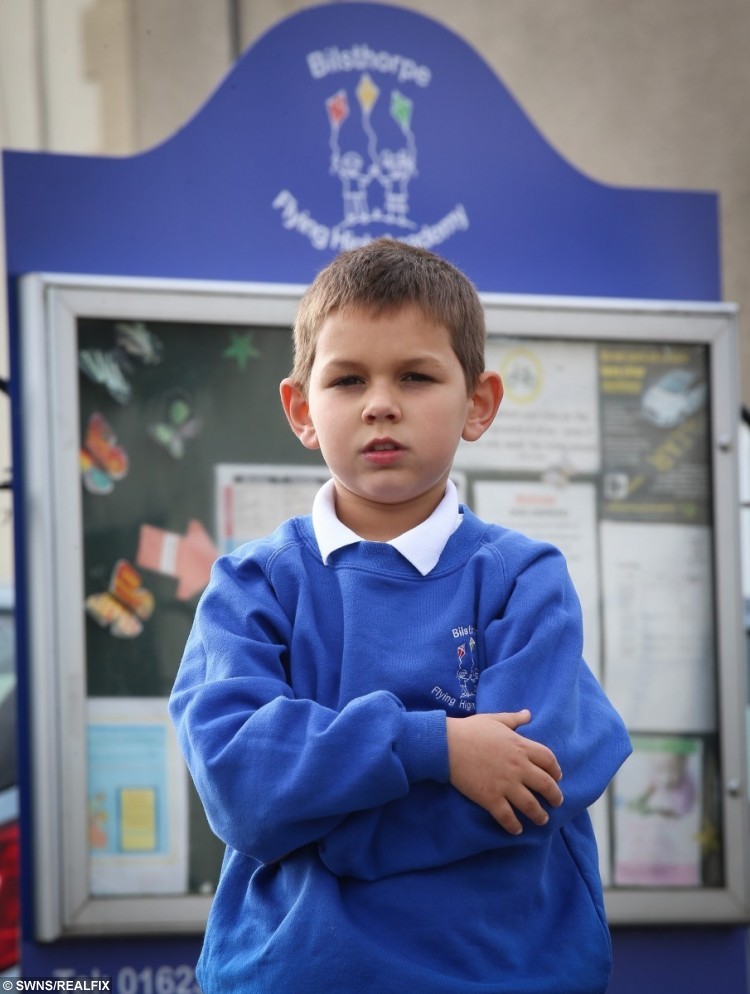 Mrs Smith said: “I was physically sick with worry. I told the teachers to look at my home and one of the teachers found him there.

“It was horrifying. I don’t know what’s going on at that school, but they’re not providing what he really needs.

“Lewis is autistic and he’s effectively got the mind of a three-year-old and can’t be left on his own, but he’s always been in mainstream schools.

“I’m not letting my son back to that school, he’s not safe there.”

Lewis was found almost half an hour after he’d gone missing in his back garden bouncing on the trampoline.

He was taken back to school where his dad, groundworker Andy Smith, 23, met him and decided to take him home after his ordeal.

Louise Brimble of the Flying High Trust said: “At approximately 12.25pm two boys reported to a lunchtime supervisor that they had seen a boy go under the gate and run to the drive then disappear.

“The office was informed to ring Lewis’s mum and if there was no answer or Lewis was not at home, to ring the police immediately on 999, which was done.

“The office did speak to mum but she was not currently at home.

“At the same time, two teachers were dispatched on foot and two more in cars to look for the pupil.

“They confirmed Lewis was later found by teachers on his trampoline at home.”

The family say they intend to make a complaint about the incident to Ofsted.

Lisa said: “Lewis was very upset after what happened. When Andy got to the school he was in such a state that he decided to take him home.

“We have kept him at home ever since. I’m to scared to let him go back.”