Javante Curry, a keen gym-goer was left red-faced when a video meant to capture his impressive 425lb deadlift on camera actually recorded his most embarrassing workout fail.

This gym-goer was left red-faced when a video of his impressive 425lb deadlift actually captured his embarrassing workout fail.

Javante Curry, 19, proudly completed the lift but then stepped backwards and took a tumble over a weights bench.

The Taco Bell cashier asked his gym buddy Will Hollis, 19, to film him flexing on April 9 but was dismayed to discover his embarrassing fall had also made the cut.

Javante said: “My friend was filming me because I like to post updates on my social media.

“I was lifting 425lbs, which is easy for me but after I dropped the weight I was flexing and as I backed up I fell right over the bench behind me.

“It slipped me up.

“I was embarrassed about it but luckily we were the only ones in the gym.”

Javante, of Youngstown, Ohio, was tempted to delete the video filmed at Body Shop Total Fitness but posted it online instead. 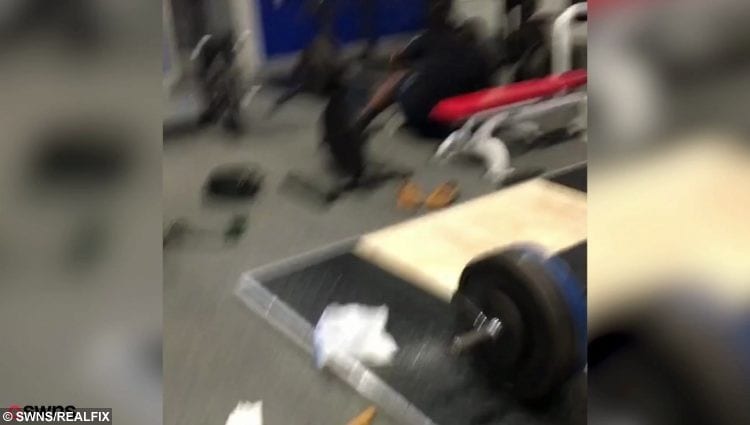 Javante said: “I wasn’t going to post but my friend said, ‘Man, this could go viral’.

“It was my first ever gym fail.

“We were cracking up about it for a while.”

Woman Bags A Job By Turning Herself Into ‘Fearless Girl’ Statue