Kind-hearted cops sent a riot van to a little boy’s birthday bash after a party bus failed to turn up.

His mum Anna put out an emotional plea on social media – never expecting police to turn up at their home with the marked vehicle for him and his friends to play in.

Anna, 36, said: “The police just absolutely saved our day and gave Alexander the perfect birthday that was was so very nearly ruined.

“When I saw them arrive at my house, I was overcome with emotions and the children were just over the moon.

“”They let Alexander and his friends climb in the van and ask questions.

“They were there for over an hour and even stayed for cake. We were just so grateful.”

Stay-at-home mum Anna booked the party bus as Alexander, who suffers from autism, loves everything about buses.

She was quoted £325 for an hour-and-a half session which was meant to be filled with climbing and bouncing equipment for children to play in. 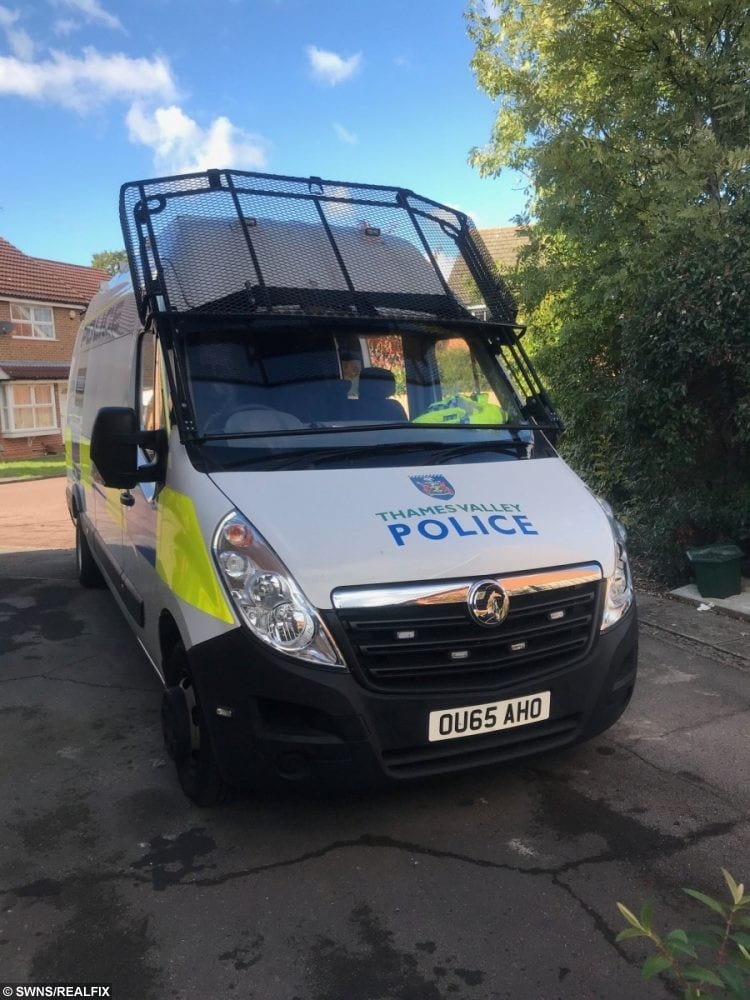 Anna, who is also mum to three-year-old Phoebe, added: “We were just furious and upset when the party bus did not arrive.

“There were 22 children asking when the party bus was coming and we didn’t know what to tell them.

“We had people trying to phone the business but they never answered and to this day have never got back to us.

“It broke my heart because I knew how excited he was to play in the bus as buses are his favourite things the world.”

As Anna and parents of Alexander’s friends realised the bus was not coming, they rushed to a nearby shop to buy party games and snacks to try and save the party.

But they also sent out a plea on social media begging for any friends or members of the public with a bus to come along.

Stephanie Cooke, 31, whose son Ben, five, was at the party, praised the ‘caring and lovely’ police officers were so quick to jump in and help out.

The recruitment business owner said: “Poor Alexander was devastated and kept walking around saying ‘bus, bus, bus’ and I was so desperate to find a way to help him.

“The police sergeant got in touch to say that she did not have a bus, but that they would be at the house with a riot van in ten minutes.”

Police turned up with 20 minutes to spare, much to the delight of Alexander and his friends.

Anna, who is married to Justin, a 44-year-old IT consultant, added: “The police were just absolutely fabulous.

“They didn’t need to take time out of work to come to the party but they did and that means a lot.

“I think that in the end, Alexander had the perfect day.

“I am so grateful for the help of all the parents and the police for everything they did that day.” 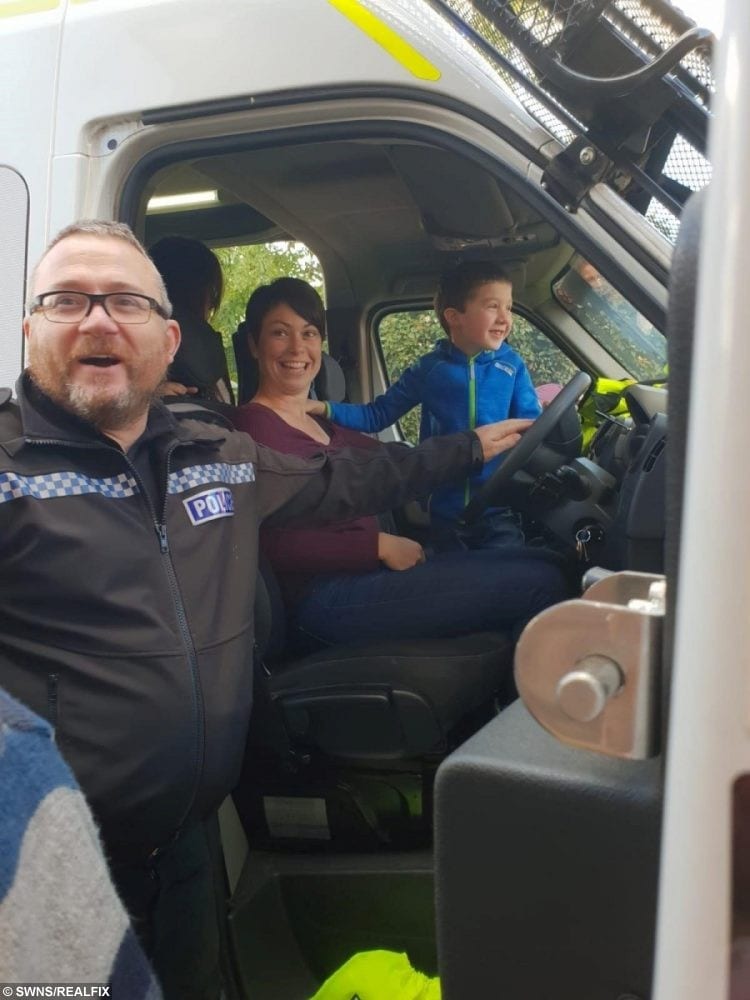 Sergeant Cassandra Oswald, of Bracknell neighbourhood policing team said: “We thought it would be a great opportunity to engage with some of our local residents and to give these young children a positive experience of the police.

“It is really important that children know we are there to help them and be comfortable in approaching us.

“We were happy to make Alexander’s day and show the children the van.”