A mum whose seven-year-old son doesn’t have any friends put an appeal out on Facebook for birthday cards – and was inundated with them from around the world.

Distressed Molly Povey, 42, wrote an emotional plea online after her son Roman said he struggled to make pals at school. 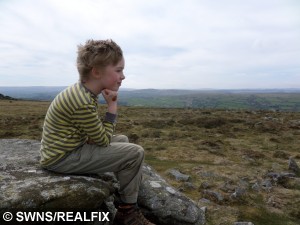 He used to cry himself to sleep at night because he has no mates and had received just one party invitation from the kids at school his whole life.

His mum says the difficulties stem from his shyness and problems with his speech.

But the appeal was so successful that Roman has now received more than 200 cards – from Dubai, Denmark, Austria, Egypt, New Zealand, Finland, Germany and Norway.

He even received parcels from NASA and 20th Century Fox.

Molly, a teacher from Newton Abbot, Devon, decided to put out the appeal after Roman faced another friendless birthday party.

Mum says; “In seven years he has only had one party invite. I completely understand that it costs a lot of money to host parties, so kids only want their best friends there.

“In the past I have even offered to pay but that didn’t work. He would come home crying from school every day, it really upsets him that he doesn’t have any friends.”

The post reads: ‘Roman doesn’t have any friends and often cries himself to sleep because of this. In seven years he has had only had one party invite.

“Sometimes he sits crying asking if he will get a call to invite him to a classmate’s party, and we have to explain that he won’t.

“I have even rung friends up and asked if I can pay the party fee to take Roman along and keep an eye on him – but no, this has not worked either.

“I cannot express how heart-breaking these past few years have been seeing my beautiful boy so upset, so often.

“He has struggled to make friends because of he has difficulty communicating.

“When the kids come over to talk to him he can’t keep up with them, which makes him feel bad

“He has delayed speech, I think he’s fine but other people struggle to understand him.

“If any school parents could ask their children to say happy birthday to him on the or maybe give him a card if in his class – I know it would mean the world to him to feel special for once and popular.”

Soon Molly started to receive messages from complete strangers, from as far away as Uganda, asking to send little Roman a birthday card.

Over the next couple of weeks the cards continued to arrive from countries including Dubai, Denmark, Austria, Egypt, New Zealand, Finland, Germany and Norway.

Roman, a keen film fan, who dreams of one day becoming a movie director, even received packages from NASA, 20th Century Fox, and a letter from the director of GI Joe – Jon M Chu.

Mrs Mole said: “The compassion shown has been truly inspiring.

“I was hoping a couple of school people might give him a card, but it went viral with people offering to send him cards from all over the world.

“Within 12 hours my post had been shared around the world from friends to their friends and beyond.

“The moment I realised it had gone global was when someone in Uganda messaged me and asked if they could send my son Roman a birthday card.

“It’s been amazing, I’m so overwhelmed with people’s kindness.

“When he went into school this morning there were children surrounding the gates waiting to give him a card.

“He came down the stairs in floods of tears and flung himself into my arms saying ‘I’m crying with happiness mummy.”

Roman turned 11 on April 29th and opened his treasure trove of birthday cards with dad Ian, 40, and brothers Xander, 13, and Byron, 9 in their home in Newton Abbot.

Anyone wanting to wish him a happy birthday can do so by searching ‘Cards for Roman’ on Facebook.

It’s official! Merlin breaks world record with a purr as loud as a lion