A man born with just one arm has fought against the odds – to become a fully qualified driving instructor.

Married father-of-two Khuram Iqbal has refused to allow the fact he wears a prosthetic left arm stop him motoring on.

The 31-year-old, who drives manuals and automatics, revealed that reversing with one arm is not tricky as he will use his ‘real’ right arm to do that.

“If you think about it,” he said, “you don’t reverse while you are driving, so it is easy for me to stop and use my right arm to push the gear down heavily, complete my manouevre and set off.” 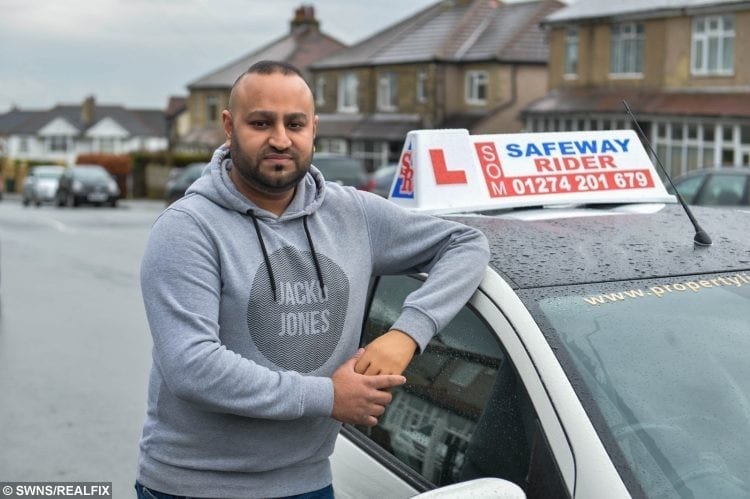 He said: “I think I’m a big inspiration to my learner drivers, I was born with no lower left arm, and if they see that I can do it, then they can do it.”

The eldest of five, Khuram said his parents have always encouraged him to not let his disability get in the way.

Getting his first prosthetic arm at just two-years-old, Khuram has always got on with things and worked hard at school.

He got a law degree in 2008 and had dreams of being a solicitor. It was around the same time that he decided he wanted to learn to drive.

He said: “As I grew up watching my parents drive I didn’t even think I’d be able to.

“I could see how much it involves the use of both arms, when I was little I didn’t know about automatic cars so it never entered my head.

“As I got older I thought I might be able to do it in an automatic, but when I told my mum I was thinking of learning to drive she told me I should learn to drive a manual car just like everyone else.

“She said that I should not rule out being able to do it until I, at least, tried.

“When I did try I was amazed to find it was easy.

“My prosthetic is rubber so it grips very well, it is also quite concave so lends itself well to moving the gearstick.

“I passed my test first time.”

Instead of becoming a solicitor Khuram opened an estate agency in 2014, working alongside his father. 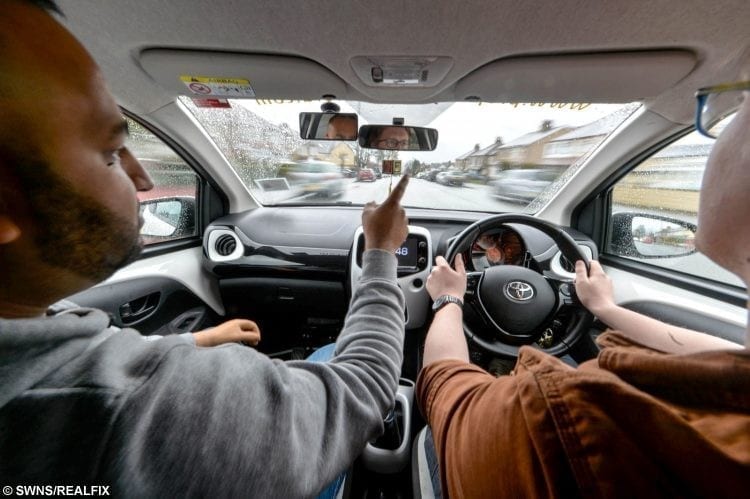 But when he wanted extra part-time work he looked into becoming a driving instructor.

“I didn’t know initially whether I would officially be allowed to do the job, but I suppose the only real qualification is being able to drive.

“I passed all my exams with flying colours and am now really pleased to be teaching others, especially as it is something that is so important to me.

“I want others to see that you can do anything if you put your mind to it.

“Never lose hope. The worse thing you can do is lose hope and underestimate yourself.”