Meet the teenager who taught her locked-in little brother to talk – and is now on a mission to make sure he can communicate with the world.

Little Christian Kilduff, three, was born with cerebral palsy, a brain injury and is registered blind after he was born not breathing.

His mum Diana, 36, was told would never walk, talk and would have a poor quality of life – but with the help of his adoring big sister Jade, 17, he’s proving them all wrong.

Jade enrolled in an evening class to learn Makaton – a form of sign language – and has since taught him 70 signs, and even some spoken words. 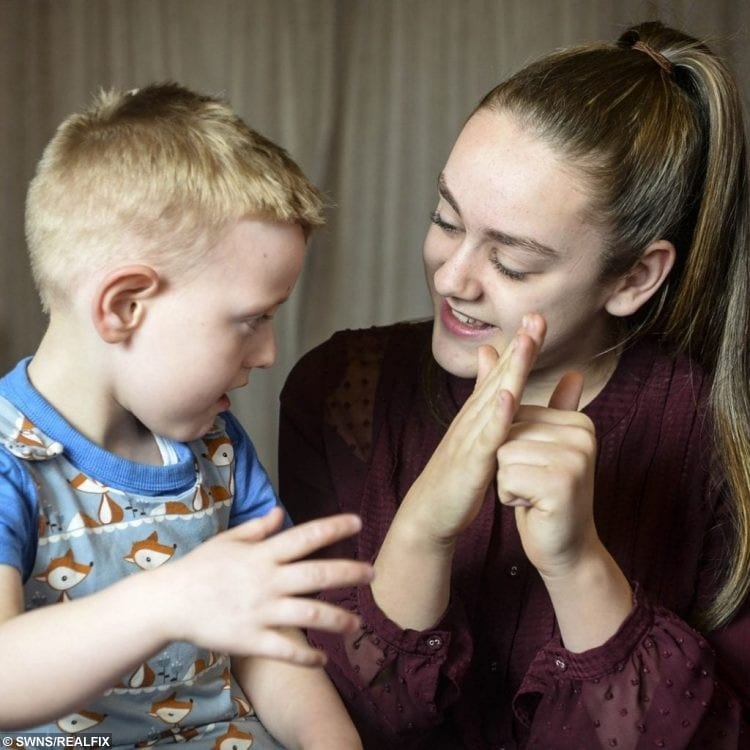 But that wasn’t enough for determined Jade and she records daily videos with Christian, where they teach thousands 17,000 Facebook fans a day.

He’s now petitioning the Government to have some form of sign language taught in every mainstream school, so Christian can communicate with more people.

Jade, from Heywood, Rochdale, said: “My dream is for Christian to grow up and speak to whoever he wants. 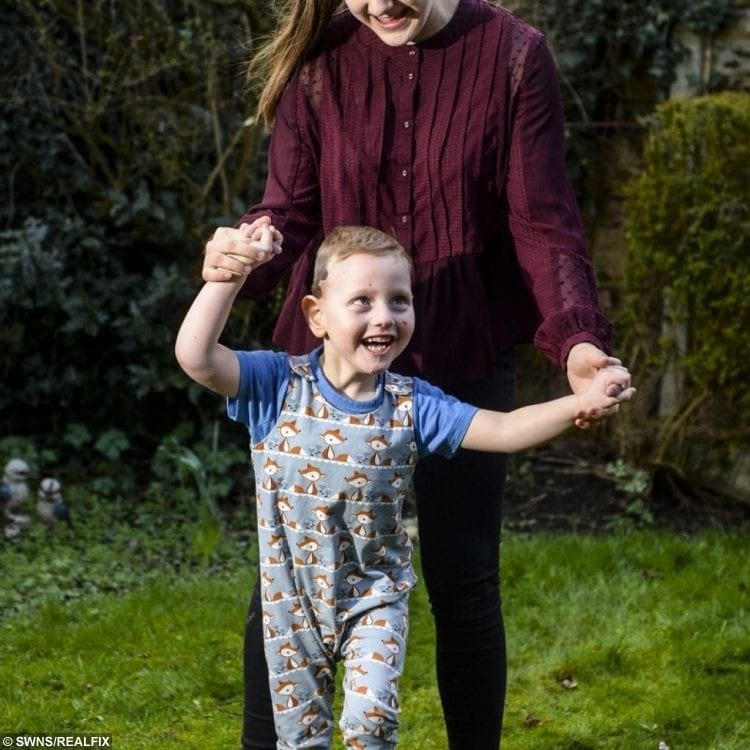 “Even if everyone just learnt the basic signs at least.

“I’d hate a world for Christian where only a select few people knew enough signs to understand him. It must be so isolating.

“Because he’s so full of life and smiley people do approach him when we go out to the supermarket but then they realise they have no way of communicating with him.

“It’s then down to me to communicate between them which is fine but he’s not always going to want me to be his voice.

“I am determined to make a difference in the world for my brother and other children and adults with learning difficulties. 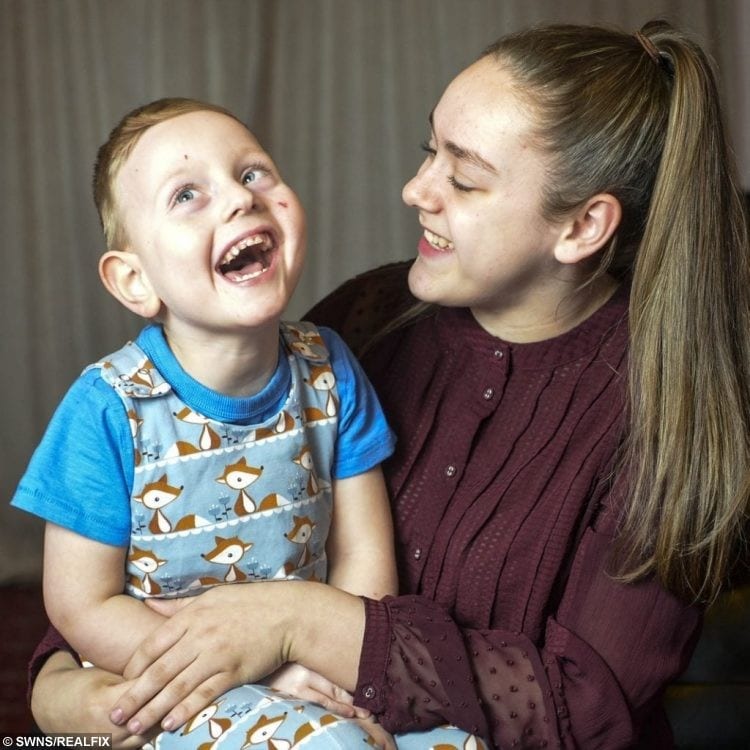 “He is out little miracle and he amazes us every day.

“My greatest fear is that he grows up in a world where he can only socialise with his family and a limited amount of people.”

Doctors spent 23 minutes resuscitating Christian before he took his first breathe when he was born not breathing in 2015.

He was left with grade 3 hypoxic ischemic encephalopathy brain injury, and he was in a come for a week and given less than a one per cent chance of pulling through.

Miraculously Christian pulled through but doctors told the family he would never walk, talk and would have a poor quality of life. 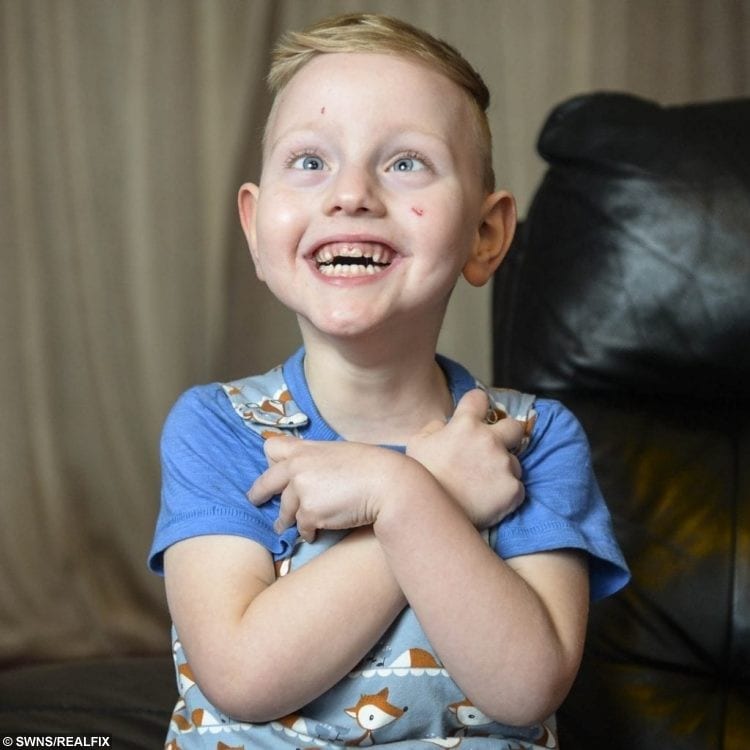 He didn’t speak any signs or words until Jade took up a level 1 course in Makaton at her local village hall in Heywood, Rochdale, so she could teach Christian, then aged one.

She said: “It took him a while.

“The first word he learned was ‘finished’.

“Now whenever he finishes his food he’ll just repeat it over and over again because he understands it.

“He knows dozens of words now. 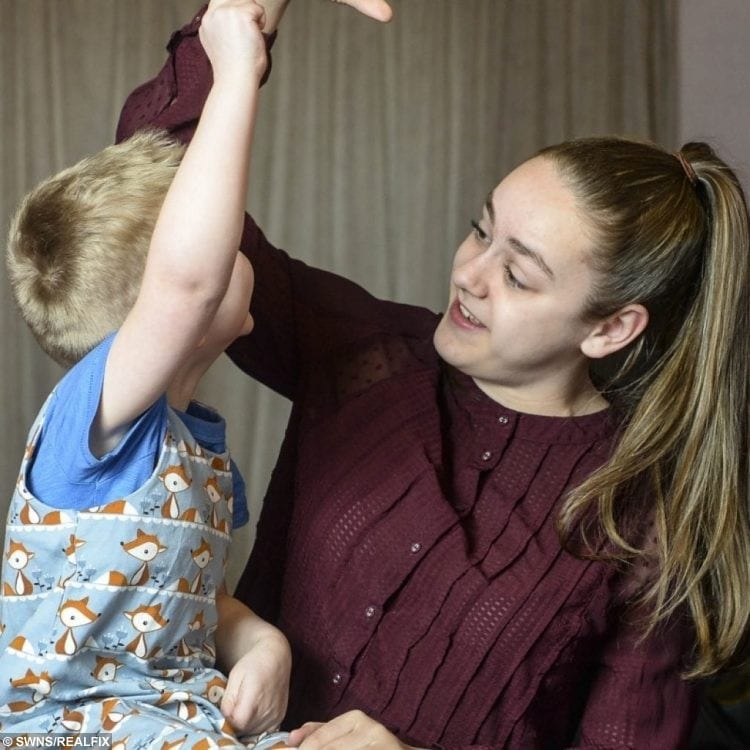 “Whenever we’re in the car he signs it out and when we get near our road he starts doing home.

“It’s a great feeling to know he’s able to do that because of me and my mum.”

Despite equipping him with dozens of words, Jade realised Christian could only speak to a limited number of people.

She set up online learning channel SignAlongWithUs, which teaches followers a daily word in Makaton. 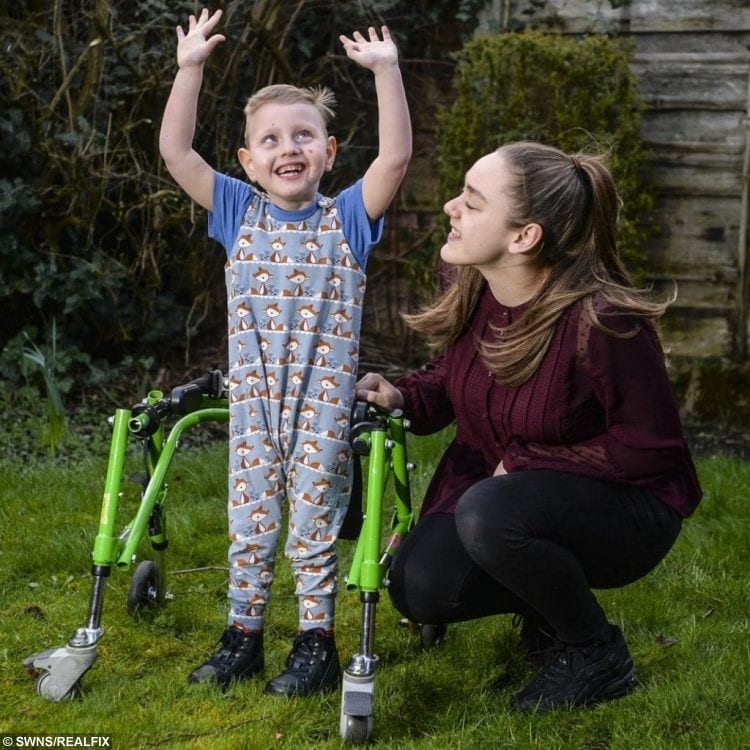 She now uploads a daily word of the day while juggling her A-levels studies in dance, drama and pre-teaching.

In just two months, Jade and Christian have amassed more then 17,000 followers and thousands of views on their daily videos.

Jade said: “I realised whenever people met Christian they would always ask me how to sign.

“So I started filming to show my friend the basics.

“Then a family friend said it would be good to start a page so other people can learn from it. 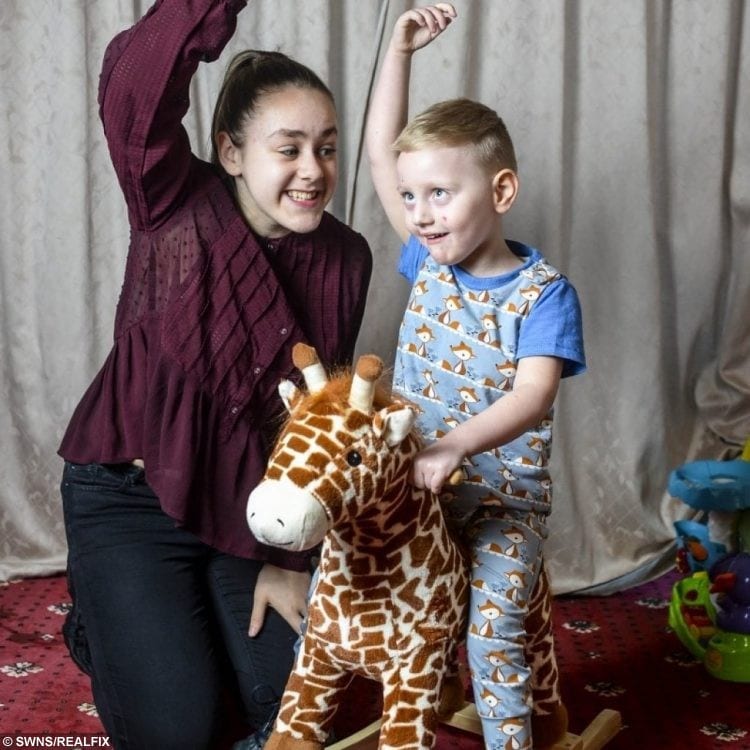 “I came back from football practice and because Christian loves playing with balls we decided on ‘ball’ for the first video.

“We enjoyed doing it so decided to do some more.

“Since I set up the page, people are able to approach Christian themselves and say hello.

“He went to his dance lesson and other people in his class had been watching the videos.

“They all signed ‘good morning Christian’.

“Everyone was saying good morning to him.

“That really means the world to me. 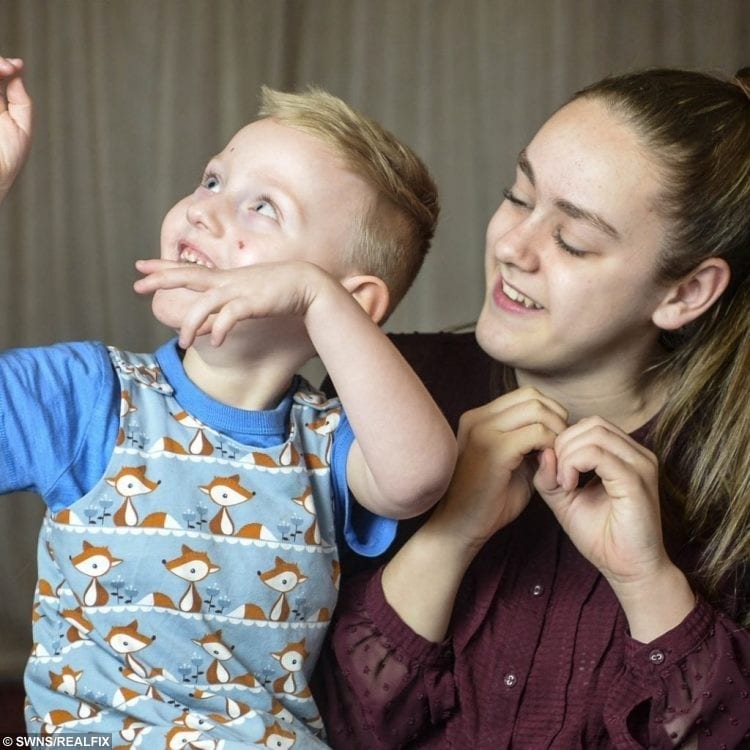 “I’ve had parents message me telling me it is part of the kids’ bedtime routine.

“There’s also been people at schools messaging me telling me the videos are shown in registration and assembly.

“Recently we’ve been doing a lot of music as he’s a massive fan of the Greatest Showman.

Now Jade has set up a petition, which has so far reached 12,800 signatures, calling for British Sign Language to be compulsory across schools in the UK.

Jade said: “This doesn’t have to cost much or take time out of the school curriculum.

“It can be done quite easily and won’t cost a lot.

“I have seen the difference it has made to my brother and it has just opened my eyes to other people with disabilities.

“People who have Autism, Down’s Syndrome and other learning difficulties use it as a tool to communicate.

“I’ve seen the positive effect it is having on my brother and everyone else in his life.

“Imagine the thousands of people it could help across the UK if everyone knew just the basic communication.”

Model Tells How She Earns £120,000 A Year Selling Racy Nude Photos Of Herself – After She Ditched Her Job In M&S

Model Tells How She Earns £120,000 A Year Selling Racy Nude Photos Of Herself - After She Ditched Her Job In M&S