HomeAnimalsGeneralMost PopularMeet the world’s oldest cat – but can you guess his age? 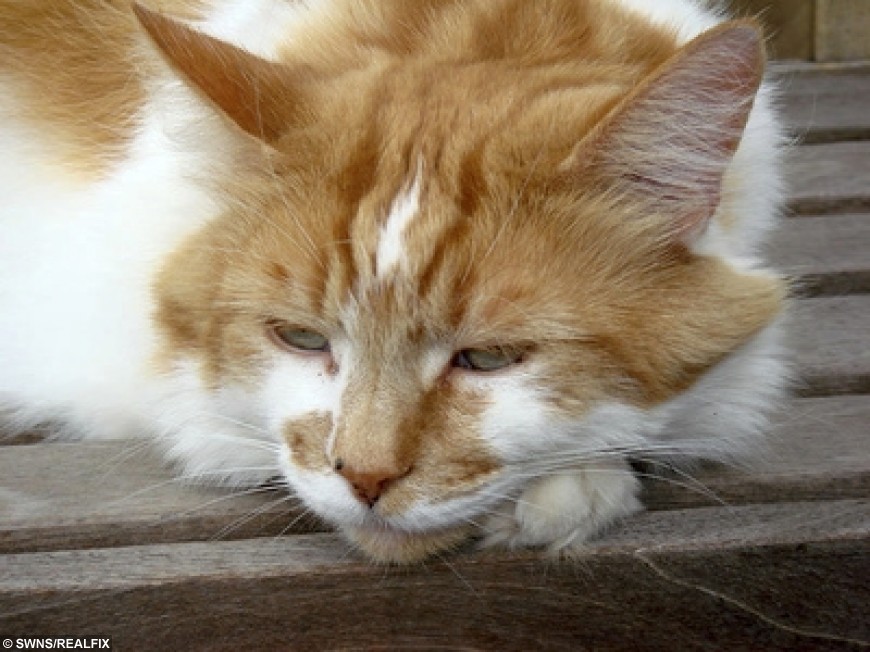 A British woman claims to have the world’s oldest cat – aged 28.

The ageing moggy – named Rubble – has been with owner Michele Foster since she got him as a kitten when she first moved out of home in May 1988.

She puts his incredible longevity down to the fact that she never had her own children and pampers him like she would her offspring.

And if her claims were officially verified then Rubble would beat the current Guinness World Record Holder – an American cat Corduroy who was also born in August 1989 – by more than a year.

But Michele says that, although she was proud of her pet’s achievement, she was unlikely to go down the world record route – as she doesn’t want to turn Rubble into a celebrity.

She said: “Rubble is a very proud cat and a lovely pet to have. But more recently, as he has been getting older, he has developed arthritis and is totally deaf.

“He isn’t the same cat and is declining, but he will still come and see you and loves being stroked. 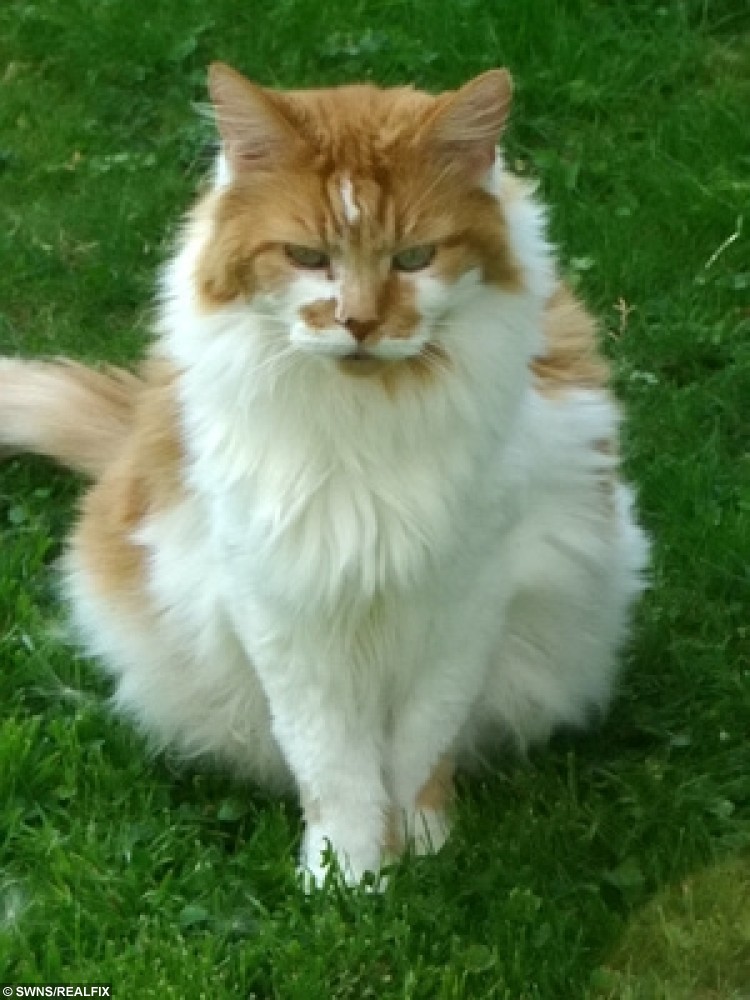 “He still has plenty of life left in him. He is fine – but just very sleepy. He eats a lot, goes out and still does all the normal things.

“But I don’t think we will go down the Guinness World Record route as I am not sure he would like lots of people coming to see him or a fuss being made out of him.

“He is old now and would not like too much attention or be hassled. We would prefer if he was just left to live out his old age in peace.” 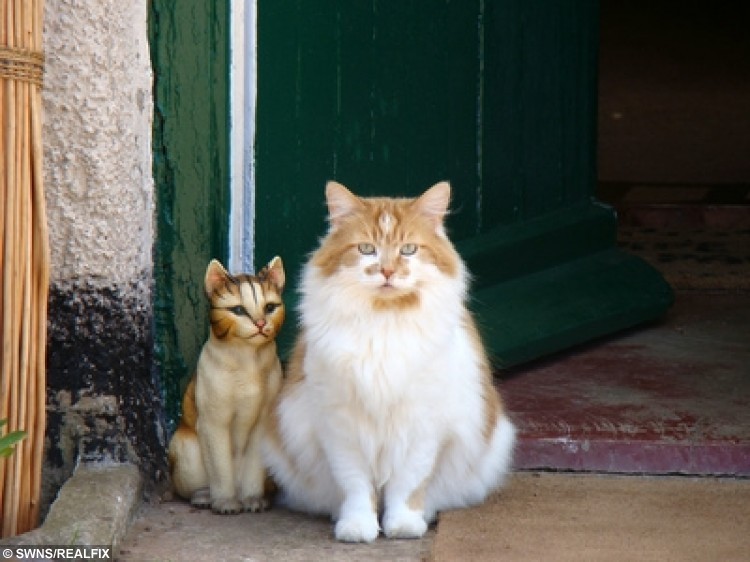 And she remembers the exact moment that she first met Rubble and claims to be 100 per cent certain of the dates.

“He was part of a litter cat that my sister’s friend had and I had just left home. I was lonely living on my own so got him in as a kitten. It was in May 1988.

“I am shocked to hear he is a full year older than the current world record holder. 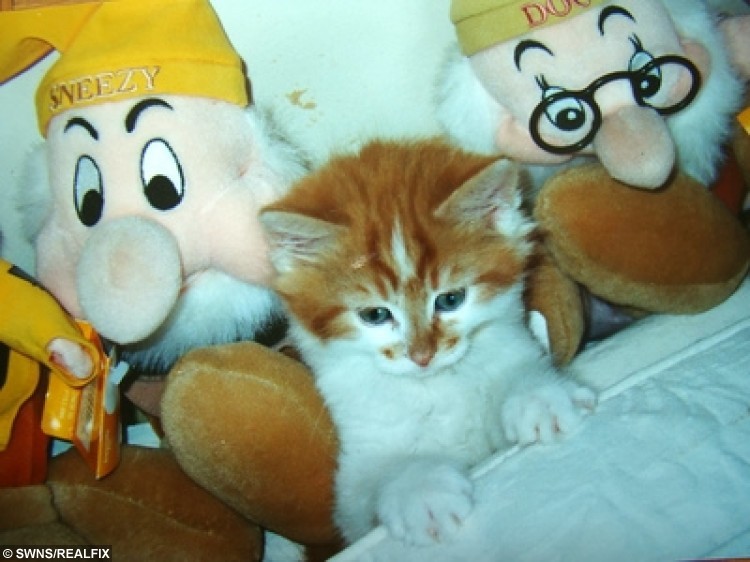 “I was speaking to my vets and discovered one in Texas who lived until he was 30 but he is dead now.

Rubble has been a loyal companion to Michele virtually all her adult life.

She added: “He is very loyal. We used to live in London and moved around a lot.

“He came in the removal van to Devon with us when we moved 15 years ago. 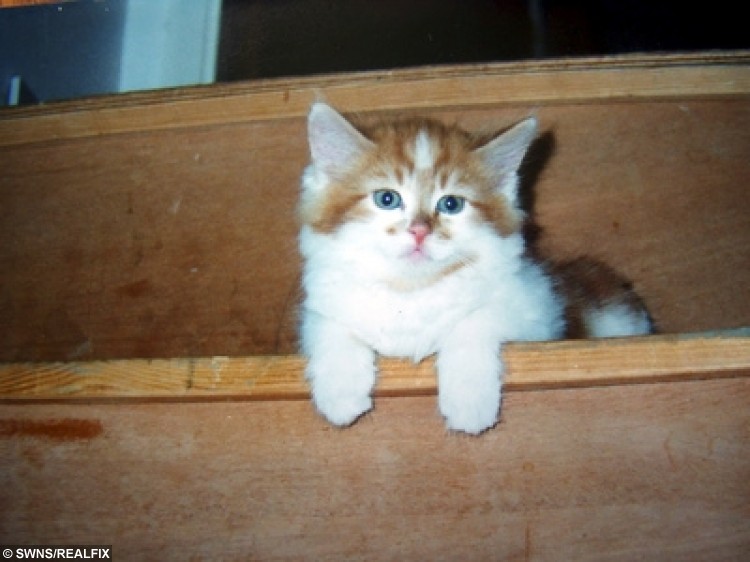 “I am quite shocked to hear he could be the world’s oldest. I would have thought others would be just as old, but I am 100 per cent certain of when I got him.

“He is just an ordinary cat.

“But I think if you care about something and someone and really love them, that goes a long way.

“I have always treated him like a child – I don’t have any children and had another cat called Meg – who passed at the age of 25. 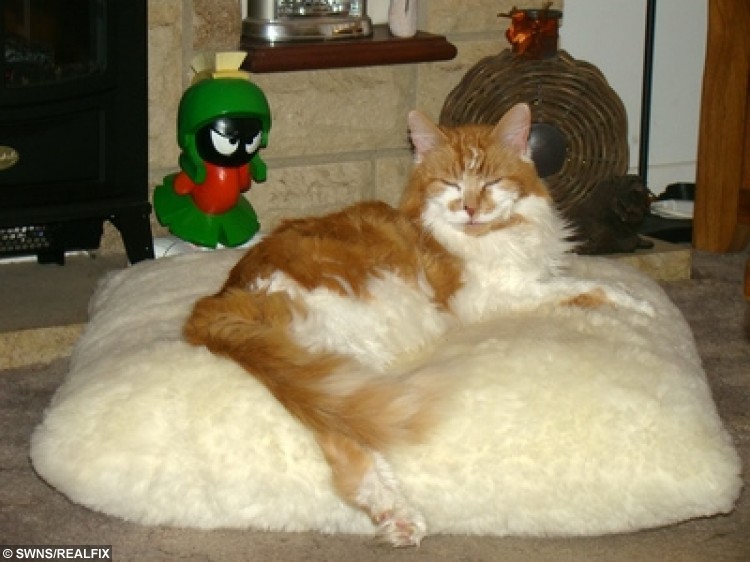 “If you care about something, no matter what it is, it does last.”

The moggy – who is the equivalent of 196 human years – is a great big fluffy Maine Coon type cat and in great condition for his age.

Michele, who works at the Royal Devon and Exeter Hospital as an office manager, added: “Because he is stone deaf, he has got a very load meow, which is quite funny. He is very vocal, especially when it is dinner time.

“He is called Rubble because we got him with another cat who we called Barney. Unfortunately Barney died.

“People are amazed when I tell them he is 28. He is such a great character.” 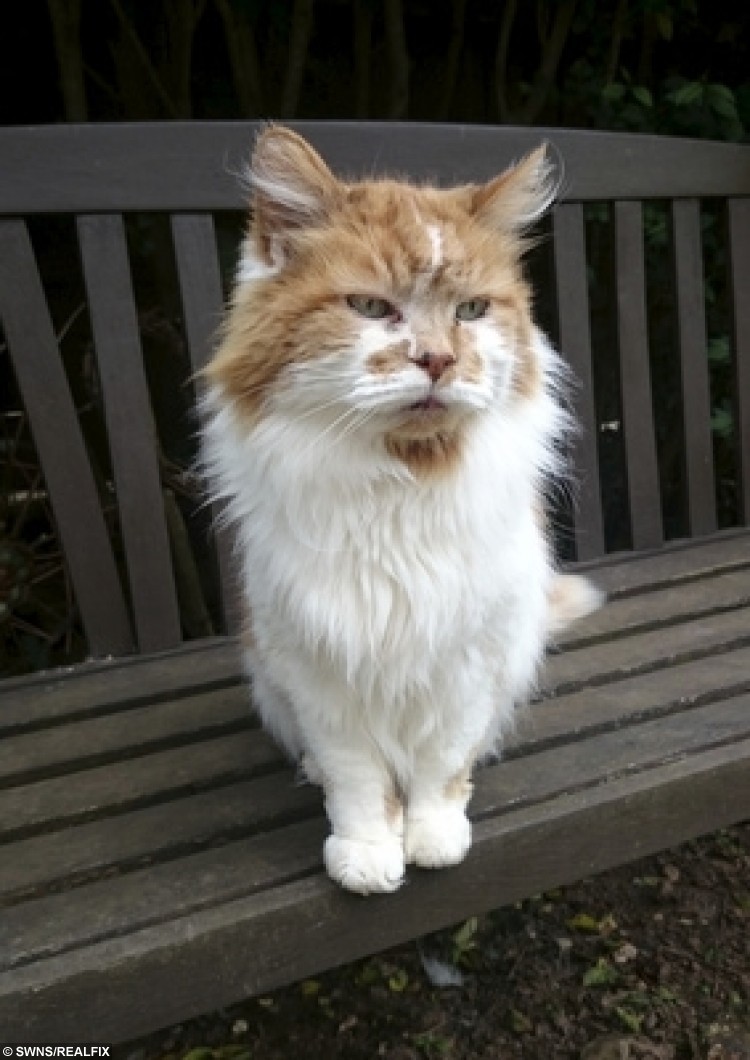 Shaun Moore, from City Vets in Exeter who looks after Rubble, said he is the oldest cat he had ever come across by some distance.

He said: “I have never known a cat to reach such an age and he is in magnificent condition for his age.

“He does suffer from an overactive thyroid – a very common condition of older cats – but that is under control with medication.” 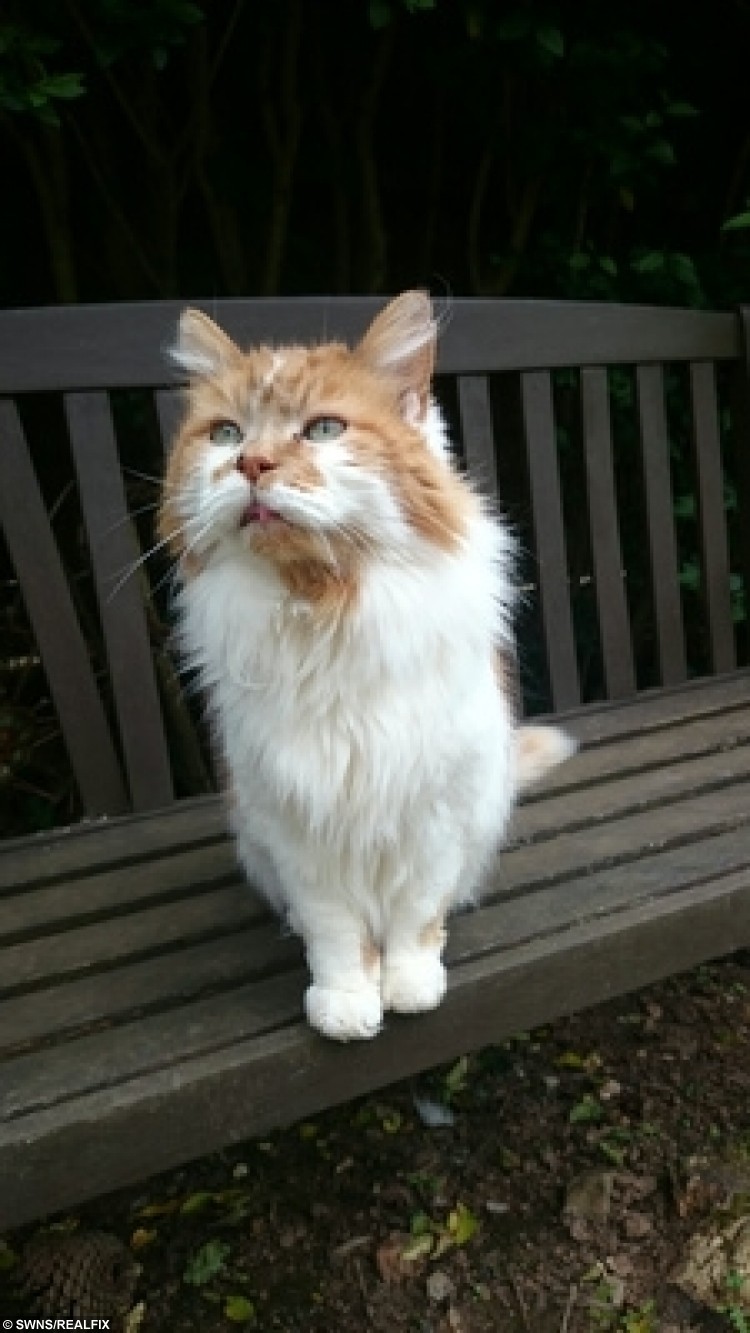 Rubble who may be the world’s oldest cat

The oldest cat ever is Creme Puff who was born on 3 August 1967 and lived until 6 August 2005 – an amazing 38 years and three days! Creme Puff lived with her owner, Jake Perry, in Austin, Texas, USA.

Domesticated cats have an average lifespan of 15 years.

« Previous post Happy couple spend their golden anniversary in the same hotel room they spent their wedding night – and for the same price.
Next article » Police officer scares runaway suspect into giving himself up by BARKING at him like a force dog