This is the shocking moment a reckless mobility scooter user was captured on camera driving into oncoming traffic on a busy commuter route into a city centre.

The elderly man was filmed driving through a red-light on a main road into Worcester by a stunned passer-by last week.

He can be seen making his way along on his electric scooter into the path of a queue of cars as they turn a corner beneath a bridge on Newtown Road.

The man appears blissfully unaware of the danger he is as he slowly negotiates the busy streets as motorists beep and flash their headlights. 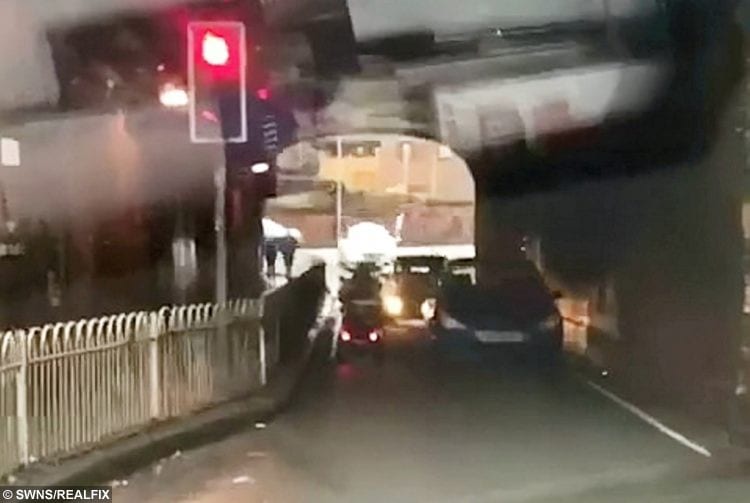 The person who filmed the footage, who wishes to remain anonymous, said: “I was just going into town with a mate when we spotted this guy going through a red light.

“We’d actually heard that he does this type of thing quite frequently but I was gobsmacked when I saw him doing it.

“He just ran a red light and started driving the wrong way under the bridge. There were cars coming around the corner and he just didn’t seem to have a care in the world.

“I couldn’t believe how dangerous he was being, because he got quite close to cars as they were coming towards him.

“Some people tried to warn him by flashing their lights and beeping their horns but he didn’t appear to have a care in the world.

“There isn’t a drop kerb there, so I think he was just getting to where he wanted to go with no real thought about how to get there safely. 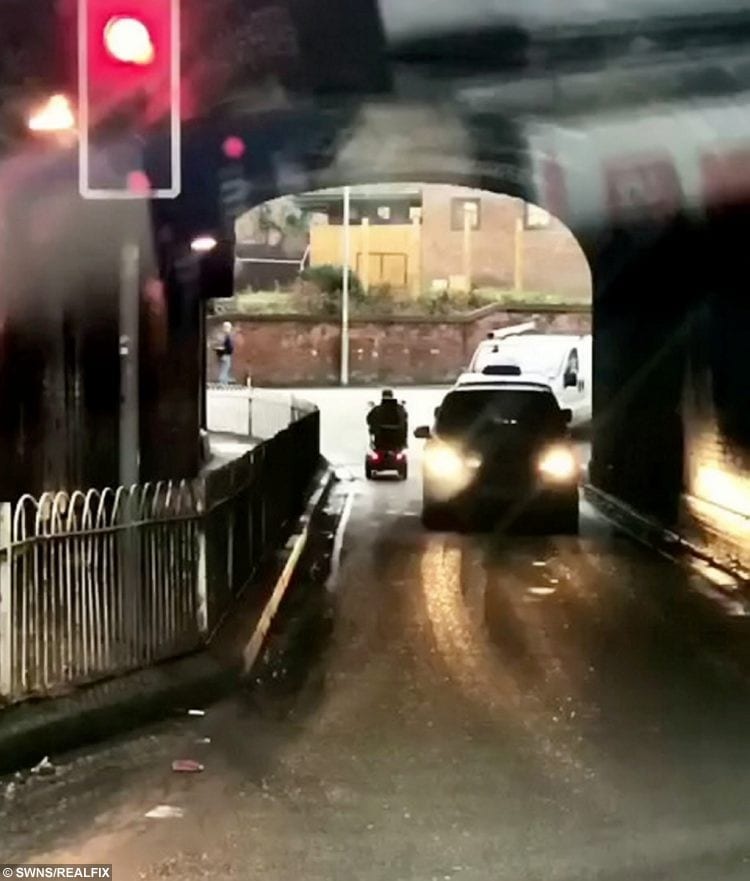 “You hear about people getting knocked off those things so you would think he would be a bit more careful.

“I just want other mobility scooter users to be aware of the dangers and not to attempt something like this in future.

“It was a very dangerous and reckless thing to do but as far as I’m aware he was absolutely fine.”

Note Accuses Couple Of Being ‘Fat, Lazy Cows’ For Parking In Parent Space At Local Supermarket