by RealFix
in Crime, General, Most Popular, Videos
0

This is the moment a brave barista took on a man armed with a CHAIN after he allegedly locked himself in the loo for an entire day.

Customers claim the 26-year-old man locked himself in the disabled toilet on Tuesday morning, shortly after the store opened at 6am.

Footage captured by a shaken customer shows the moment three female baristas surround the toilet, before using the store keys to unlock the door.

One bravely barges through the open door. 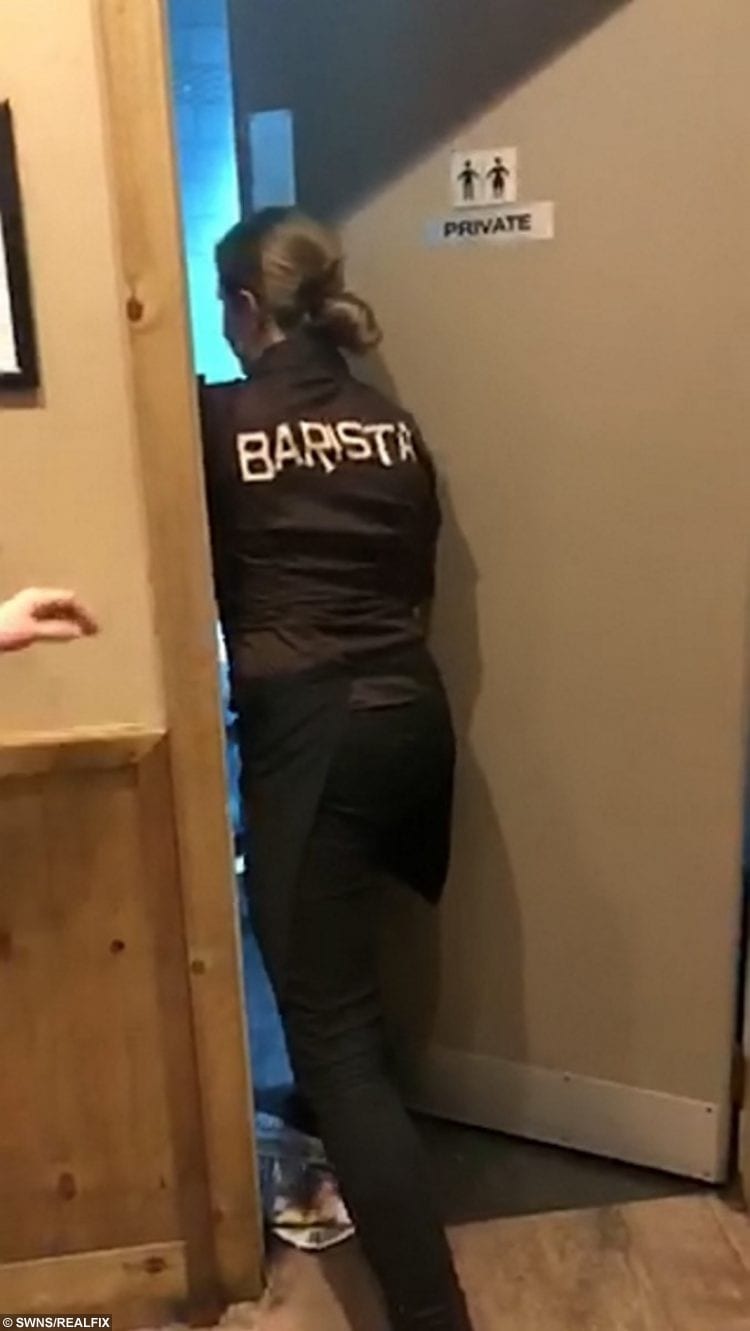 A female customer leaving a nearby toilet calls on customers to “help the girls” as the sound of a chain rustling can be heard in the background.

With the door ajar the man can be seen vigorously waving around what looks like a large chain shouting “No, no”.

A dozen customers crowd around the toilet at the Finsbury Park store calling on the man to “open the door” and “get out” of the toilet before he closes and locks it again. 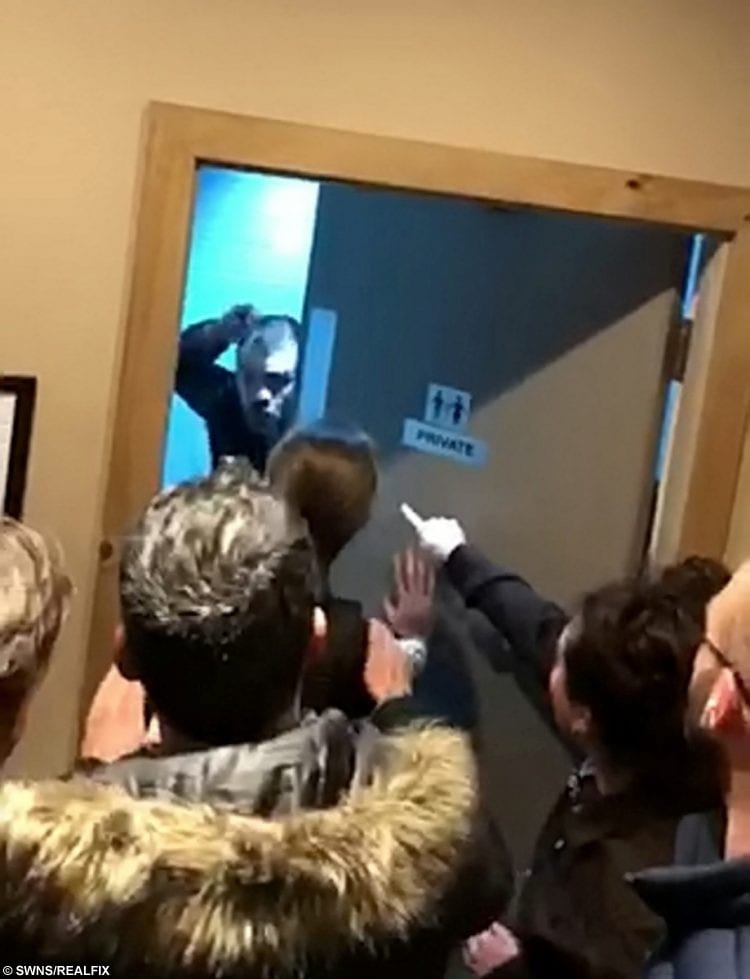 Customer Jacob Stern, 20, said: “I had been in the store for about an hour and all that time there had been a huge queue for the loo.

“I think a customer complained and I overheard he had been in there since the start of the day.

“People were screaming for him to get out.

“It was around 8pm so they were about to close the shop soon.

“The barista was extremely brave.

“When caught glimpse of the chain it became really scary.

“As soon as she opened the door he whacked her with the chain shouting ‘Get out’.

“She was touching her head to check for blood but thankfully there was nothing there.

“The three members of staff were all great.

“The shop was very busy and around 15 to 20 customers came rushing over to help.

“As soon as the guy shut the door the staff locked the shop.

“The police came about two to three minutes after.

“It was chaos but the staff were great.”

A spokesman for Costa said: “‘We are aware of the incident which took place at our store in Finsbury Park yesterday evening. The police were called and the individual was arrested.”

A Met police spokesman said: “Police in Islington arrested a 26-year-old man on suspicion of assault following an altercation in a coffee shop in Seven Sisters Road, N4.

“The man was questioned and then released under investigation. Enquiries continue.”