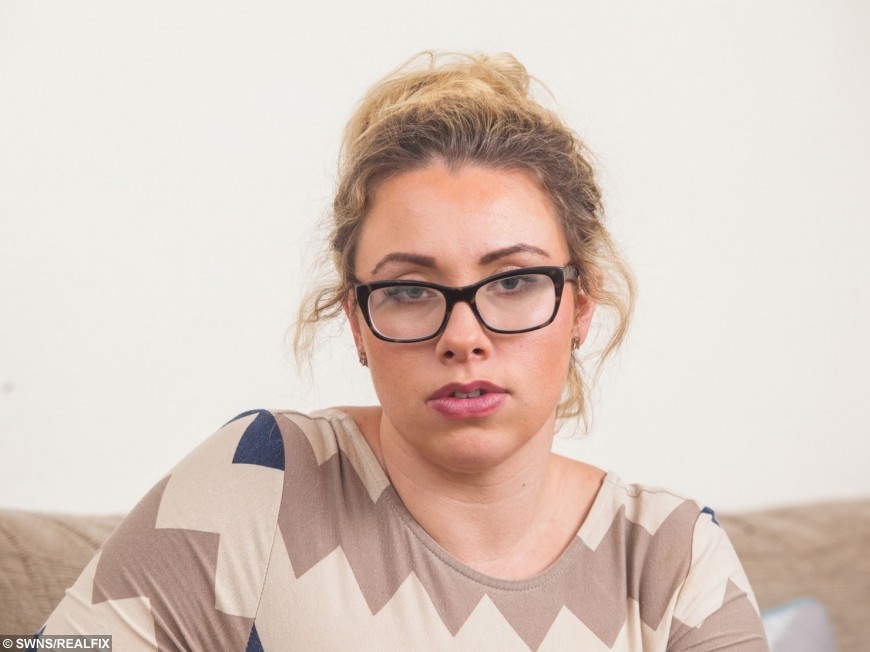 A mum has spoken of her horror after discovering a hospital she had raised £20,000 for in honour of her dead baby spent years covering up its negligence over his death.

Furious Niki Cunningham has now cancelled a charitable trust set up in her son Harry’s name after he died following complications at birth.

Through her grief, the 33-year-old had dedicated herself to helping the Royal Devon and Exeter Hospital after an official report three months after his death showed staff there did everything possible to save him.

But she was stunned when her lawyers uncovered the truth behind a near two hour delay in doctors and midwives taking decisive action to undergo an emergency caesarean that would have saved his life. 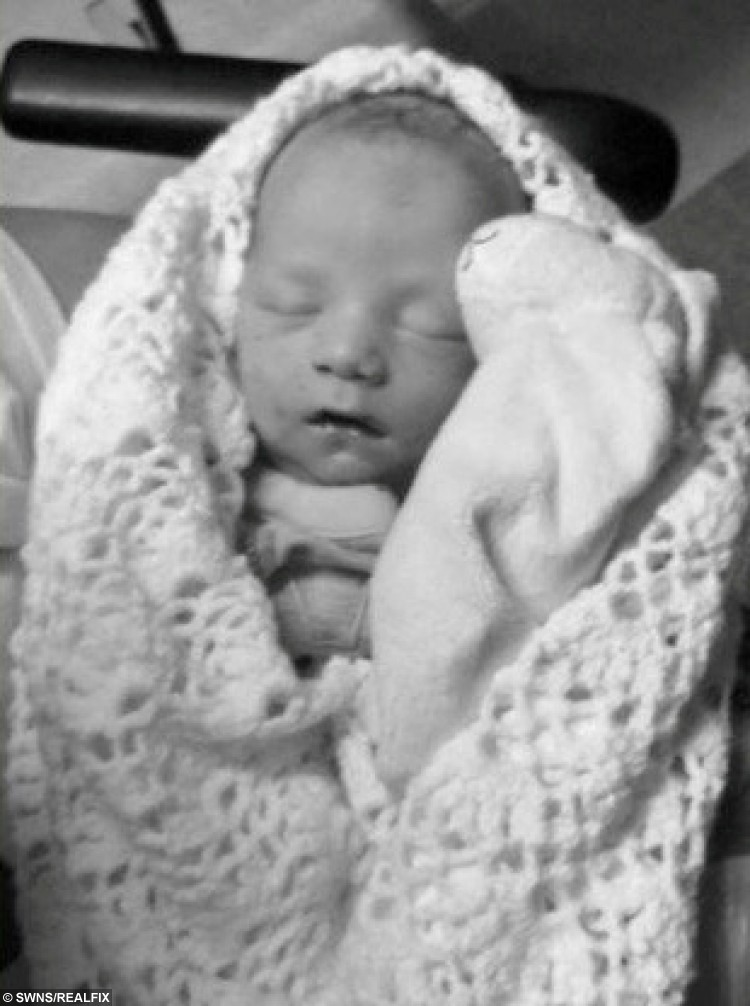 This included one member of staff not wanting to disturb a doctor during a 30 minute phone call – while others refused to take responsibility for making decisions.

And Niki says the shocking revelations and and the hospital’s subsequent admission of negligence has left her heartbroken with no option but to cancel her campaign and pursue legal action.

She said: “I don’t know how to express how cross and angry I am.

“I have been deceived for so long and I feel like an idiot. I had been going around telling everyone how wonderful the hospital was when they were ultimately responsible for my son’s death. 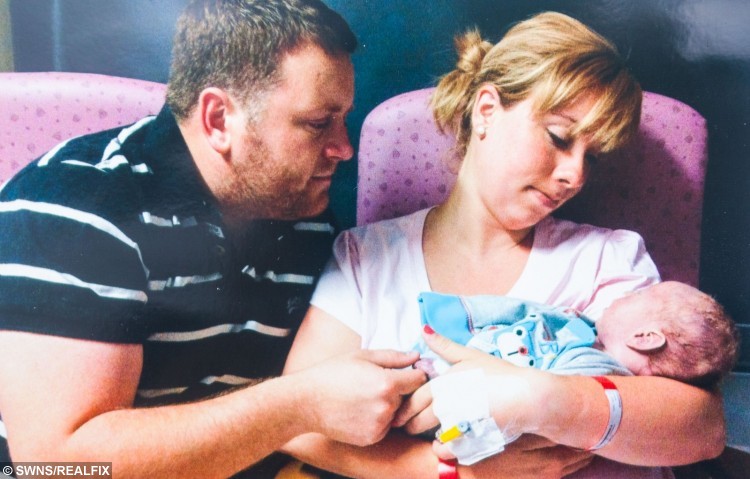 Niki and her partner with their son Harry

“I just feel like such a mug. I raised money for them with the belief they had done everything they could and thought I was making positive difference in Harry’s name.

“The hospital had gone along with it all and supported my work, knowing full well behind closed doors they really knew how many mistakes were made. Yet they carried on accepting the money.”

Niki, who runs High Maintanence Beauty in Exmouth, Devon, and lives with her husband and two children William, 6, and Florence, 3, went into the Royal Devon and Exeter Hospital in 2012 to give birth to Harry.

She started to bleed while in labour at around 9pm and Harry was not delivered until 10.45pm. 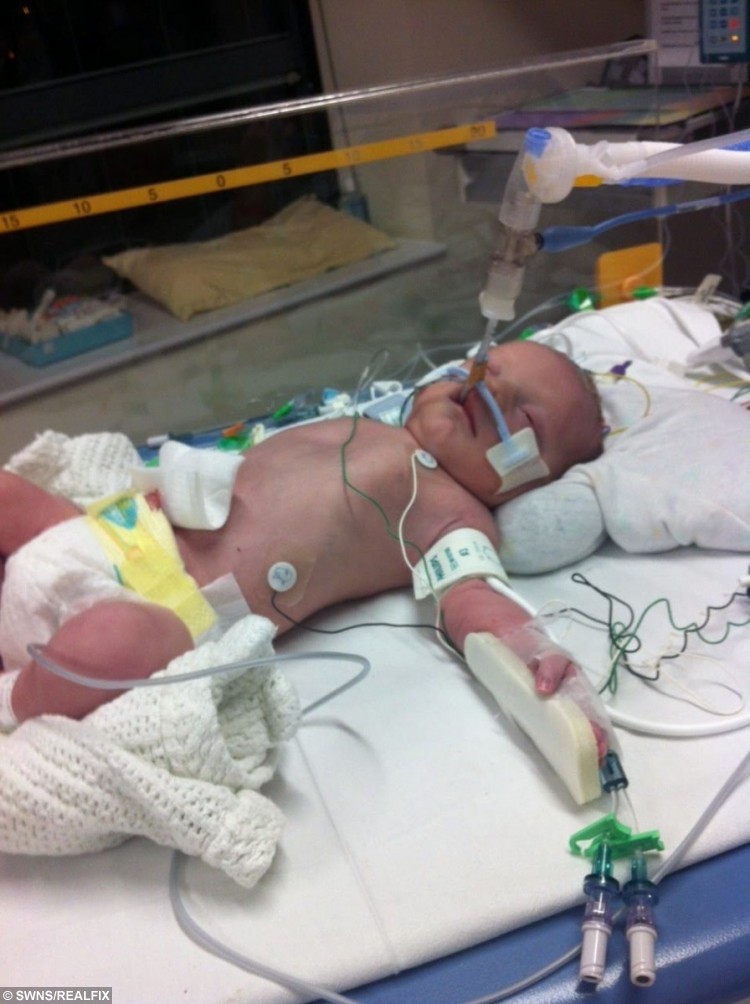 Guidelines state that an emergency caesarean should be carried out within 40 minutes. Once the decision was made to carry out the procedure it took just 20 minutes for Harry to be delivered – but the delay proved fatal.

Niki added: “He should have been born at 9.20am and he would have missed secondary bleed and could have survived.

“There was just a catalogue of people not taking responsibility to make decisions.”

After the tragedy Niki set up Harry’s Trust and through several high profile fund raising events has raised £20,000 that has gone to different parts of the hospital. 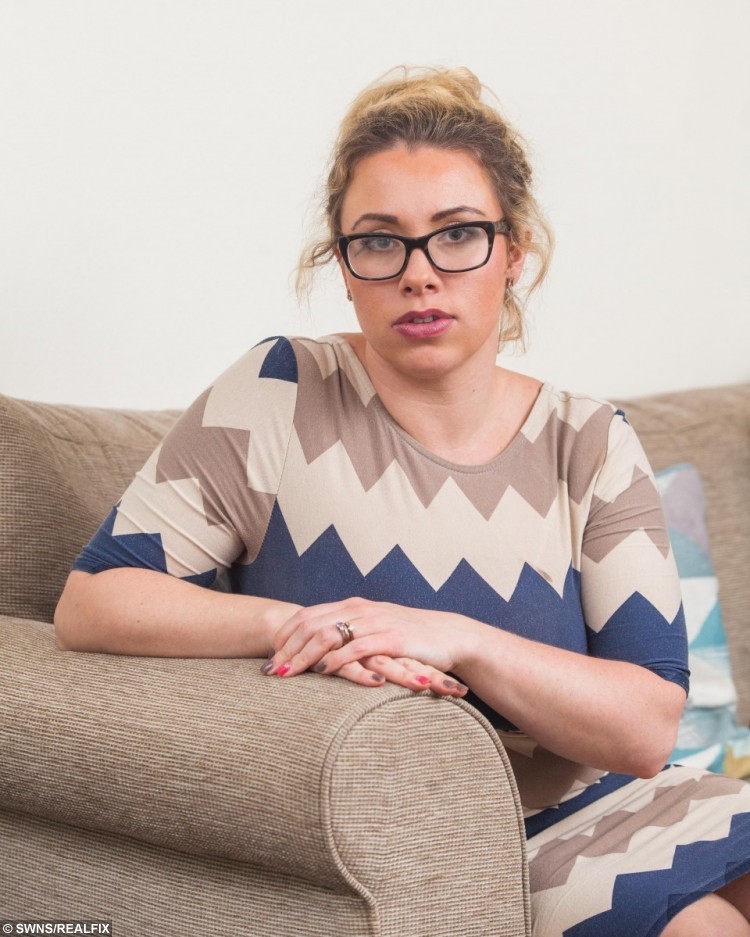 She said: “We raised the money with the belief the hospital did everything it could.

“I instantly stopped fund raising when they finally admitted liability – and was heartbroken to do so. There had been such a lot of positive things come out trust through fund raising and awareness of what we thought was the condition that cost him his life.

“But it just felt wrong to continue. I wanted to carry on and wanted Harry to carry on being remembered but the drive and passion had all been taken from me.” 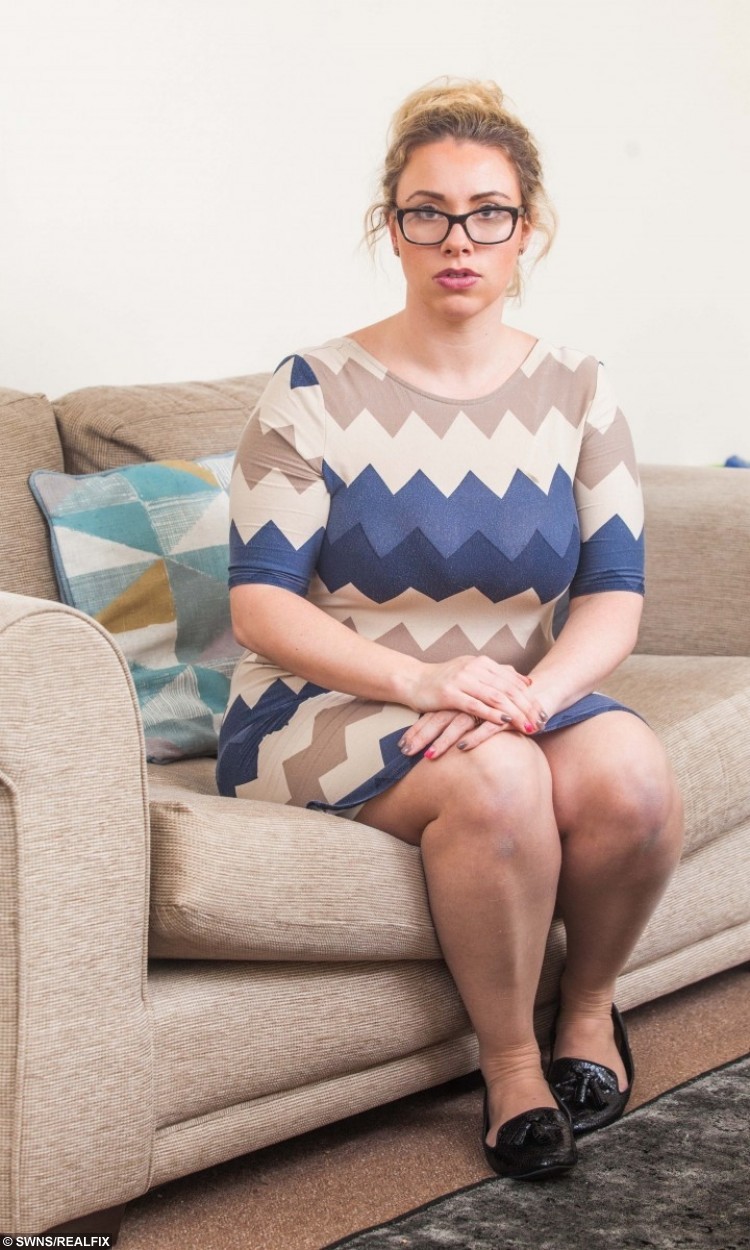 It was originally believed his death was caused by birth complications and a condition called Vasa Praevia – when blood vessels from the foetus run across the birth canal beneath the baby.

Niki said they now don’t know his true cause of death but it was too late to change the death certificate and no inquest was ever held.

She added: “We don’t know what killed him, but we know it was negligence of some sort. It was a shocking cover up.

“They have admitted about eight different counts of negligence.

“There was a delay when someone waited to get second opinion with evidence that Harry’s heart rate was deteriorating. But they waited for 30 mins for someone to get off the phone to check.

“Things should have progressed in minutes. 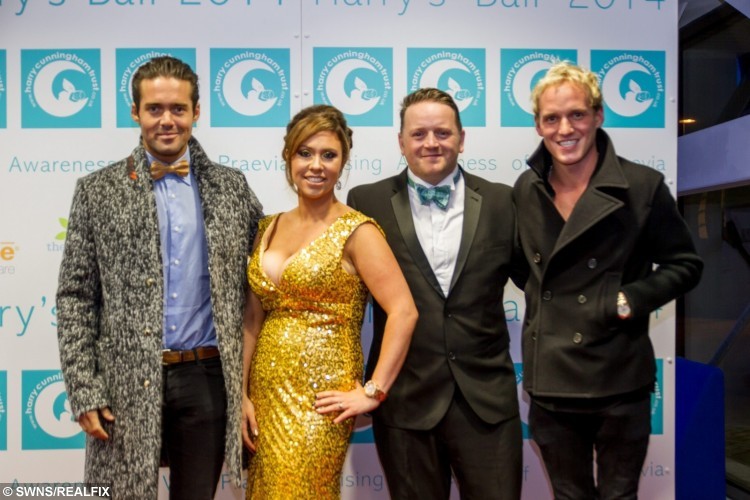 “But there were lots of things that happened that meant a delay and things were not picked up in time. The right people were not made aware and he could have been resuscitated quicker.

“When Harry died they made a huge deal about the investigation and claimed to be open and honest about the shortcomings.

“It took them three months to come back with a report saying everything was within guidelines and there was nothing more staff could have done.

“I just thought – fair enough and let it go. I carried on the awareness campaign and fund raising until my husband and my mum insisted there was more to the story. 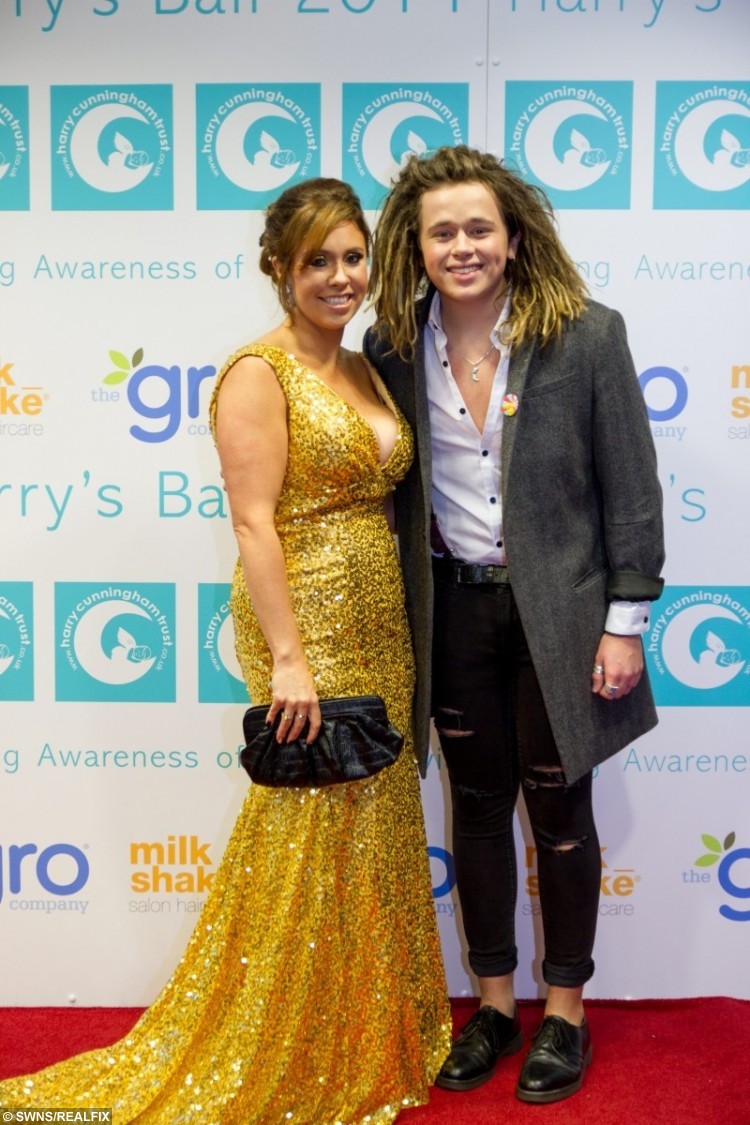 “We got a solicitor to have a look and I honestly thought nothing else would come of it.

“But I couldn’t believe what he found and then they came back and admitted to negligence and that they had lied all this time.

“I can’t believe they are still working at the hospital with zero ramifications.”

Niki and her solicitors are now working with the Royal Devon and Exeter Hospital Trust on a settlement but she said she could take the matter to court. 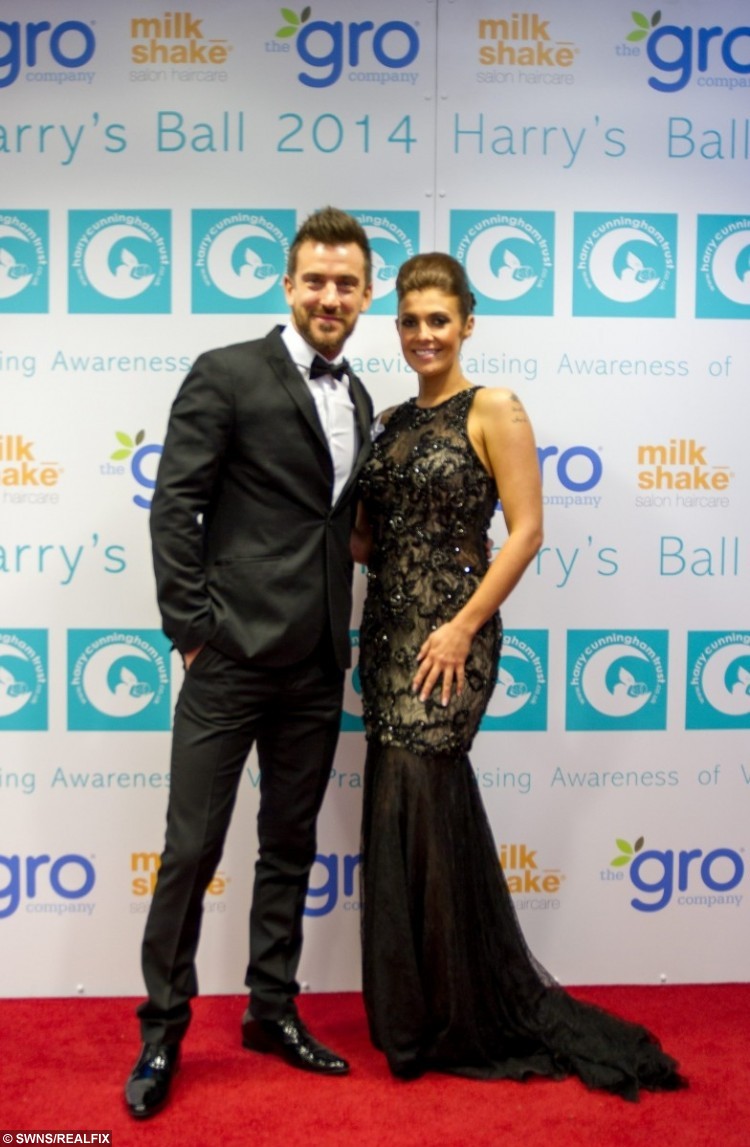 Em Wilkinson-Brice, deputy chief executive and chief nurse for the Royal Devon & Exeter NHS Foundation Trust, said: “The Trust has admitted negligence and apologised sincerely and unreservedly to Niki following the death of her son Harry and we very much regret the shortcomings in his care.

“For legal reasons, we feel it would be inappropriate to make further public comment at this time.”