A seven-year-old boy was left badly shaken up when his tablet computer blew up into THREE PIECES in his hands.

Little Alfie Mitchell was playing on a Proscan 7-inch 4GB Dual Core tablet bought for £39.99 from Toys R Us when the battery in the device “exploded like an airbag”.

Alfie and his family were shocked by the incident and, despite suffering no injuries, the schoolboy was too frightened to go to sleep after the screen on his tablet blew off.

Jason Sellars, who was in the lounge when the device erupted, described the episode as Alfie sat quietly playing his Talking Tom app.

He said: “Alfie was just sitting quietly on the settee playing his favourite game and suddenly there was a bang.

“He screamed and started crying. The battery exploded like an airbag – it blew the screen off and the tablet is in three pieces now.

“Thankfully he wasn’t hurt, but it’s still affected him. It really scared him.

“We got the tablet for him about 18 months ago. It was Toys R Us who recommended that one.

“Alfie looked after it – it was his pride and joy and he loved playing on it. The educational app Talking Tom was his favourite.” 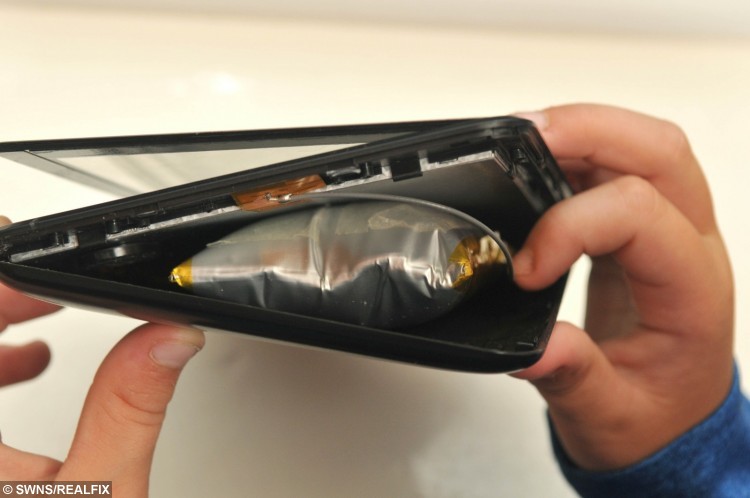 Jason added: “We just want to warn other parents to be careful when their kids are playing on these tablets.

Alfie’s mum Shara, who lives in Preston, Lancs., is now urging other parents to make sure their children are safe when playing on electronic devices.

“It was awful, it’s lucky he wasn’t badly injured or burned. Alfie was very shocked – we all were.

“You don’t expect things like that to just blow up without warning.

“I wouldn’t have been as bothered if it had been me holding it.” 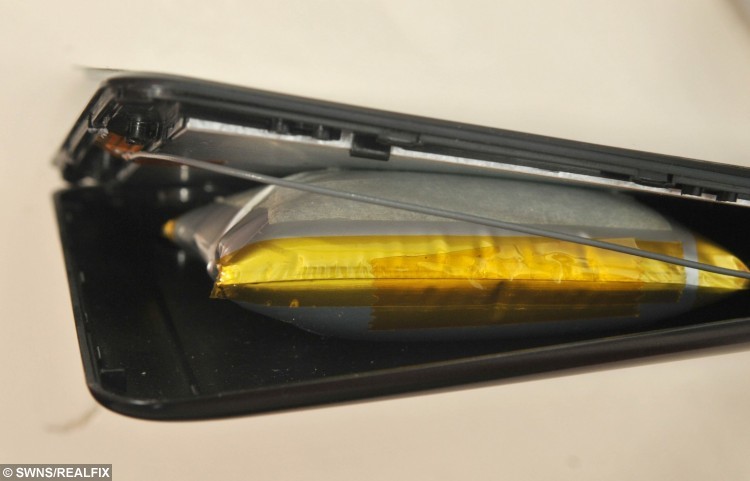 The bang had a big impression on the youngster and Shara said: “It took me ages to get him to sleep that night. We have another tablet and he wouldn’t go near it for days.

Alfie’s tablet was bought in Toys R Us in Deepdale Retail Park, Preson, Lancs., but reports have suggested his is not the only Proscan whose battery has exploded.

Reportedly a seven-year-old in Pittsburgh, United States suffered a hand injury in a similar incident in 2014 with his parents describing the blast as “like a gunshot going off”.

Toys R Us has responded to the complaint with an apology and offered to exchange the tablet for an upgraded model.

Jason said: “We’re very grateful to Toys R Us for doing that. Alfie now has a new 10-inch tablet and he’s getting over his ordeal.”

The Proscan 7-inch tablet is manufactured in China by Curtis International Limited – a company based in Canada and they have been contacted for comment.

Men are clueless when it comes to their partner’s health

Men are clueless when it comes to their partner’s health