by RealFix
in Cute, General, Health, Most Popular
0

A neonatal nurse was touched to discover her new colleague is a former patient – who she nursed in intensive care three decades ago.

Vilma Wong, 54, has been a NICU nurse for 32 years and once treated her new co-worker Dr Brandon Seminatore, 28.

Brandon, who is completing his residency at Lucile Packard Children’s Hospital in Palo Alto, California, was born at 29 weeks in April 1990.

He was treated in the hospital’s NICU for over a month because he was so premature.

Vilma, of Fremont, California, immediately recognised Brandon’s name after the pair began working together earlier this month, but could not figure out how she knew him.

The nurse put two and two together when Brandon, of San Jose, California, told Vilma that he had been a patient in the unit 28 years ago. 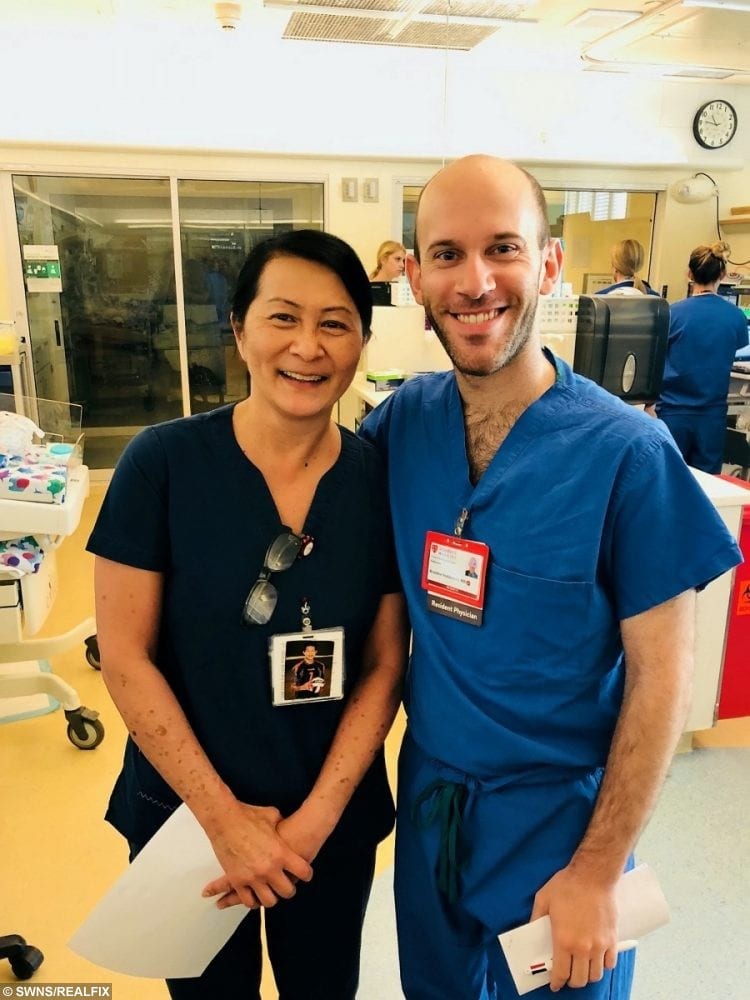 Brandon, who is specialising in child neurology, even fished out an old photograph of the pair together when he was a precious preemie.

Vilma said: “A few weeks ago Brandon joined my team and was taking care of one of my patients.

“I asked who he was and his name and last name sounded very familiar.

“I kept asking where he was from and he told me that he was from San Jose, California, and that, as a matter of fact, he was a premature baby born at our hospital.

“I then got very suspicious because I remember being the primary nurse to a baby with the same last name.

“I asked him if his dad was a police officer and there was a big silence and then he asked me if I was Vilma.

“Apparently, his mother asked him to look for nurse Vilma in the NICU, but he told his mom that I had probably retired by now.

“I was in shock initially but overjoyed to know that I took care of him almost 30 years ago and now he’s as a pediatric resident to the same population he was part of when he was born.”

“I never expected to meet a provider who took care of me when I was a baby.

“When Vilma recognized my name, I remembered the photos my parents had shown me and I truly sunk in that I was one of these babies.

“I’ve come full-circle and I’m taking care of babies with the nurse that took care of me.” 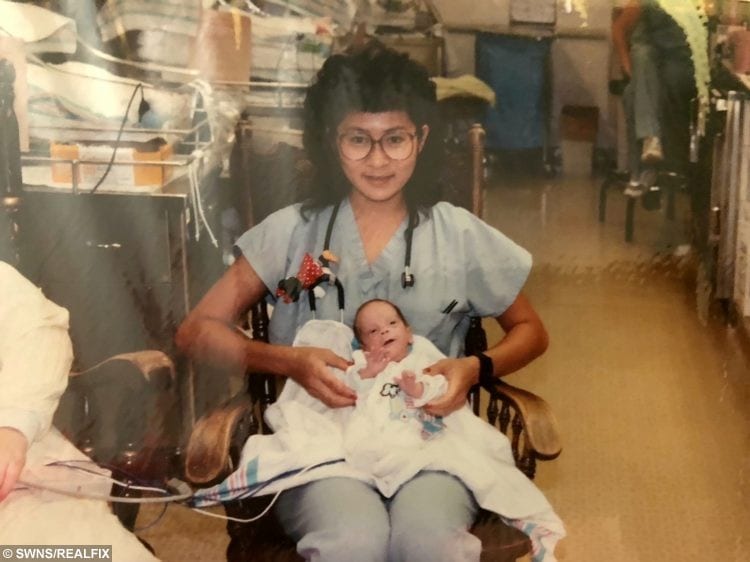 Mom-of-two Vilma said it was extremely satisfying to see patients like Brandon, who was critically ill at birth, thrive.

Vilma said: “I love my job as a NICU nurse and I consider myself very lucky to be in a profession that I love and make a difference in somebody’s life.

“It’s really special to see that almost thirty years later Brandon has a passion to treat patients who are in the same position he was all those years ago.”

Brandon added: “Meeting Vilma showed me the dedication and love she has for her career.

“She cares deeply for her patients, to the point that she was able to remember a patient’s name almost three decades later.

“Not all of us will get the chance to see our patients grow up, and I was so happy to be able to share that moment with her.”