The crumpled up letter

A bungling pensioner accidentally binned an invitation to meet the Queen – because he thought the letter from Buckingham Palace was JUNK MAIL.

Clifford Newton, 88, was one of 91 men and 91 women nominated to be honoured at the annual Maundy Money service on April 13.

But he threw away a letter from the Royal Almonry Office inviting him to meet Her Majesty because he thought it was junk mail.

Clifford, who has one daughter and four grandchildren, only realised his mistake when he received a call from Buckingham Palace asking why he had not RSVP’d.

Luckily, he was able to go to his local church where he was given a replacement invite so he can attend next week’s ceremony at Leicester Cathedral.

Clifford, from Shepshed, Leicestershire, said: “I got the letter two weeks ago and I thought ‘what’s this?’ 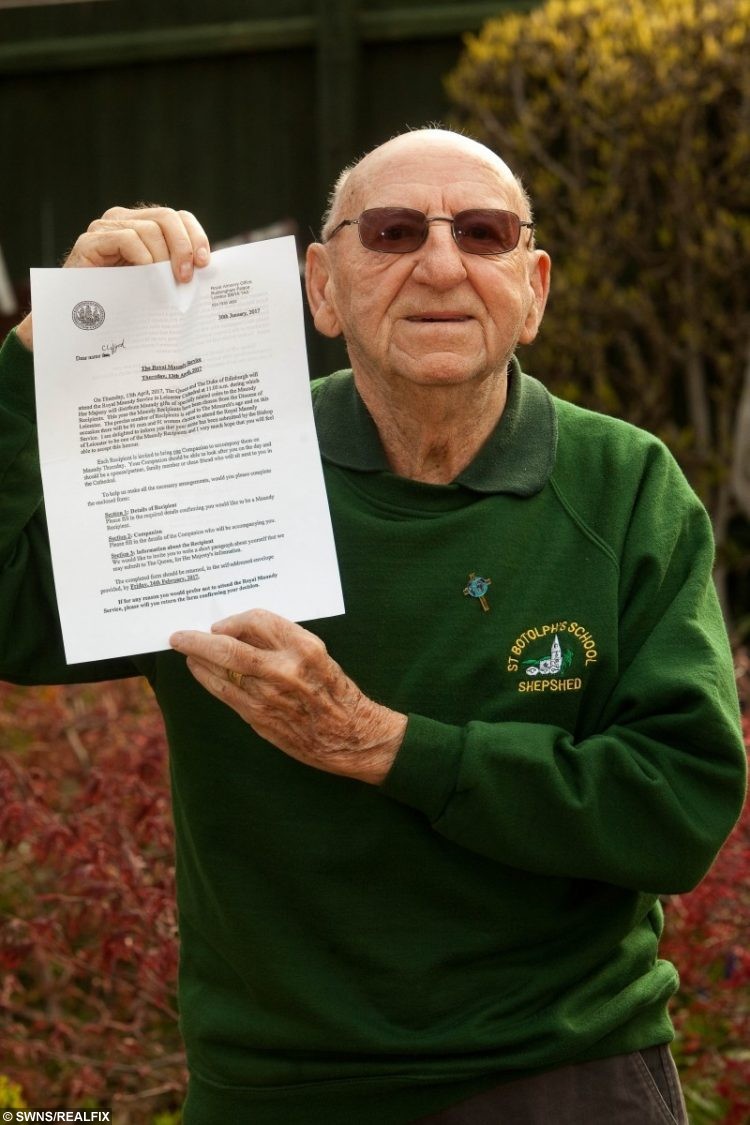 “I looked at the envelope and wondered how many other people had received the same.

“I opened it and thought it was junk mail so threw it away.

“When the Palace rang I said: ‘You are having me on’.

“But then I did believe them and I was able to sign the paperwork at my church St Botolph’s.

“I am just taking it in my stride.

“You don’t expect things like this to happen and I will enjoy it when it does.

“All of this has taught me not to throw any of my mail away.”

Each year the Queen presents purses of Maundy Money to people nominated in recognition of their service to the church and community.

The recipients are all retired pensioners who have been recommended by clergy and ministers of all denominations.

The retired hosiery worker said: “I’m not sure why I have been picked but I think it may be because I set an example.

“I feel very humbled to have been chosen for this.

“I never thought I would be meeting the Queen and am still not quite sure why I was chosen.

“My daughter Stephanie Young is coming with me and it will be a proud moment.

“I’ve got to dress very smart, though I would love to wear my Leicester Tigers shirt, I think the Queen would laugh.

“It is absolutely fantastic. We will be presented with one purse which is red and contains £5.50 and a second, a white purse, with coins worth 91p.

“There will be a lot of pageantry and it will be absolutely fantastic.”

Historically the £5.50 comprises £3 for clothing, £1.50 in lieu of provisions and £1 which represents a piece of the Sovereign’s gown which was divided between the recipients before Tudor times.

The OAPs are also given a white purse, containing unique Maundy money, which comprises of nine pouches – each with a 1p, a 2p, a 3p and a 4p coin inside – plus an extra 1p coin to make 91.