Parents of a toddler who has never been able to hear have been told he can’t get vital ear implants – ‘because he’s not deaf enough.’

Little Benjamin Wayne needs cochlear hearing implants so he can learn how to speak before it is too late.

The three-year-old’s parents say if he does not have the implants before he gets to the first year of school he will not be able to learn how to speak at all. 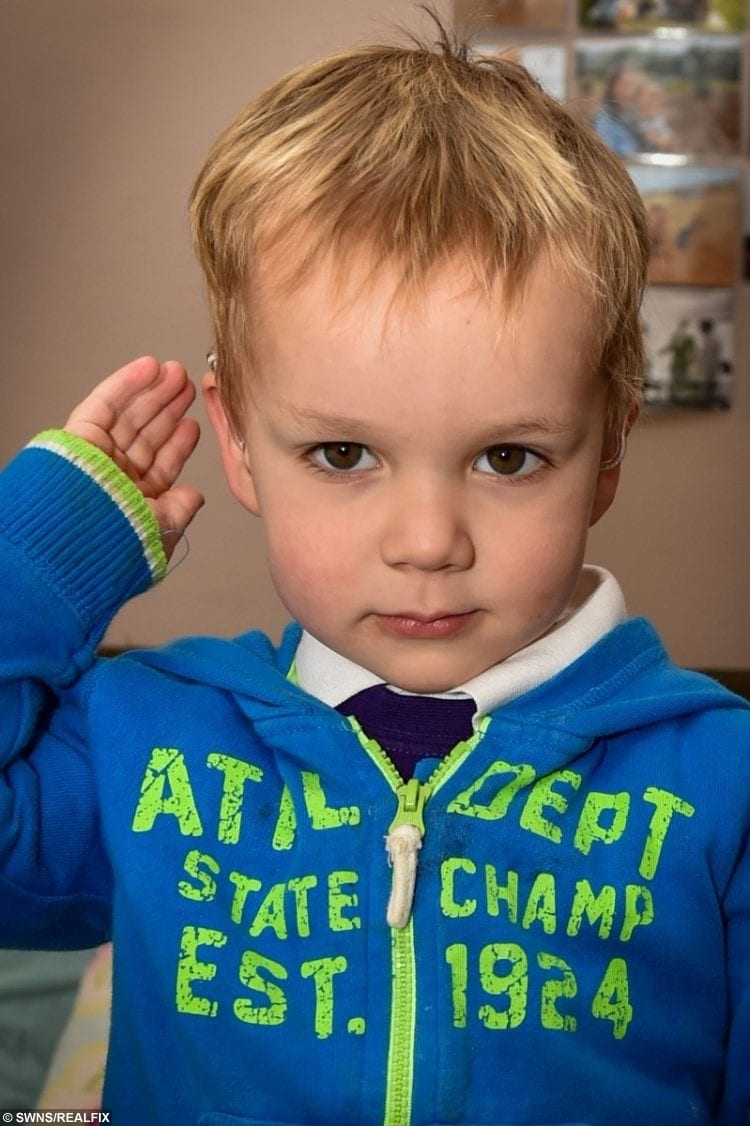 But NHS guidelines say that he is not currently deaf enough – and that his parents need to wait until he loses what little hearing he has left before they will pay for the op, which is likely to take up to four years.

Benjamin is completely deaf in his right ear and only has 50 per cent ability to hear speech frequency in his left ear.

Joanna Wayne says if he was completely deaf in both ears he would have been given the implants at his current age. 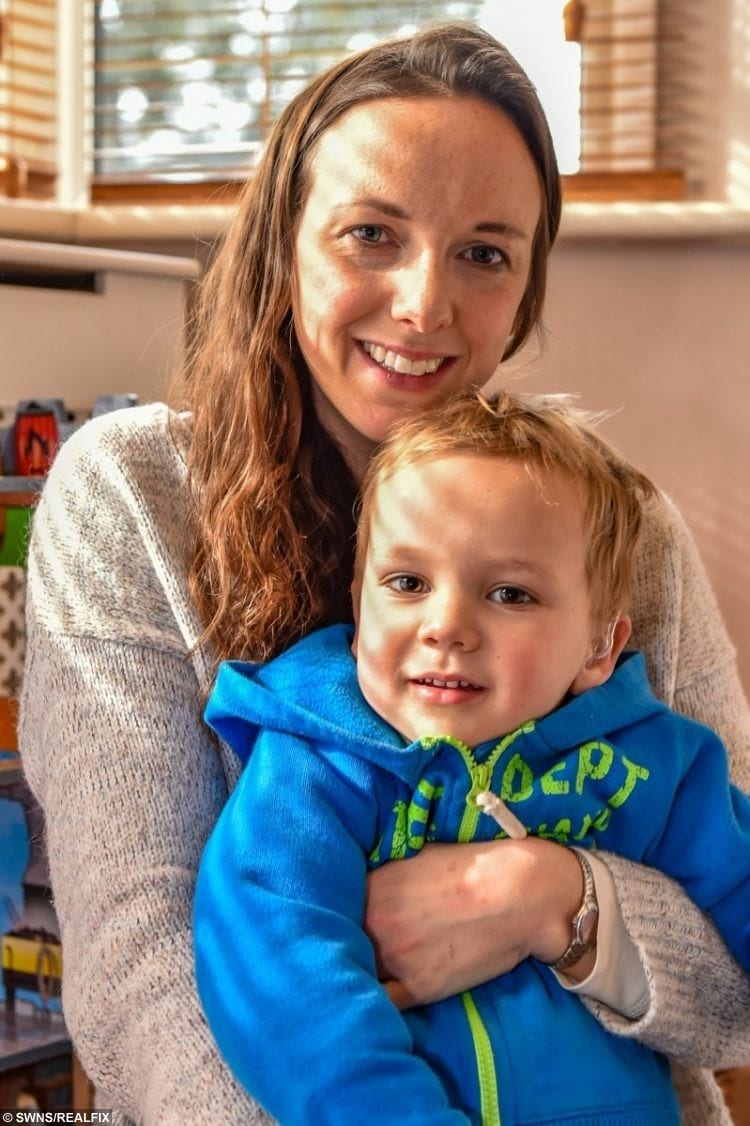 Joanna said: “He is such an intelligent little boy, he can count up to ten and write his own name, but because he can’t hear he can’t speak.

“If we leave him without the implants until he gets older then the language is lost and he might be left unable to speak forever.

“The doctors and his speech therapist want him to get the implants, they feel very strongly about it. 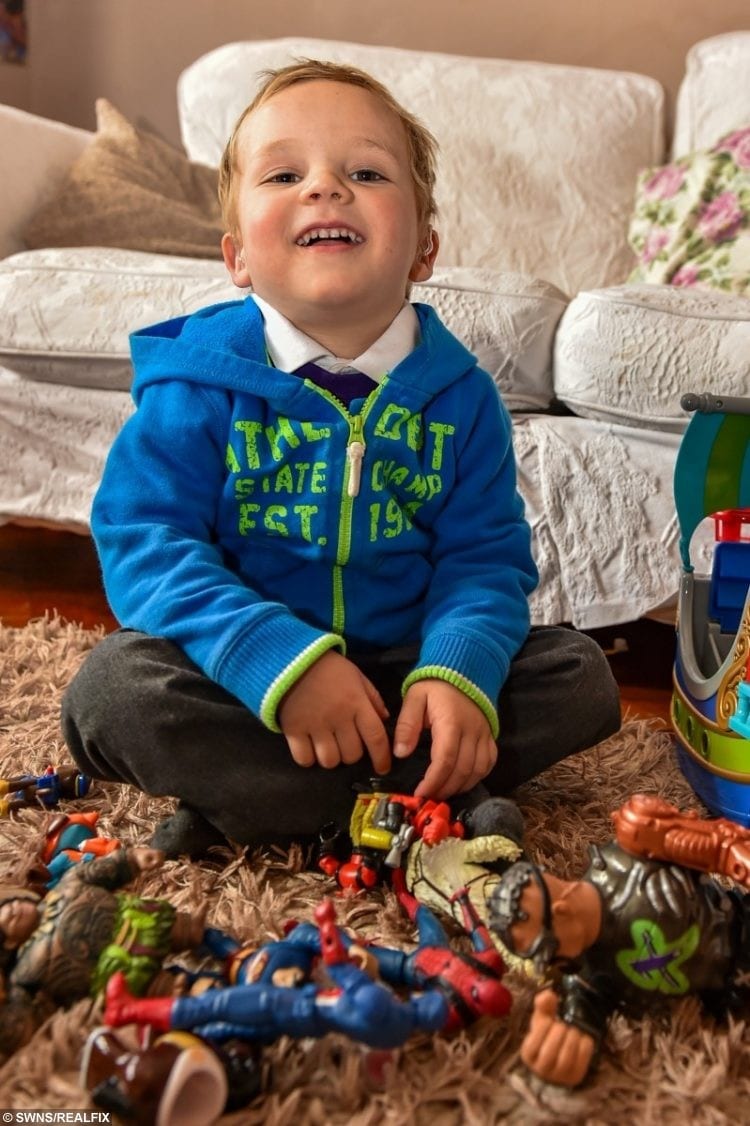 “The consultant doctors disagree with the decision and he said he was sorry we didn’t win the appeal, it was such a strong appeal.

“If this had been two years ago he might well have got a ‘yes’.”

NHS England criteria saw the youngster refused an individual funding request (IFR) in October last year, despite appeals to the decision by St Thomas Hearing Implant Centre and backed by the three-year-old’s consultant. 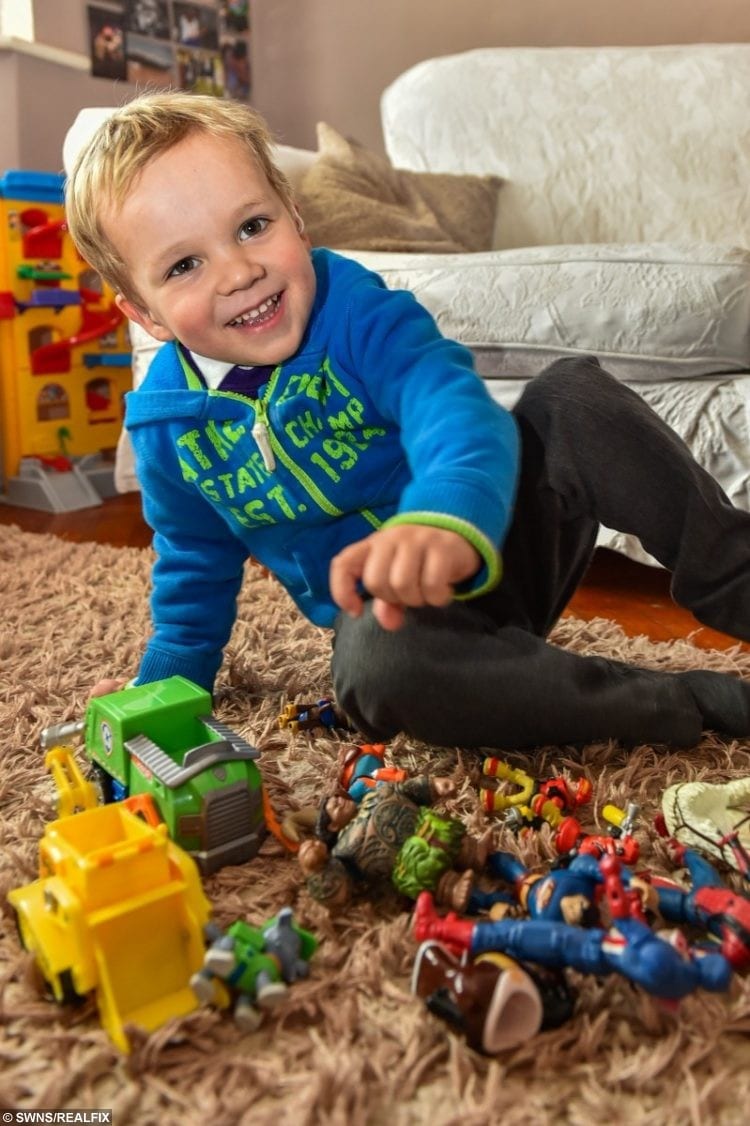 Benjamin was born with Connexin 26, which can be a common cause for hearing loss, and despite being fitted with hearing aids at a month old he was “not getting sufficient access to sound”.

A letter sent on November 9 by Catherine Max, panel chair on behalf of the national IFR panel, said the request should not be funded.

Some of the reasons included evidence submitted was “not robust enough” and Ben’s ability to benefit is “not exceptional” compared to others with a similar condition.

But Joanna says she was told by hospital staff the panel did not even look at the appeal documents before making their decision. 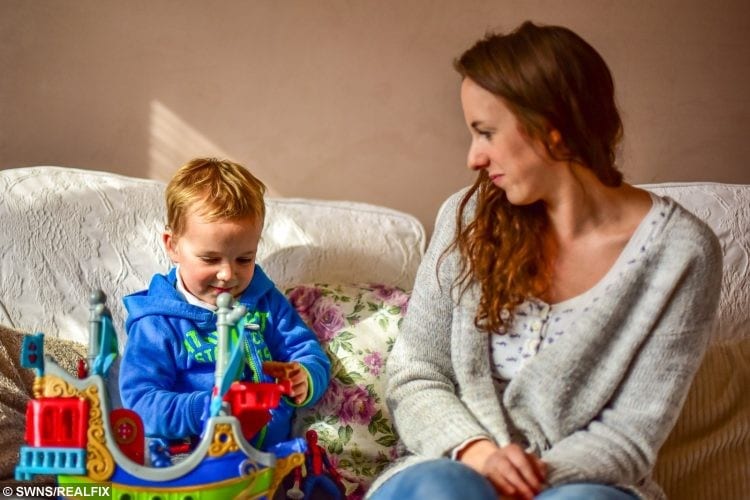 The 31-year-old from Carshalton, Surrey, said: “The team appealed by saying, ‘look this is really urgent’, because there is a small window of time before the age of five where he can develop language and after that the window closes.

“They said we need to implant him right now whilst he is young enough to still be able to develop speech because that window is kind of rapidly closing.

“So we can’t wait. He could be implanted after turning five but it’ll mean that he probably won’t ever develop spoken language and we’re not prepared to let that happen.

NHS England has put the criteria under review, but have not set a time-frame for any changes to be brought in.

Joanna added: “When the appeal got knocked back they said there could be others like Benjamin, which makes it even worse that there are others, it means there’s this little lost group of children they could not help.

“I’m not prepared to accept that, if he can be helped then he should be.” 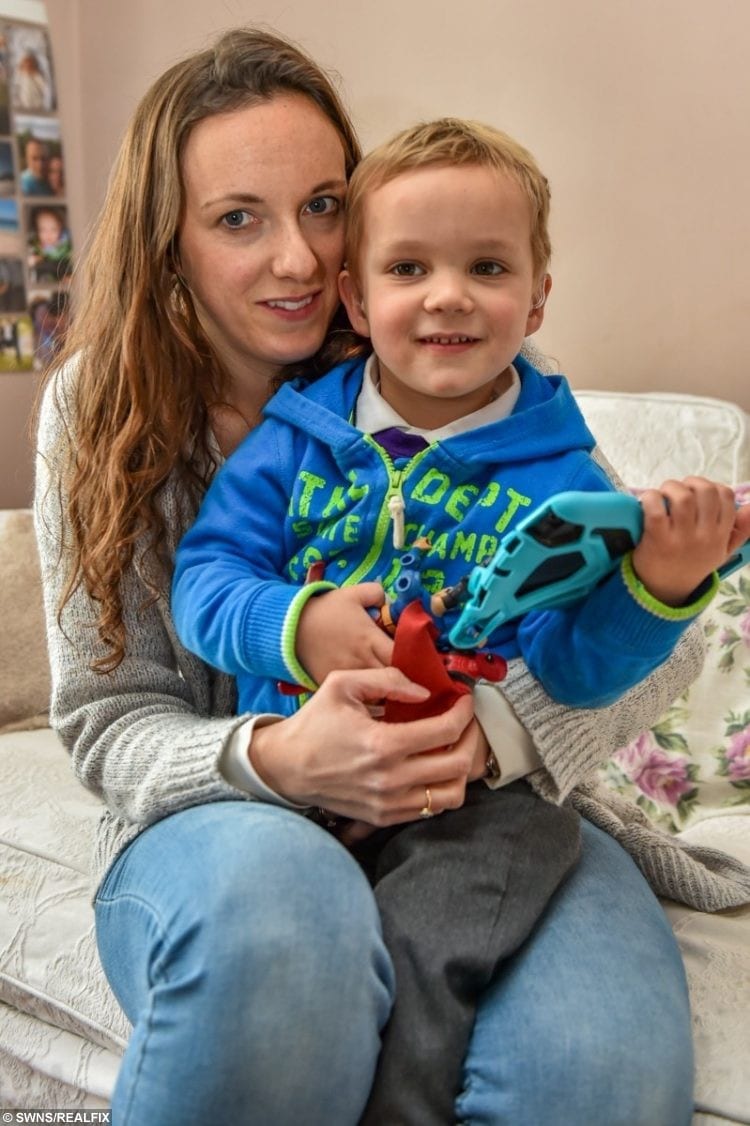 More than £13,000 has been raised by nearly 160 donors since the campaign started on February 9 – backed by The Bradley Lowery Foundation.

Joanna’s husband Joseph Wayne will be taking on the Three Peaks Challenge with his two brothers and dad to help raise the funds needed.

An NHS spokeswoman said: “The NHS funds cochlear implants for patients that NICE have said will benefit the most.

“Doctors can apply for funding for individuals not covered by the guidance, but to ensure we are treating all patients fairly, they have to provide very strong clinical evidence to show why their patient should have access to a treatment that others do not.”

How can nanotechnology help combat diseases