A tiny dog’s life has been saved in a pioneering, UK first operation which saw a balloon inflated in his heart.

The Yorkshire Terrier, Jago, had a heart murmur when he was just seven weeks old and was referred to a specialist who said that he would need an operation on his heart.

Jan Wade, spokeswoman for the veterinary practice which treated Jago, said that the terrier was far too small to be treated when he was first diagnosed, weighing only 1.4kg, a weight comparable with a small chicken. 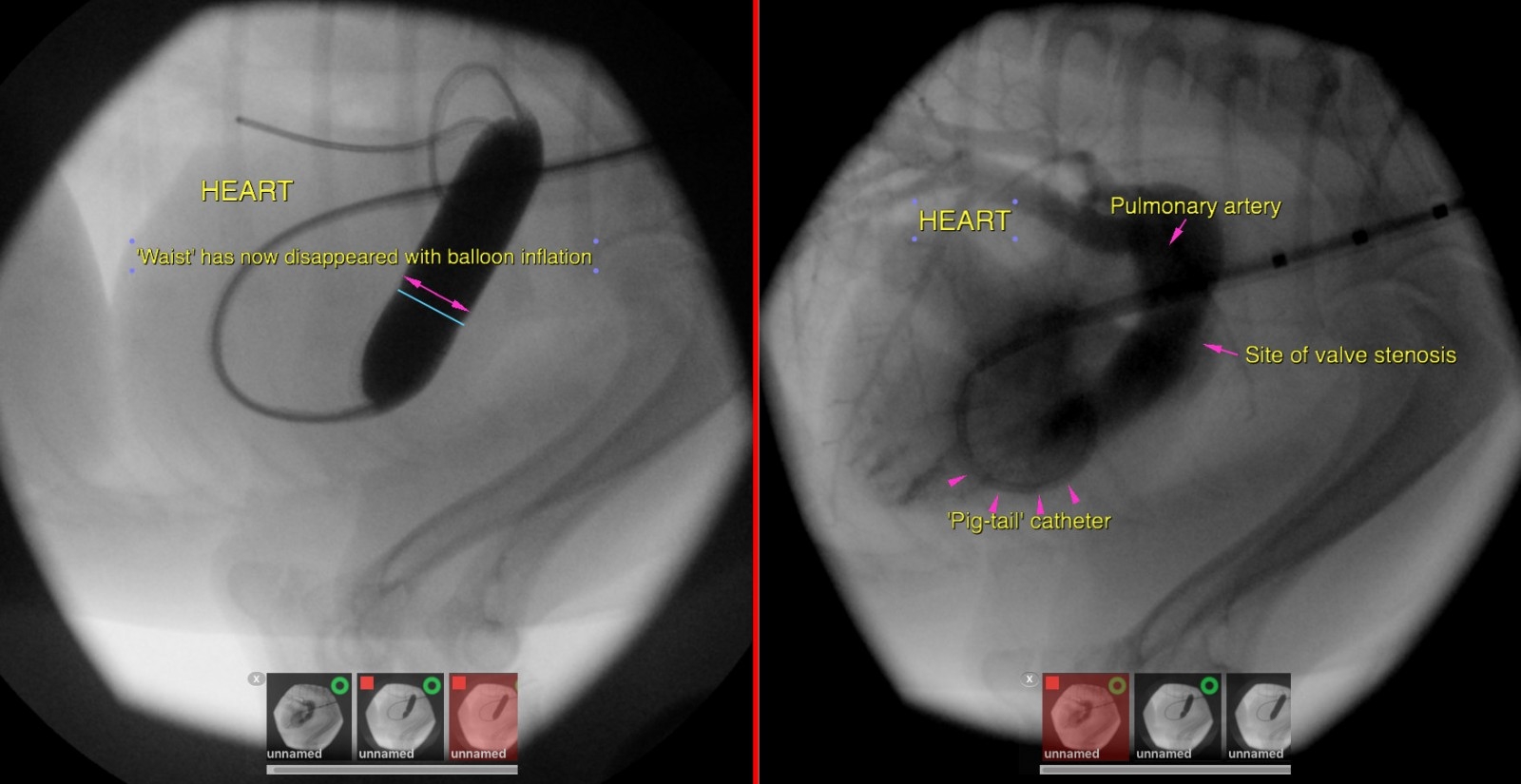 They waited six months until Jago weighted 2.4kg before operating.

Jan said: “Jago’s condition, pulminary stenosis, meant that there was a narrowing of the channel of the blood flow from the heart.

“Because the valve hadn’t opened properly, the heart was having to pump a lot harder to get blood pumping through that area. 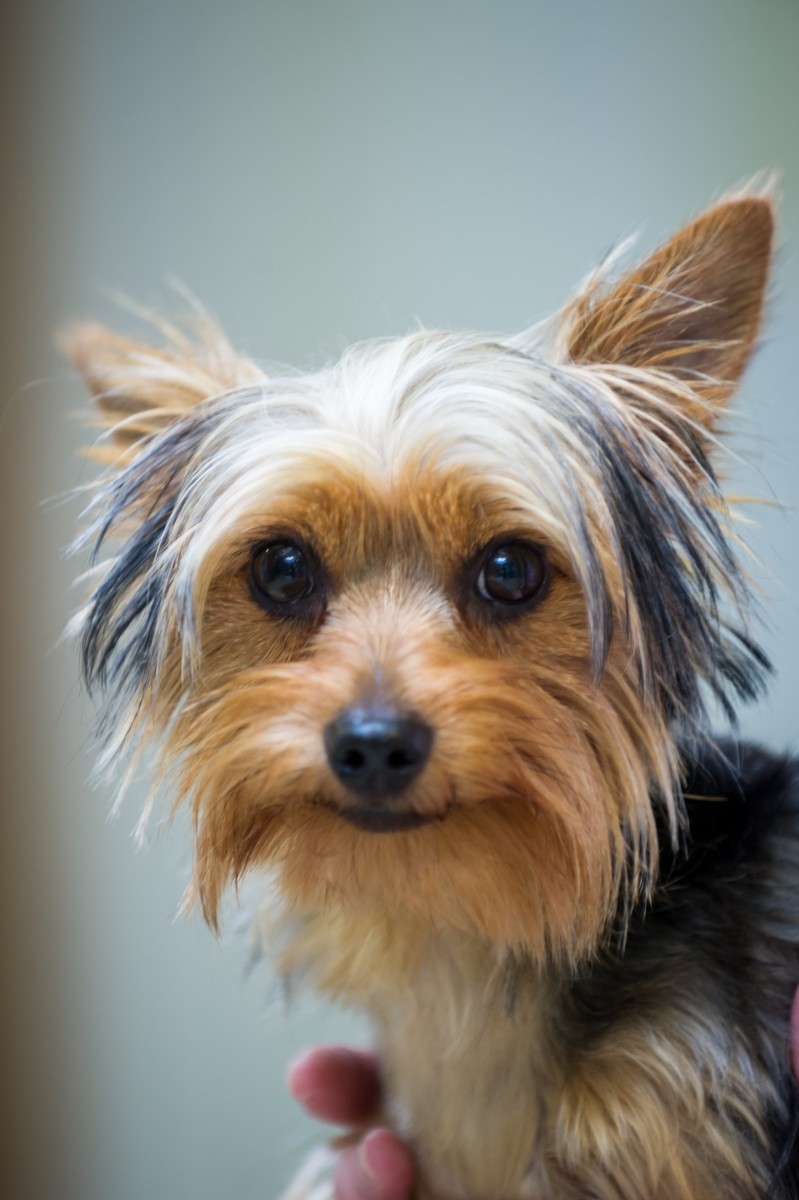 “The surgery aims for minimal invasion, so Jago didn’t go under the knife, it was all done through keyhole surgery, which is what the best veterinary practices aim to do now.

“This meant that when it was complete, Jago didn’t have a single stitch.”

The operation involved inserting a balloon through one of Jago’s veins and then into his heart. 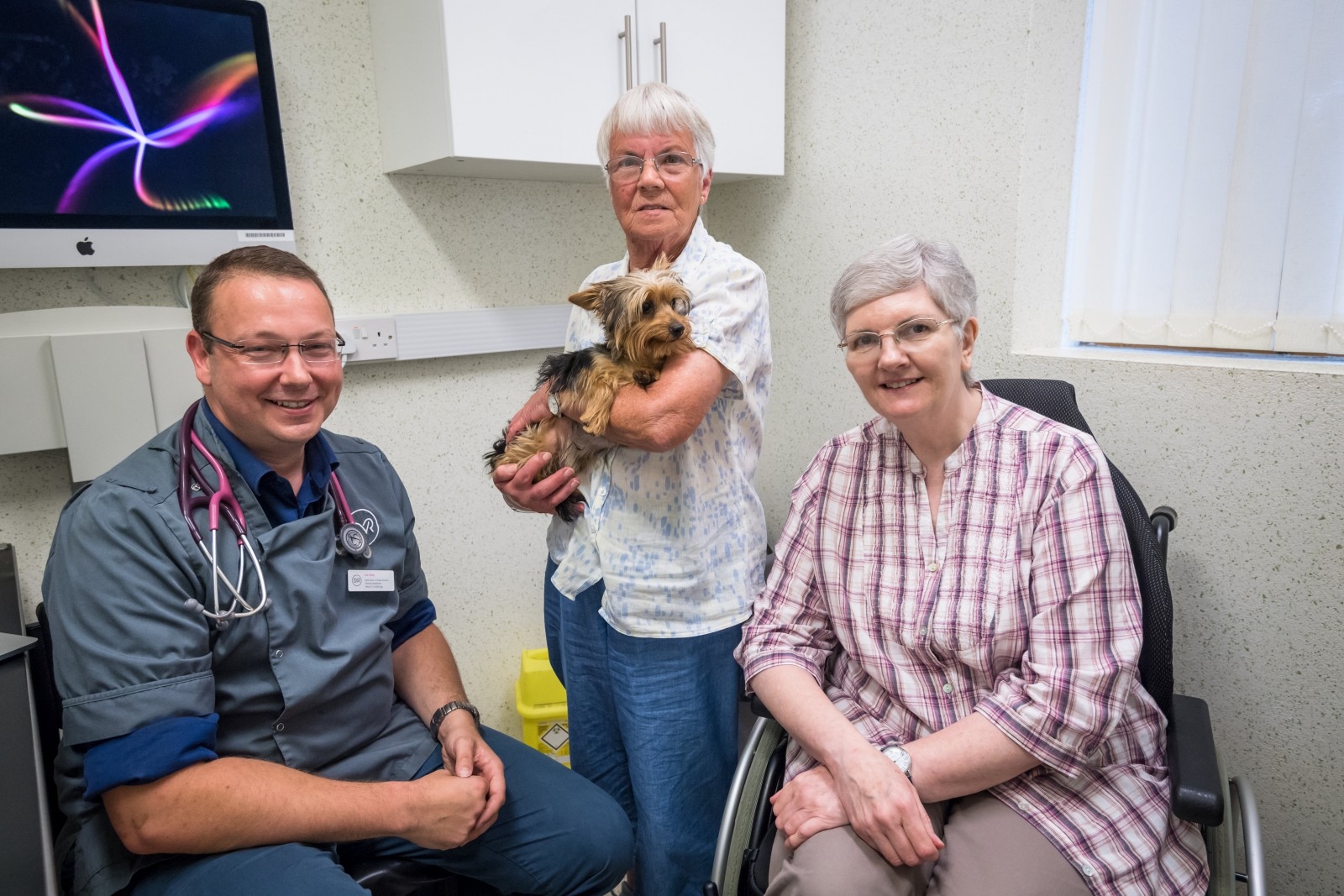 The balloon was then inflated – popping the deformed valve up into place – then deflated and removed entirely.

Owners Jennifer Daniels, and Melita Chynoweth were told that Jago could die at any time, without this operation, which cost them around £3,500.

Jennifer, who was given Jago as a gift for her birthday, said: “We never knew it, he’s always been an active dog, an active little happy dog.

“The specialists at Dick White referrals were simply amazing, they explained everything to us very clearly and made us fully aware of the options and of the risks involved.

“We are so grateful that he was referred to this clinic and we’ll never be able to thank the vets and nurses enough for the care that he received.”

Jon Wray, Head of Cardiology at the specialist referral centre in Cambridgeshire where Jago was treated, said: “This was the smallest dog to undergo the procedure at our centre to date and is towards the lower limit of feasibility for interventional cardiology procedures.

“The operation required a large amount of planning.”

Jan said: “This could be the smallest dog in the UK to have had this operation.”

Jago, who is only a year old, was given the all clear in his check up this month, and is set to live a healthy, hearty life.

Jennifer said: “Jago means the world to us and we had to give him a chance for a full and happy life.”