Pub Landlord Transforms His Boozer Into Gingerbread House For Christmas

It looks more like the cottage from Hansel and Gretel than a traditional English pub – but these photographs show an astonishing festive transformation.

The Queen Victoria Inn has even had its name changed to The Gingerbread Inn in time for Christmas.

Landlord Mark Walton, 50, who runs the pub in Priddy, Somerset, with his son Josh, 24, admitted he got “carried away” with the decorations.

He said: “We had a drink in the bar and the idea formed.

“This is the first year we’ve done it. Josh thought I was nuts but he’s impressed now.”

A friend made all the decorations – including enormous Drumstick lollipops, liquorice allsorts, and candy canes. 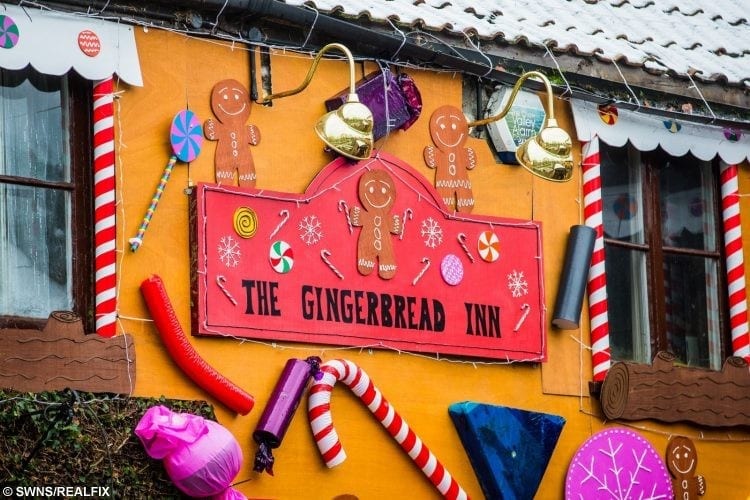 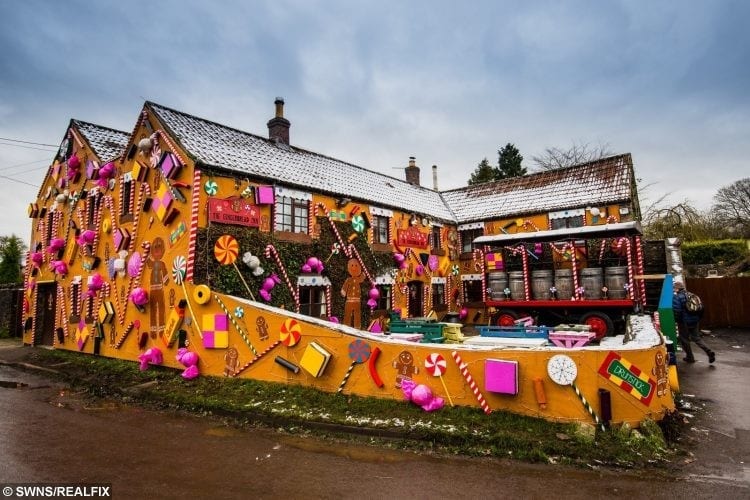 “A lot of people are coming in because they’re just driving by and see it.

“My friend is like me, he gets carried away.

“He’s got the same sort of idiot ideas I have.

“Last year we did a bottle tree – made out of wine bottles.” 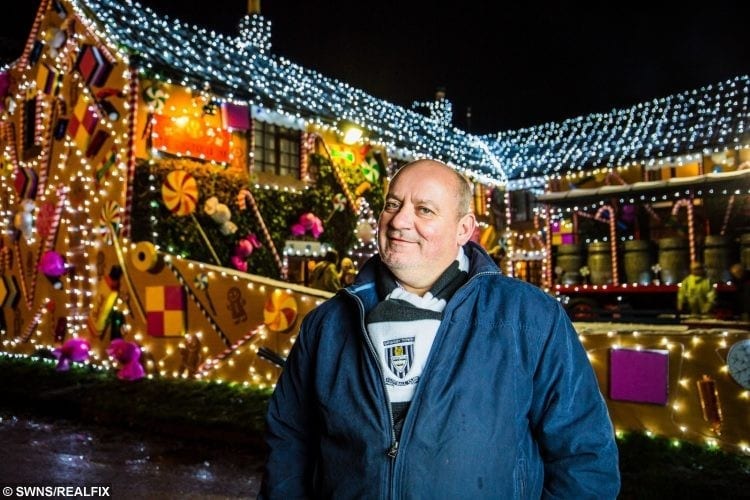 In the New Year Mark will take down the decorations and put them in storage.

But for now he is enjoying the once-a-year transformation.

Mark said: “Every time I drive down the road and come back, I think ‘what the hell have I done.’”