A council has repaired a village’s potholes – after fed-up residents filled them with rubber DUCKS.

More than 100 yellow plastic ducks were placed in holey roads in a protest against Oxford County Council.

The bath toys floated on top of rain-filled puddles in the village of Steeple Aston, Oxon, after a councillor came up with the idea.

The unusual protest has meant work has now begun to fill them all in properly.

Councillor Helen Wright said: “We’re delighted the ducks made enough noise to get the council’s attention, and are really pleased the road is being fixed.”

A spokesman for Oxfordshire County Council said it was carrying out “patching work which has involved planing off the surface and laying new bitumen”. 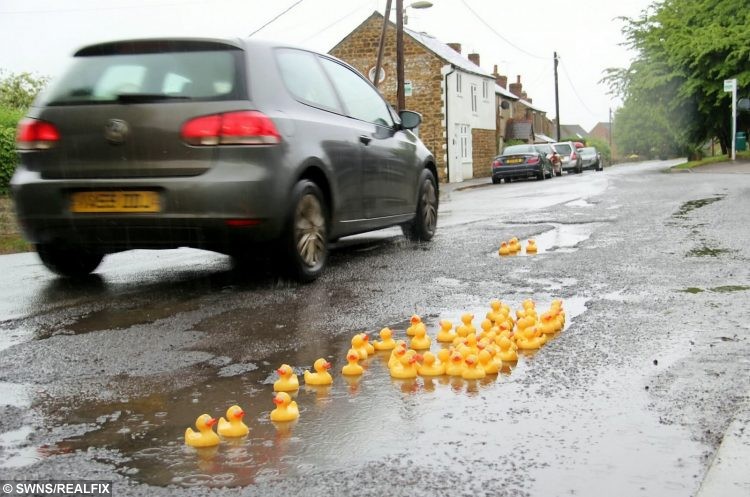 He added: “Doing the work has proved to be challenging due to the fact the road is on a bus route and we wanted to continue to allow access through the village while the work was being done.

“Arranging the necessary road closure takes some time, but we are glad that we are now at the stage where the work is being done and the residents are pleased.”