Emma Louise Jones, 26, of Hull a radio presenter for Viking FM, discovered her photos were being used on a FAKE Tinder account. See rossparry story RPYPICS: A radio presenter was horrified to find her face had been used on several fake social media and online dating accounts claiming she was "looking for fun". Emma Louise Jones, 26, said she discovered pictures of herself on various social media and dating sites across the country claiming she is an air stewardess or works at Morrisons. The fake profiles suggested that she is looking to share "great times" and wants to "date but nothing serious".

A pretty radio presenter was stunned to find that photos of had been used on fake on-line dating sites saying she was “looking for fun”.

Emma Louise Jones, 26, discovered pictures of herself on various social media and dating sites across the country claiming she is an air stewardess or works at Morrisons.

The fake profiles suggested that she is looking to share “great times” and wants to “date but nothing serious”.

She said she didn’t know whether it was just one person or a number of different people who had decided to pretend they looked like her.

Emma said: “It has happened on a few occasions that they have sent me a profile with me on it under a different name, like a screenshot after they have seen it on Tinder or one of their friends has come across it.

“Basically, they have said I am in different professions and that I am ‘looking for fun’.

“On the most recent one, I am called Anna and I work at Morrisons.

“They have used my photo on that.

“There’s one that says I am waiting to share ‘great times’ and I want to ‘date but nothing serious’. Oh, and I’m an air steward on that one.”

She added she is worried how far people could be taking the deception.

She said: “What kind of bizarre person thinks ‘oh what I will do is I will pretend to be somebody else on a profile and try to get a date with people’ because that person is never going to turn up, so where are they going to take it? How far are they going to go with it?

“You don’t know if it is a random person who does this daily to lots of different people or if it somebody who has a vendetta against you.”

Emma, who works for Viking Radio in Hull, East Yorks, added: “It has happened now that many times that I think, well they are clearly not going to stop it and it is them who have got the problem.

“I am not prepared to share any less of my life through the risk that they might use that.

“If I allowed it to rule my life to that extent in that it affected my job, then I would be letting whoever these strange people are win.”

While Emma, from Hull, has now acted to make her Facebook profile as private as possible, she added it is difficult to report some of the fake accounts. 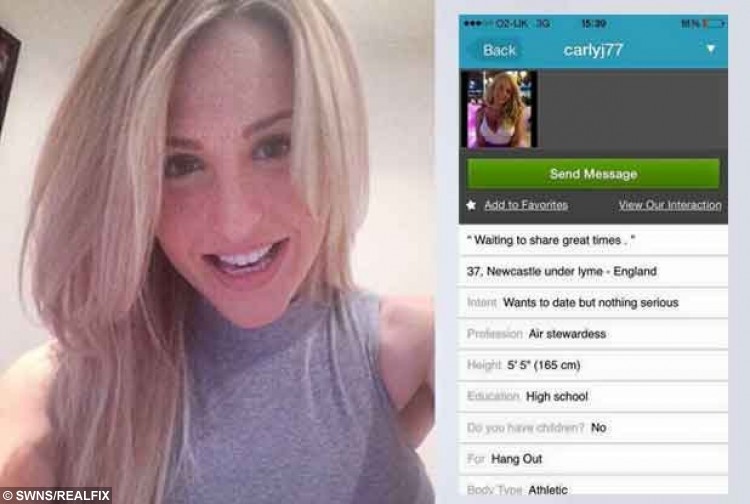 She said: “I used to think to myself ‘God I am walking around and who knows what I have said to these people’. Anyone walking around me, I could have been speaking to them.

“It did worry me a little bit. At first, I laughed it off, but after the second or third one, I was a bit like I am a bit concerned about the fact that they could be saying anything to anybody and you just don’t know.

“Then if you pass someone in the street, for all I know that person who has been pretending to be me could have been saying anything to that person.

“It is really weird. For all I know, there could be a few more floating around but it is nice that people have gone out of their way to message me.”