A cash-strapped school has resorted to desperate measures after they ran out of space for pupils- by converting a CARAVAN into a classroom.

Sneinton Church of England Primary School came up with the innovative idea after the vehicle was donated to them by a scrapyard.

After stripping the caravan bare and redesigning the interior they created a unique teaching space, which will be used for one-to-one and small group lessons.

The decision was taken by teaching assistants after the school, in St Anne’s, Nottingham ran out of space for support lessons and had no money left in its budget.

The caravan, which has been named the ‘Intervention Van’, now sits in the school’s playground.

It boasts a yellow-walled interior, with a sofa that pupils aged between three and 11 can sit on and relax, and was opened yesterday (Tues) for the first time.

The van was discovered by teaching assistant Tania Massey at Podders scrapyard in Woodborough, Notts., earlier this month.

She said: “The main thing was for team building, there are seven team assistants and we wanted something we could all do together, we all had a different jobs to do.

“It wasn’t so much to do with lack of funding that we decided to use a caravan but we wanted a novel idea that would be a bit different and get the children working.”

Assistant headteacher Julia Kurcin said: “The teaching assistants have done all the work themselves it was their concept and they worked really hard to get it off the ground and it is an exciting place for the children to work.

“The children are so excited and they are all wanting to have a go inside.

“It will be a lovely place for them to work with the teaching assistants.” 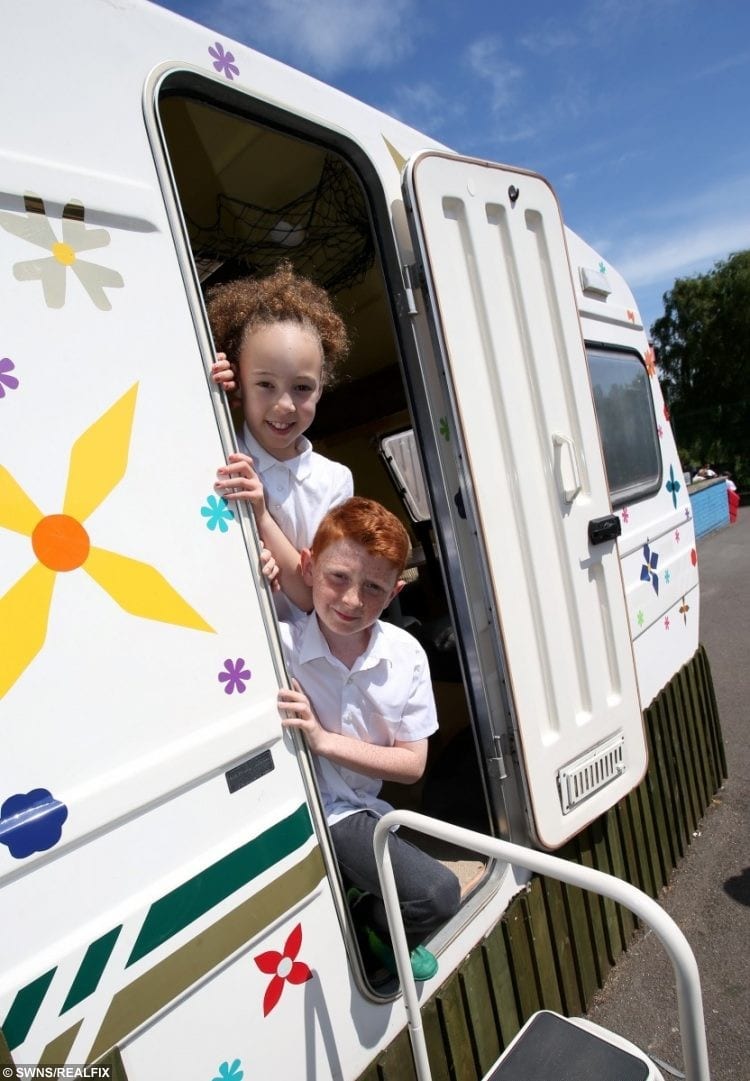 Lead teaching assistant Alison Spitzmuller said: “We had the caravan donated by a scrapyard so we completely stripped it and then we did it up ourselves.

“All the teaching assistants helped together to do it up and it was a really good team bonding exercise.

“It will be a place for learning and providing experience. We will have groups of children working in here and there is a reading area inside too.

“It will encourage some of the children to want to learn, for example if they don’t want to read to us we can say let’s go to the caravan and read and once they are in the caravan they will read to us.” 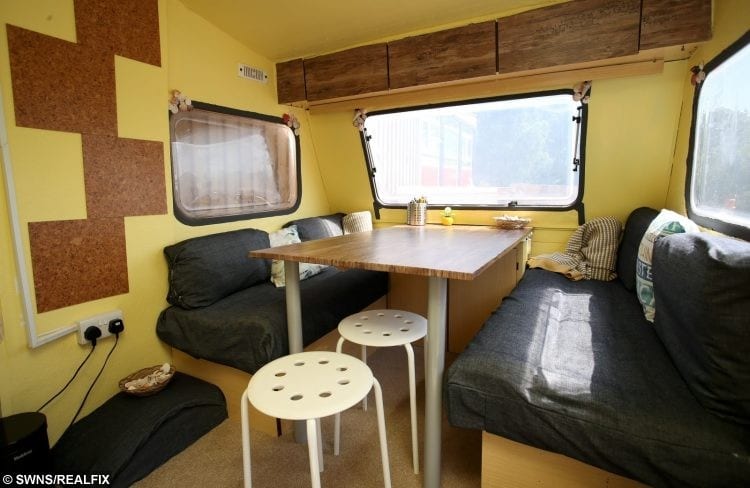 Simon Massey, who works for the scrapyard which donated the caravan, said: “Tania was just passing by one day and she asked if we would be willing to donate the van and we said yes.

“We were more than happy to do a bit of good for the community.

“We believe it has been turned into a class area for the children and we are very happy to be involved in doing a bit of good.”

Parents have given a mixed response to the caravan being unveiled as a classroom. 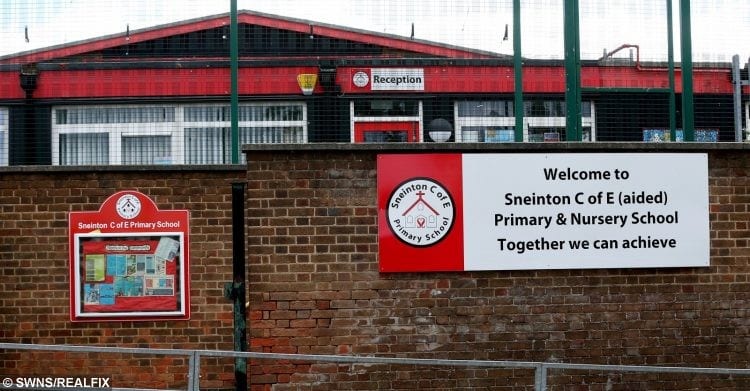 Dad George Blaney said: “Its really come to something when a school has to resort to converting a scrap yard caravan into a classroom. It shows the state of our education system.”

But one mum Hannah Phillips added: “I think that is a very clever and innovative way to maximise school resources at a time they are all facing budget cuts.”

Residents Protest Against Potholes By Filling Them With Rubber Ducks