A school was stunned after TEN pupils who took an IQ test were found to be a GENIUS – and smarter than Albert Einstein.

The ten students from St Bede’s Catholic College in Bristol were recently given their IQ scores after sitting the British Mensa test.

The genius benchmark is set at 140, and the lowest score among all 10 pupils was 148 – still the top two per cent of the population.

Two pupils, Isabel Romero and Molly Dolan, recorded scores of 161, just one mark short of the maximum possible on the paper.

They are also a point higher than the IQs of theoretical physicist Albert Einstein and cosmologist Stephen Hawking, who have IQs of 160.

Isabel, 14, said: “When I found out I was selected for Mensa, I was really excited and agreed to do it because it was a new opportunity and I was curious to know my score. When I received my results I was quite surprised and really happy.” 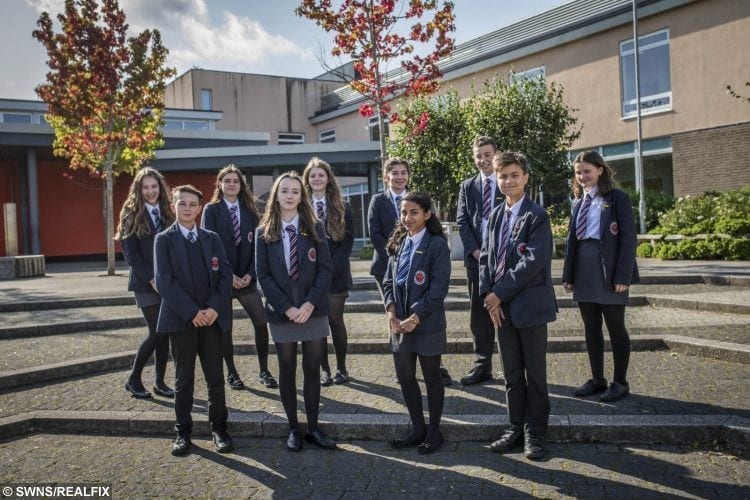 Vice principal Rob King said: “We are absolutely delighted to have such amazing students at St Bede’s. They are a credit to the college and their families.

“Being invited to become a member of Mensa will be a huge boost for these students as they begin Year 10 and their GCSE courses. It will give them further confidence that they can do or be whatever they set their minds on. The sky is the limit.”

All 10 pupils will now be invited to be part of the Mensa Society.

Mensa is the largest and oldest high-IQ society in the world, and regularly sets tests for people to gauge their IQ.

Fizzy Drink Addict Who Guzzled 65,000 Cans Of Coca Cola Over 30 Years Has Finally Kicked The Habit – And Dropped Six Stone