Schoolgirl, 11, with alopecia develops scalp rash from cheap acrylic wig given to her by the NHS

The mum of a girl suffering alopecia has slammed the NHS for not providing her daughter with a “real hair wig” – after her plastic one left her with a nasty rash.

Vicky Kibble, 36, claims the NHS is failing her daughter Charley, 11, whose acrylic wig irritates her head, after they refused her a natural hair wig.

The mother-of-one says if the family were to buy Charley the two ‘real hair’ wigs a year that she needs, it would cost a total of £3,600 – a sum they cannot afford.

Now Vicky has spoken of her concerns about the psychological impact on her as she starts a secondary school in September.

The Clinical Commissioning Group (CCG) in Lancashire told Vicky in a letter that it would not stump up the cash, saying it “defines exceptionality solely in clinical terms” and “personal, social or psychological factors will not be taken into consideration”.

“I’m primarily concerned because she is going to high school this time and I want her to feel as comfortable as possible.”

Vicky said the real hair wigs could be styled and look more natural than the plastic ones – so Charley’s hair would not stand out.

Speaking about her daughter’s condition, Vicky said: “Charley has suffered from alopecia since she was five-years-old.

“She started wearing wigs about two years ago, and a charity called the Little Princess Trust paid for the natural wigs for us at first – which was great.

“And Charley needs two wigs a year – so it’s obviously a lot of money.” 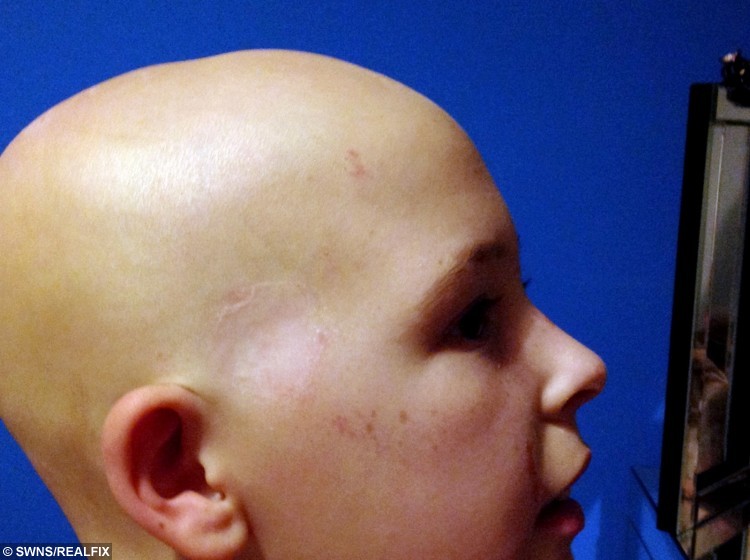 A spokesman for the CCG said: “Patients who need to, can access the NHS service from East Lancashire Hospitals Trust where they can choose between acrylic and human hair, bespoke wigs.

“Unfortunately there will be occasions when individuals wish to obtain a more expensive option that isn’t available on the NHS.

“While we empathise with anyone in this situation, we believe that the NHS service is a suitable option and as such we cannot fund more expensive options available elsewhere.

“The policy for individual funding requests does not take into account personal, social or psychological factors as the decision has to be based on clinical need and clinical priority.”