by RealFix
in Animals, General, Must Read
0

A seal emerges with a blue plastic bag on its head.

This shocking picture shows a seal surfacing in a British harbour – with its head stuck in a plastic bag.

Amateur snapper Martyn Cannan, 57, was watching the animal play happily in the water when it ran into the single-use carrier.

The seal struggled for around 15 minutes before it was able to dislodge the blue plastic in Brixham, Devon.

Martyn, 57, an examiner from Paignton, Devon, shared the image online – which sparked a furious response from locals who are sick of plastic pollution. 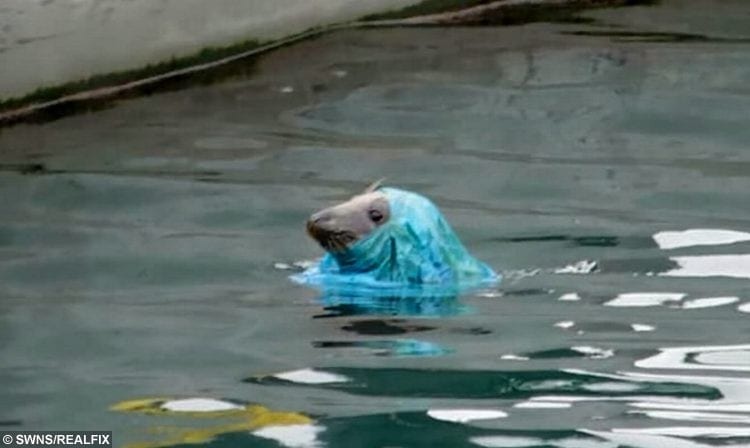 He said: “It was glorious weather on Saturday afternoon and we always keep a lookout for the seals – it’s a highlight when we see one.

“I took the picture because we were debating what to do and I was going to send it to the Cornish Seal Sanctuary at Gweek and ask them for advice.

“It was obviously bothering him but after 10 to 15 minutes or so he managed to free himself.

“There was quite a crowd watching and there was relief all round.

“If my picture raises people’s awareness and stops one person from throwing a plastic bag into the sea then it’s done its job.”

A pod of around 20 seals live in the waters around Brixham.

Sarah Greenslade carries out seal identification in the area for British Divers Marine Life Rescue and photographs the colony daily.

She has also taken pictures of seals caught up in plastic bags in the harbour. 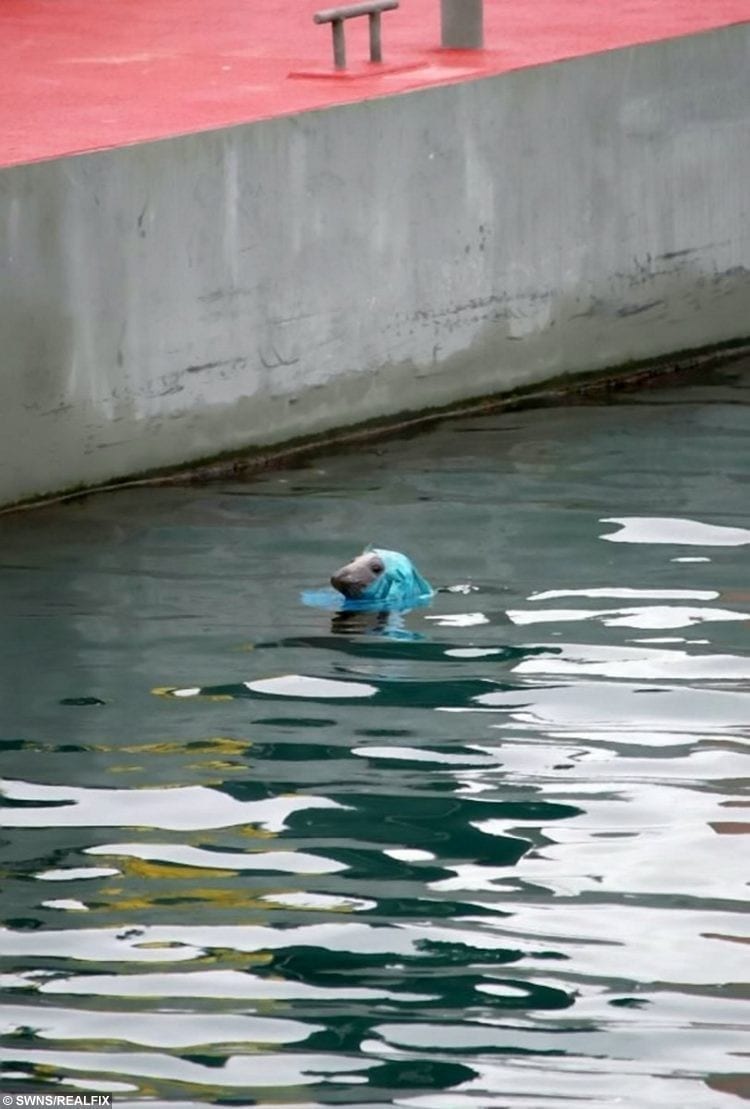 On one occasion she photographed a seal with a jumper tangled around his head and another time a seal became trapped in the spokes of an umbrella.

Sarah said: “There was also a seal a few weeks ago in the inner harbour which I photographed with a plastic bag on its head, then a jumper.”

A spokesperson said: “Thankfully the seal managed to extricate itself from the bag. This really illustrates the risk of littering and the need for cleaner coasts.”

People have been shocked and distressed by the sight of the seal trapped in a plastic bag.

Sally Hoult said: “Poor seal. Humans are causing so much stress and harm to our wildlife. When are we going to learn?”

Janette Nolan Janette Nolan said: “Get rid of plastic bags once and for all, if humans can’t dispose of bags in the proper way.”