The two huge mounds of rubbish – around 6m long and 3m high – were illegally offloaded just a few miles apart within the space of a week.

One 30-tonne pile was strewn on farmland, while the other was discarded at the entrance to a school playing field – leading to its closure. 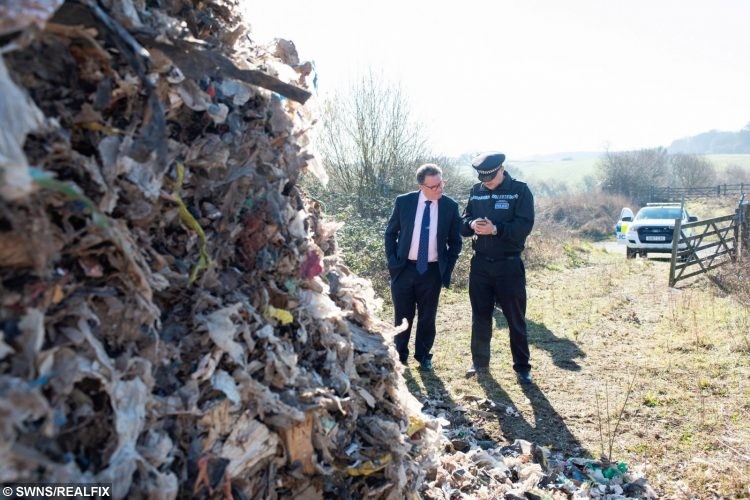 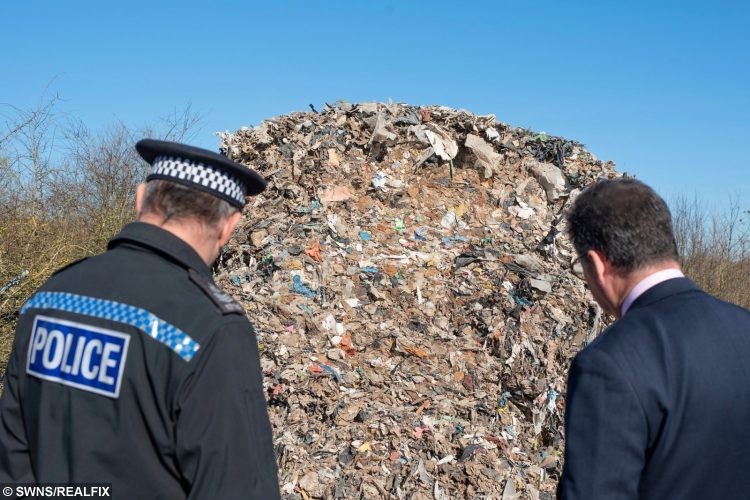 David Lloyd, Police and Crime Commissioner for Hertfordshire, where the fly-tipping happened, said: “These are some of the worst fly tipping crimes I have come across anywhere in the county.

“It is going to cost several thousand pounds to clear up the mess these criminals have left behind.

“The scale and audacity of this crime is shocking, there should be severe penalties for the offenders when they are brought to justice.”

One of the piles was left on farmland in Barwick, Herts., at around 5am on Monday.

The other was left overnight at Jobbers Wood, a sports field for Bishop’s Stortford High School in Much Hadham, Herts., between February 18 and 19.

Both were made up of processed residential waste which had been sorted then compacted. 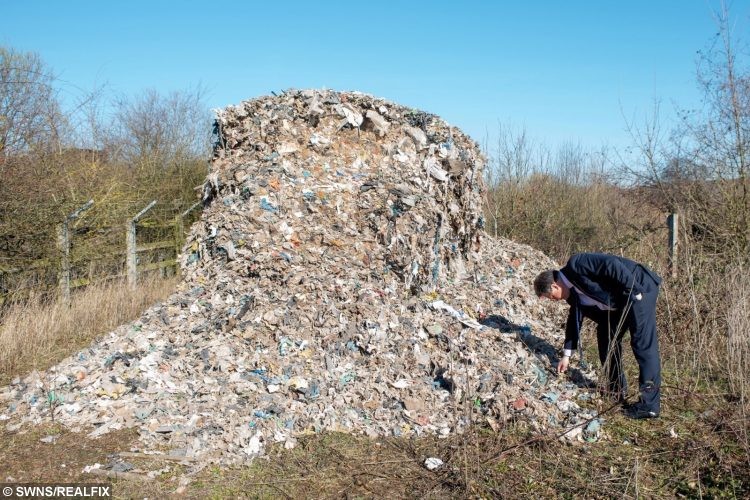 Referring to the dumping in Barwick, local Sgt Duncan Wallace said: “This was an organised operation involving the dumping of processed waste.

“To gain access to the site a padlock was cut off a gate with an angle grinder.

“We are working with our partners at the council to investigate the matter.”

Graham McAndrew, executive member for waste at East Herts Council, said: “Due to the size of the fly tips, we had to report it to the Environment Agency.

“An East Herts officer will always attend to try and find evidence for prosecution.

“We would encourage anyone who may have witnessed an incident like this to come forward with information as this could help us bring the culprit to justice.”