A cheeky shopkeeper is selling original full-sugar cans of Irn Bru for £3.99 – after the calorie count was reduced to fight obesity.

She says people have come from hundreds of miles to buy a can – and she’s had ZERO complaints about the cost.

Irn Bru maker Barr first announced in 2018 it would change the formula of the famous orange tipple. 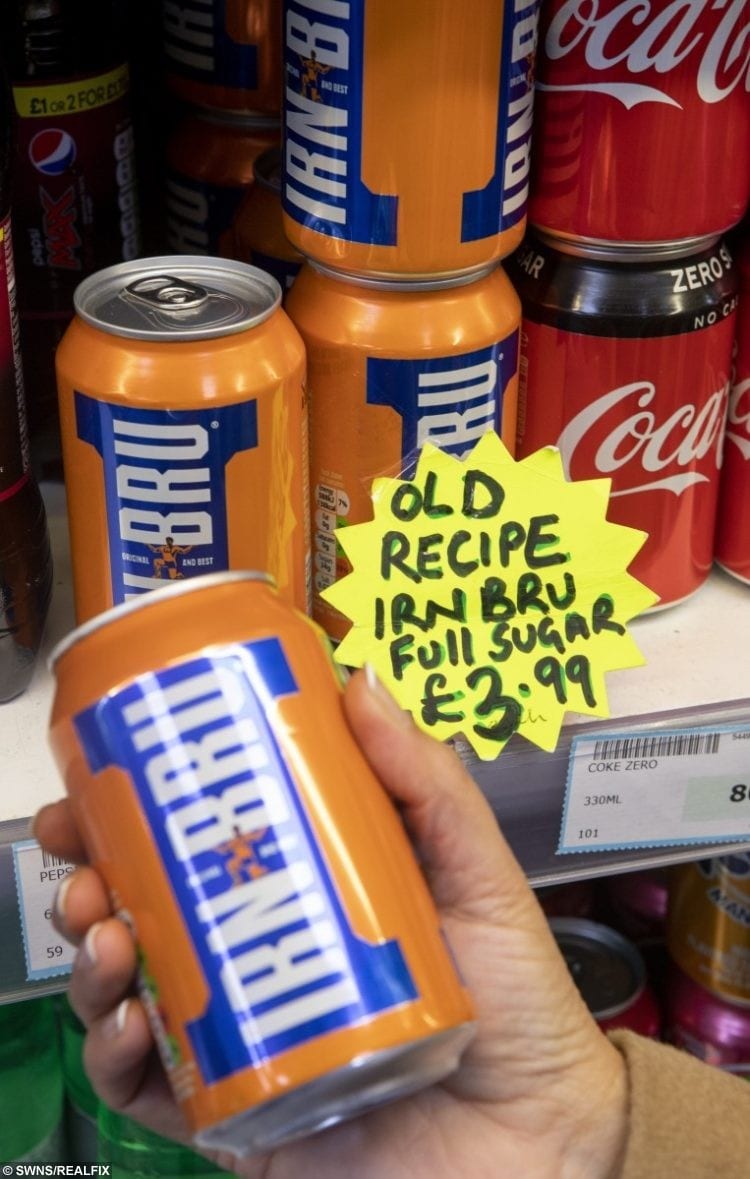 The move was in response to a sugar tax implemented in the UK in April 2018, intended to combat obesity.

But entrepreneurial sellers stocked up on the good stuff and those with a craving for the full sugar hit are paying over the odds to get their hands on a can.

Shugufta, who runs the shop in Gordon Street, said she had initially stockpiled some cans of Irn Bru while they were still in supply.

And despite the high price, Shugufta, 53, said the drink is flying off the shelf as people from all over the UK keep buying it. 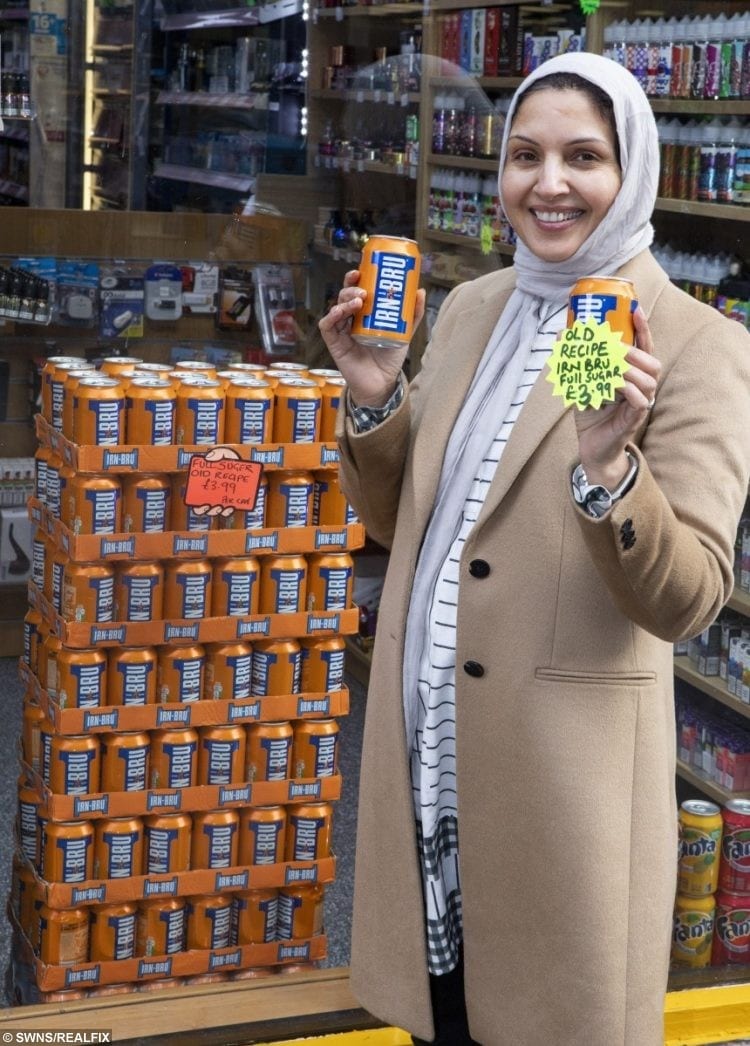 She said: “I’ve had people from Aberdeen, Dundee and even customers from down south coming in to buy the drink.

“Some people actually buy it and put it in a case as they believe it will soon be a collector’s item.

“We are selling it for £3.99 and I’ve not had anyone complain about the price yet. They are happy to buy it at that price.

“Some people buy it for friends too. I have about 60 cases left and there are 24 cans in each case.

“People honestly love the taste of it, it’s a big treat for them.”

Barr reduced the sugar content to less than 5g per 100ml which has made Irn Bru exempt from the tax. 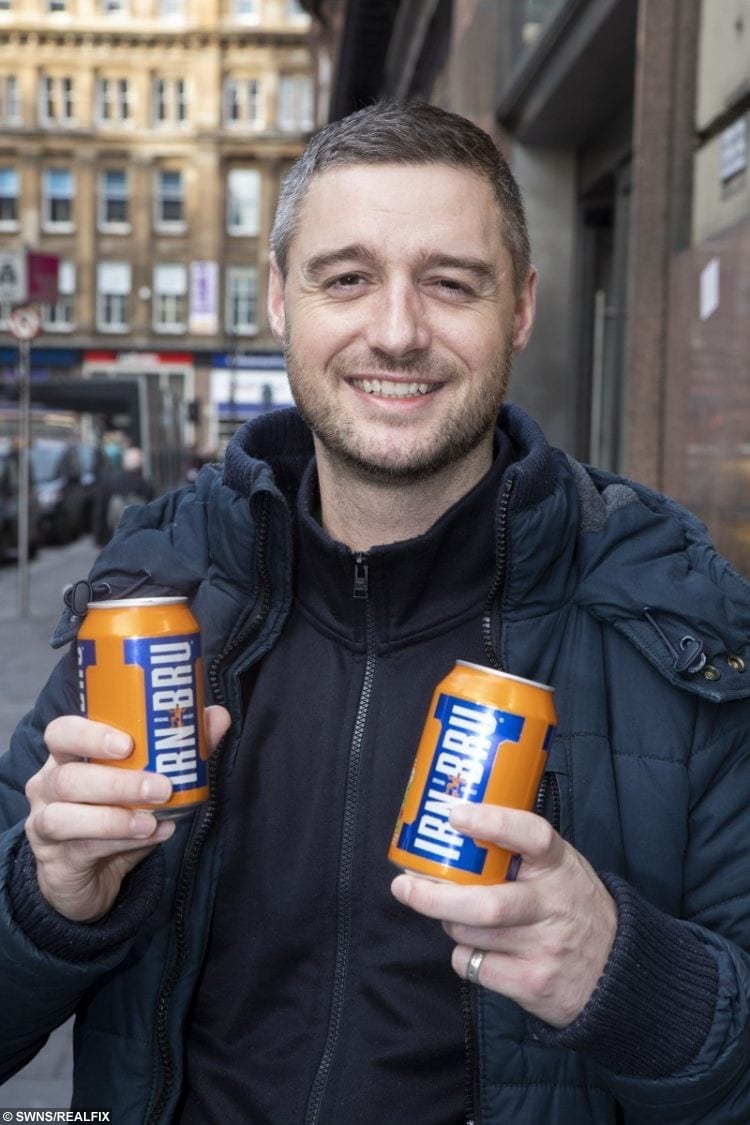 Shugufta says once her Irn Bru ran out last year she managed to source it from someone else.

She added: “I had stocked up Irn Bru during March last year.

“Then during July and August people started buying cases of it and my stock went really low.

And despite the orange drink flying off the shelves, Shugufta says Irn Bru isn’t her favourite drink. 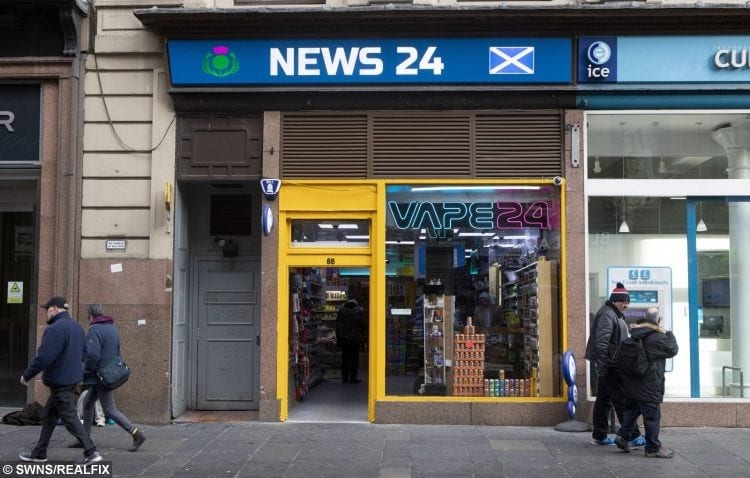 The shop owner said: “I’m a Coca Cola fan, the full sugar one.

“I’m a bit older now so I try and be a bit healthy, so I only drink it as a treat now and then.

“If it went out of production I would even pay £10 for a can but only maybe once a month.”

Shopper Harry Harker, 24, from Shawlands, Glasgow, said: “I am going to go to the shop on my lunch break to buy about four cans.

“You’ve got to realise that you are not just buying a can, you are buying a piece of history.

“The new Irn Bru is just not the same and when the day comes for me to have kids, it will be a shame that they never got to taste it properly.”

Ronan Coyne, 19, from Partick, Glasgow, said: “I was so chuffed to get the full sugar Irn Bru.

“It just brought back memories.

“A few weeks after Barr announced Irn Bru was changing their recipe, I stocked up about 120 cans in my room.

Ronan, a cybersecurity engineer, says the price is out of order.

He said: “It is out of order but people will pay it nowadays.

“We all just hate the less sugar one.

“This is because they actually realised people like the full sugar one.”

Alastair Smith, a volunteer coordinator, says he got two cans of the full sugar Irn bru for his partner.

He said: “It’s for Valentines Day, so rather than my partner getting a card, she can get a can of Irn Bru.

“She’s a big fan of it, she’s been dropping hints to say she wanted it all month.

“I do think the price of it at the newsagents is alright, after all, it is a one-off.

Alastair, 32, from the Gorbals area of Glasgow, added: “The sugar tax is a good idea to be honest.

“But I do think Barr should have released the full sugar drink on smaller bottles or something.

“But you never know, they could relaunch it, it could be part of a marketing campaign.”

Expats in Spain: what you need to know