A daredevil gran celebrated her 90th birthday in style by going for a ride – on a Harley Davidson.

Rosetta Davis went out for a spin on the motorbike with her son, Mickey Davis, to mark the milestone.

The 90-year-old got a taste for the biker life in her 70s when Mickey, 54, took her to the bingo on the back of his bike.

But last week the grandmother-of-three, celebrated her first day in her 90s by riding up and down her road in Brick Lane, east London, on the back of the back high powered ‘hog.’

On Tuesday, her 90th birthday, the retired fruit market worker felt the took to the road to feel the wind through her hair to celebrate the occasion, with her friends and family watching on.

She said: “I absolutely loved it, my kids dared me saying I wouldn’t go on the back, so I gave it a go.

“I only went up the road and back but it was one of those experiences you have to try.

“I liked it so much that whenever Mickey comes round with the bike I’m going to have a go on it.

“He said he might take me down to Brighton on it.

“I’ll give anything a go one and I really enjoyed it. 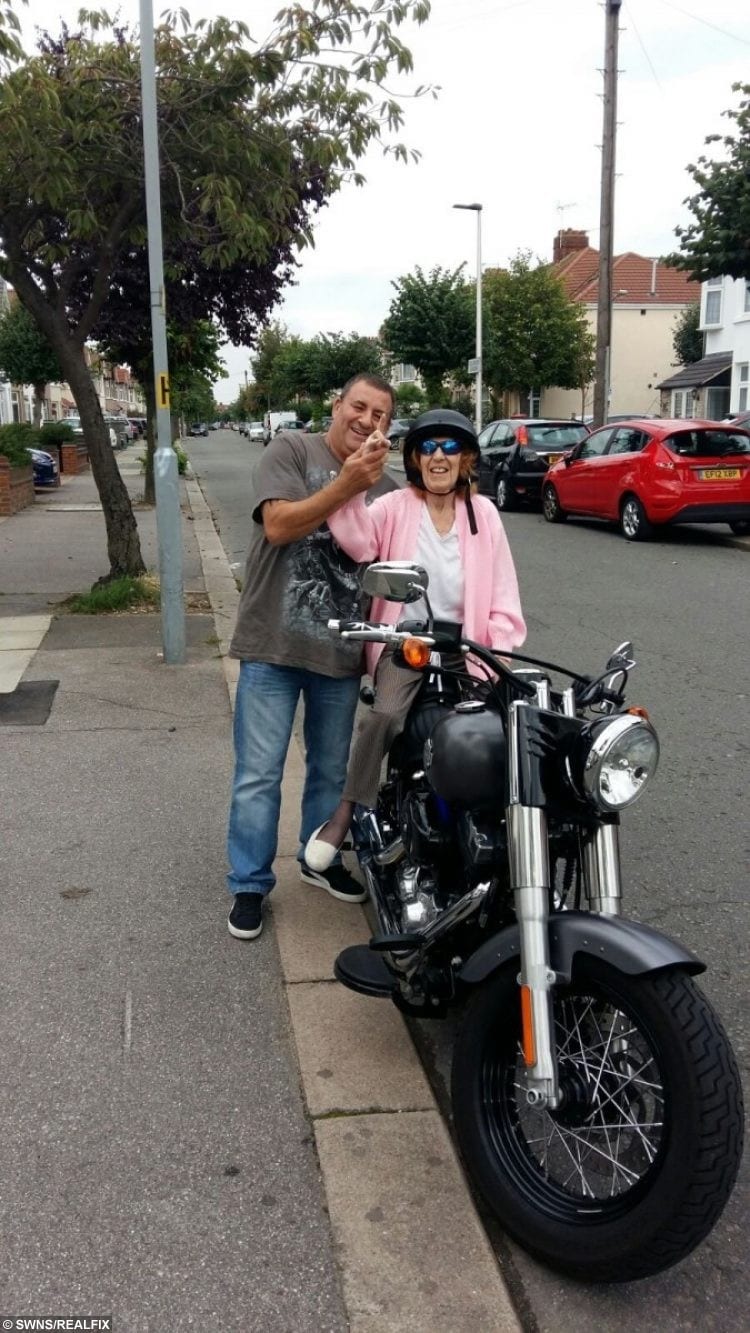 Rosetta have lived in the same flat on the fourth floor, which has no lift, for the last 54 years, and still walks up and down to go to the shops.

Carer Mickey, from Ilford, Essex, uploaded the footage to YouTube and Rosetta hopes the clip goes viral to inspire others her age to be more daring.

He said: “She’s a game girl, she really enjoyed it. I think it’s really unique that she’s done this. I’ve seen a few in America, but none in Europe at her age.

“She doesn’t get out as much as she used to, but she still gets up and down the stairs.

“Six years the council said they were going to put a lift in but they still haven’t done it.”

Dog Achieves International Fame Over Her Likeness To A MERKAT