This is the world’s biggest bouncy castle – a mammoth 893ft-long inflatable known as “The Beast”.

It’s been created to give adults the chance to be “a kid again”, and is made up of 32 inflatables across the length of more than two football pitches.

Anyone brave enough to boing faces a tiring race to the finish as they take on a challenging course of inflatable walls, rings and enormous bouncy balls. 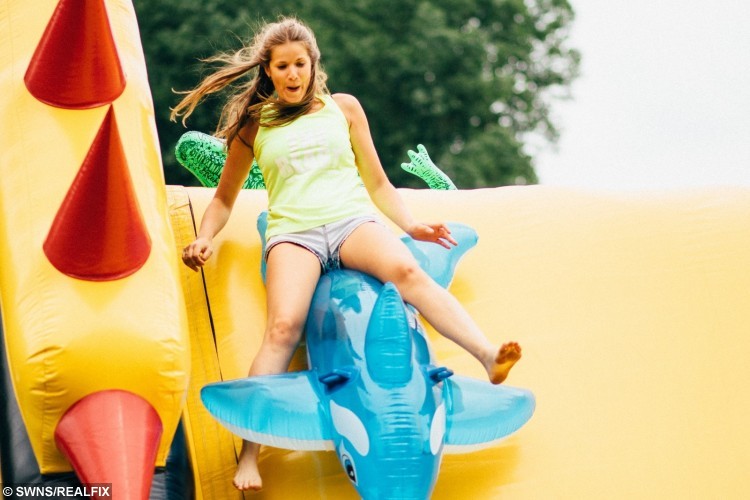 Benedikt De Vreese, owner of V-Formation, the company that custom made The Beast, said: “People are dead tired when they slide the last piece of the track but after that they can’t stop talking about how cool it was.

“That’s why we built this, to create something special for adults but where they can be a kid again.”

“It’s not always about power or speed, it’s about endurance and knowing yourself.

“It’s about starting with 100 per cent energy and making sure you finish with zero per cent without reaching that point in the middle of The Beast.” 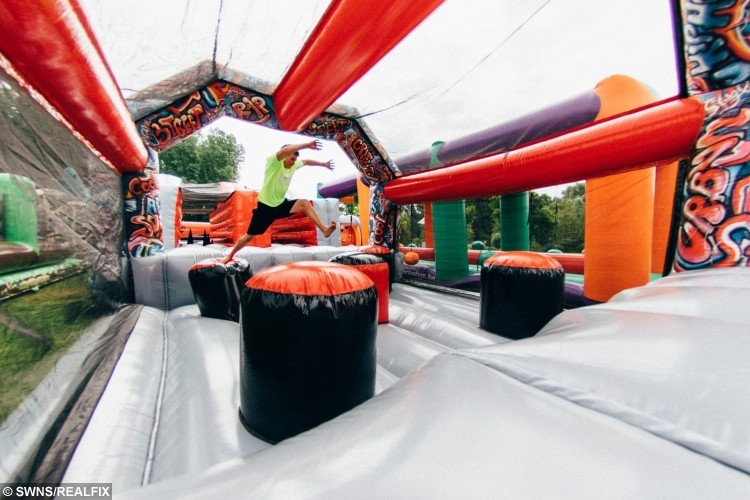 The course, which is currently in a nature park in Belgium, has already seen people competing for a record time while dressed as Spider-Man or carrying giant inflatable ducks.

It will be heading to Hyde Park in London in 2017, where they will challenge contestants to become the fastest person to complete the course.

But they already have plans to add another 196ft to help them reach their ultimate target of having an entire kilometre of inflatable track.

Benedikt added: “Are the people of the UK ready for this one?”

Aww! Adorable French bulldog desperately tries not to sneeze – when a lizard crawls onto his NOSE

Aww! Adorable French bulldog desperately tries not to sneeze - when a lizard crawls onto his NOSE