The dad of a five-year-old golfing prodigy has built his son a £6,500 state-of-the-art putting green to help him emulate his idol Rory McIlroy.

Golfing mad Rob Moore splashed the cash to install the five-hole green, complete with specialist artificial grass, on his front lawn so his son Bobby can practice every day.

And it seems all the practice is paying off after Bobby hit his first hole in one at the tender age of three and has won competitions against children aged 12. 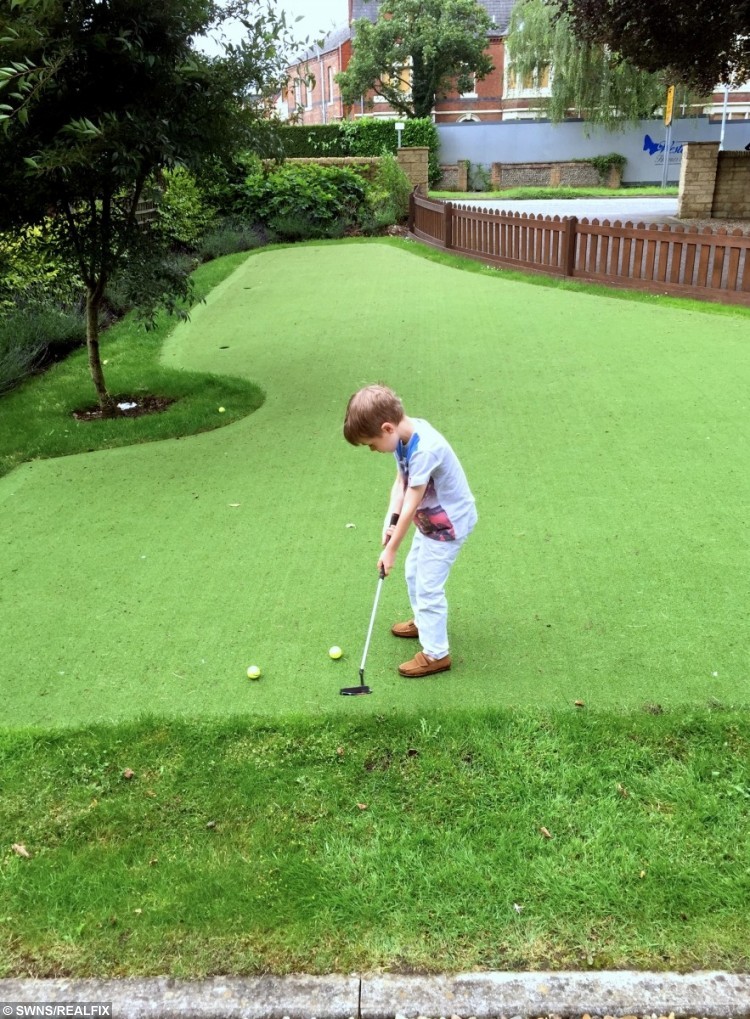 He is so good that he has been allowed to play in competitions normally reserved for children aged six and above.

Dad Rob, 37, is a self-confessed failed professional golfer and admits to pushing his son to try and achieve what he never managed.

And the Brit is certainly heading in the right direction after winning a string of awards in competitions at his local club in Peterborough, Cambs, against much older children.

This weekend the pair will head out to America where Bobby will be the youngest competitor in two of the biggest children’s tournaments in the world. 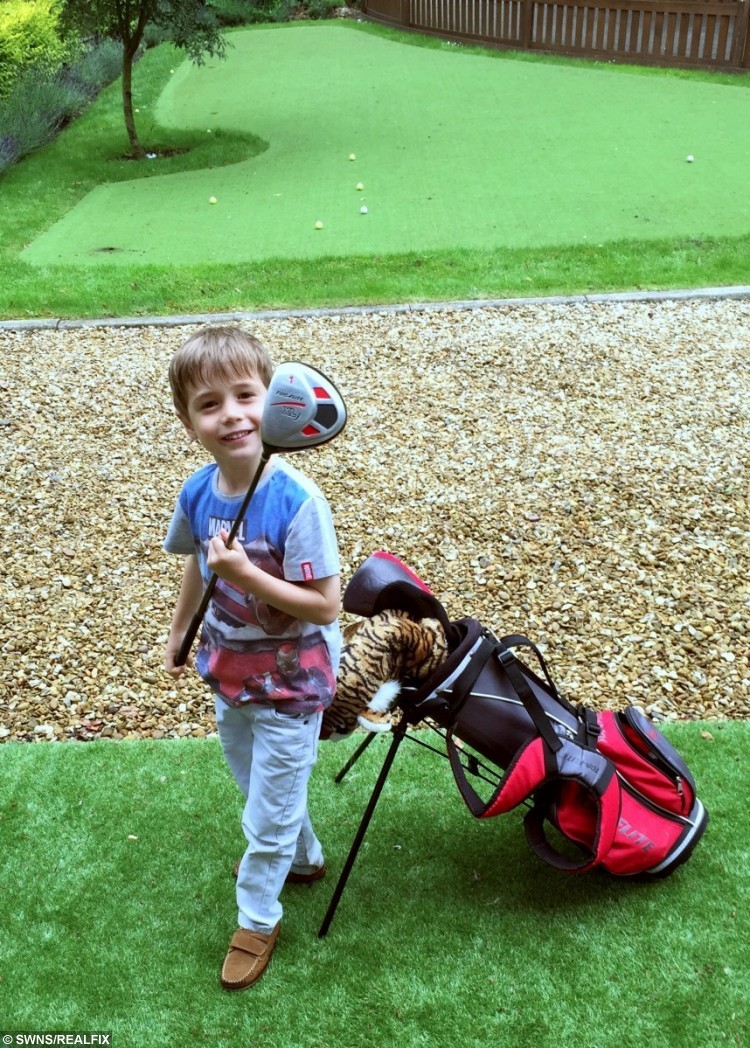 Entrepreneur Rob said: “We play most days now. I’m a failed want-to-be professional who is living my passion through my son.

“The sport is teaching him good values, etiquette, and how to work with other children.

“We have pictures of him holding a club when he could hardly stand up.

“He got his hole in one at Thorpe Wood Pitch and Putt when he was three. 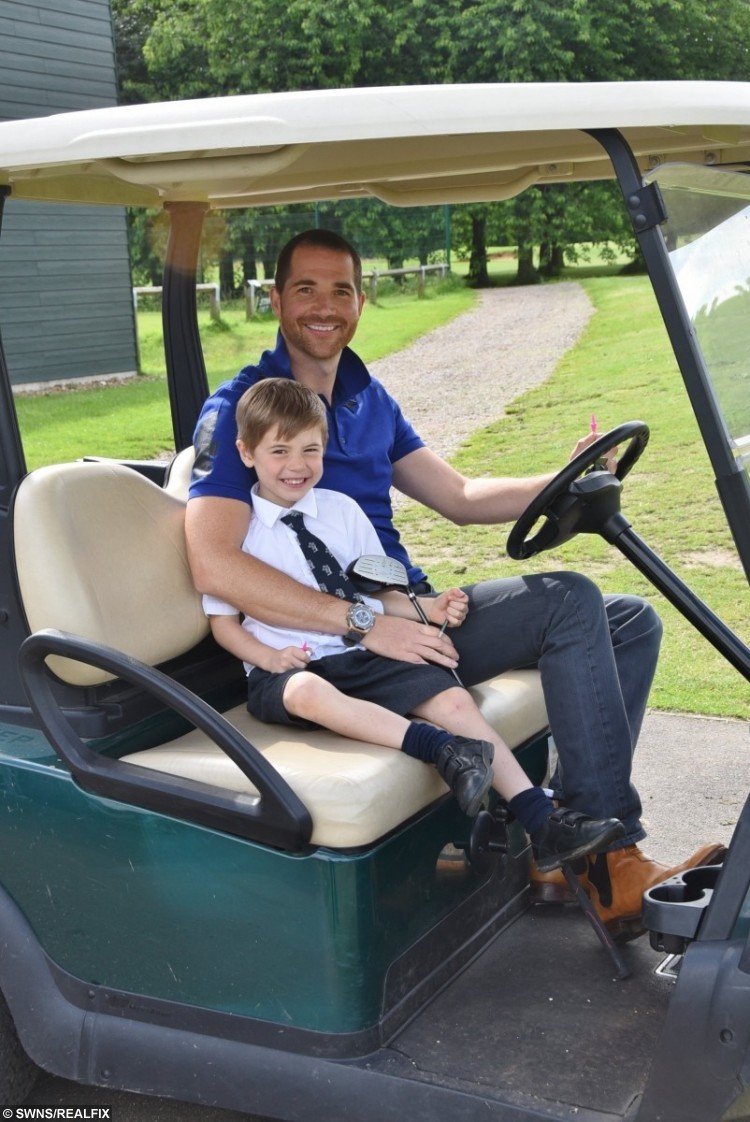 “Unofficially, I think he is the youngest person to ever get a hole in one, but the Guinness Book of Records says you need proof.

“One of the great things about Bobby is he is blissfully unaware of the significance of what he has achieved.

“I went crazy when he did it – I think people in Stamford must have heard me cheering, but he was very calm. He got the hole in one younger than Tiger Woods.

“He beat me last weekend – and it was a proper win too, without me giving him shots. There was a mixture of pride and embarrassment at that result.

“He plays the full course at Thorpe Wood, but off the red tees,

“He is very shy, but every time we play, people give him a round of applause.

“I’m a bit of an obsessive person, so I put a putting green on the drive, with a chipping matt.

“We watch golf on the TV, and even read him golf stories.” 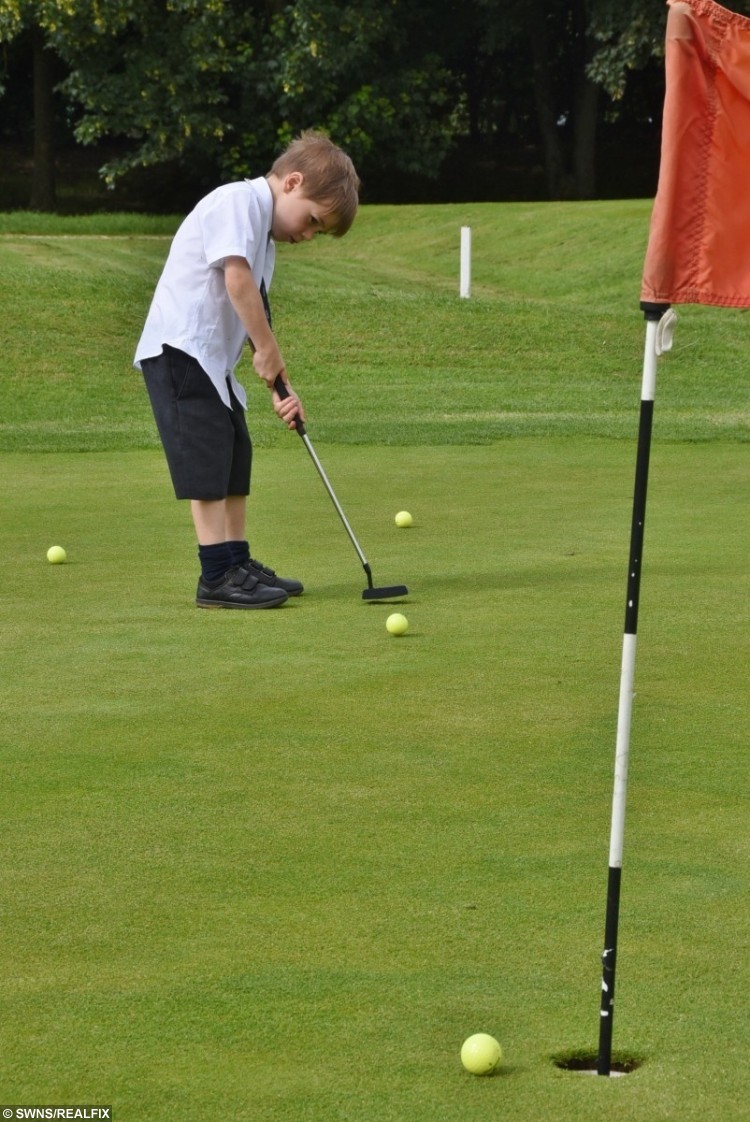 Bobby has had messages of support from professional golfers including Luke Donald as he prepares to head off to America at the weekend.

Rob said: “He is the youngest qualifier for the two tournaments. I want to win in everything I do – but I have to temper that, as some of the children will be two years older than him.

“It will be good to interact with other good young golfers, and I hope he enjoys the tournaments.

“They are like the Majors in golf – one of the tournaments has an opening ceremony and even a practise day. 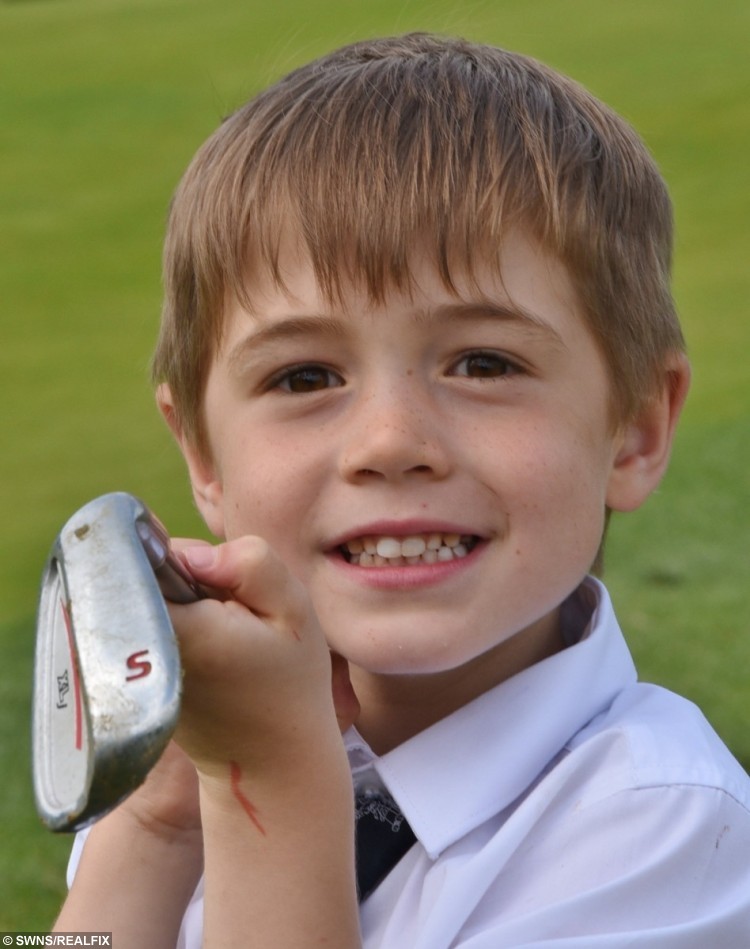 “A lot can happen in the future, so who knows what will happen – It would be nice for him to become the first world number one from Peterborough.

“Lots of coaches around the world have said he is the best golfer they have seen for his age.

“At the moment he wants to be best in the world so he can have money to buy toys.”

YOU SHALL GO TO THE BALL! – Firefighters help stricken teenager get to the prom

YOU SHALL GO TO THE BALL! - Firefighters help stricken teenager get to the prom